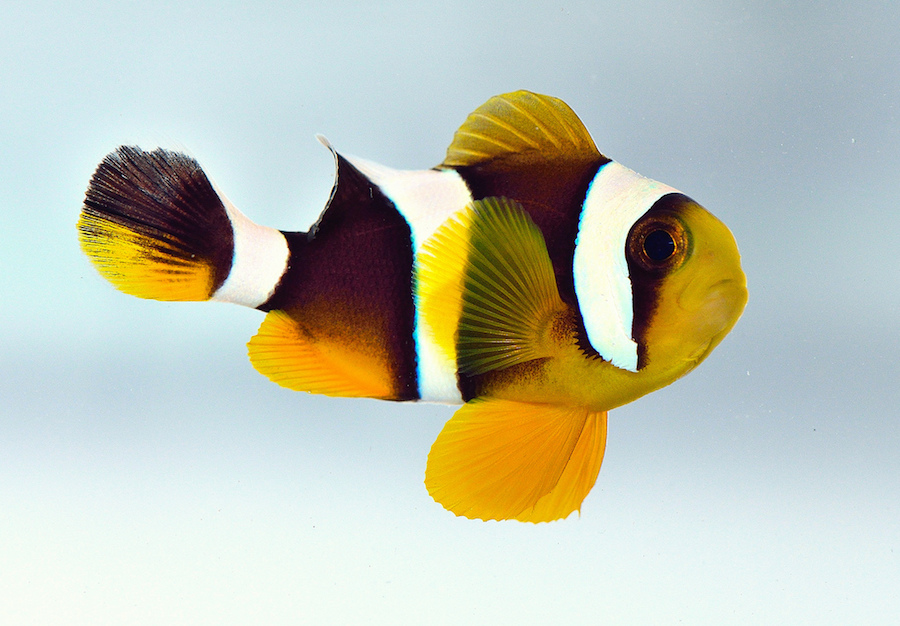 Amphiprion chrysogaster is so named for its yellow belly, although this is a poor diagnostic, as many members of the clarkii group complex sport the same coloration. Photo credit: Lemon TYK.

Today’s instalment of epithet etymology aims to elucidate the literary meaning behind the Mauritian Clownfish, Amphiprion chrysogaster. Whether you’re a scientist, an aquarist, a librarian or even a streetwalking pedestrian, you’ll have to agree that clownfishes are arguably one of the most iconic fish in the sea. Considering the unfathomable number of fish living in our oceans, that’s quite an honorary title to bear indeed. Still, most people stop at the clownfish, or worse, “nemo” moniker, never realising that there are a little over thirty species in two genera, or what their names stand for. 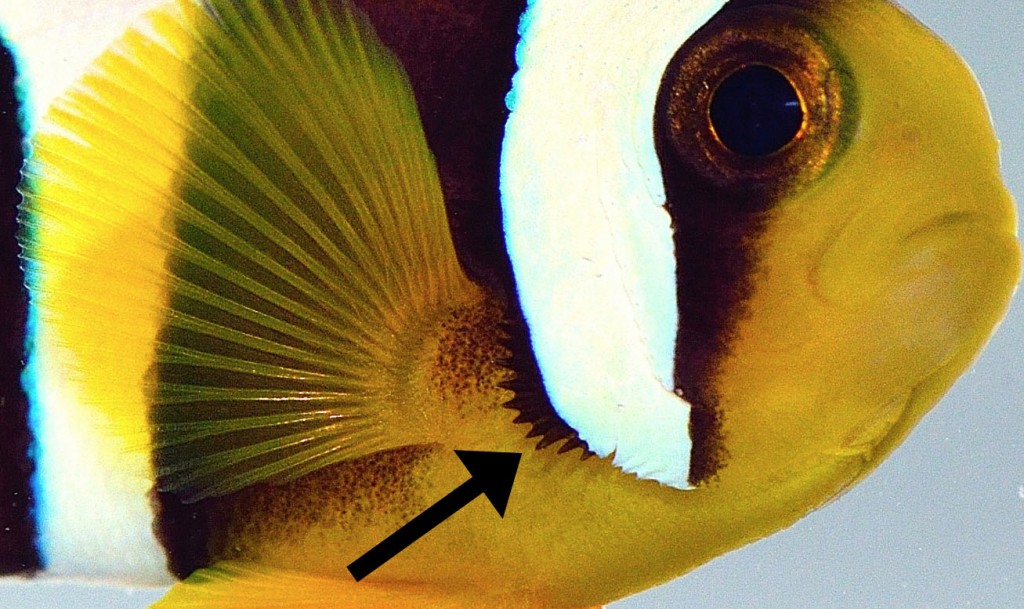 The serrated sub and pre-operculum can be seen in this photo. Photo credit: Lemon TYK.

The generic epithet “Amphiprion” is the combination of the greek works “amphi” = “on two sides; around” and “priön” = “saw“. This is in reference to the deeply serrated sub and pre-operculum of all Amphiprion species. These saw like serrations can even be seen in the closely related monotypic genus Premnas, which currently houses a singular taxon, P. biaculeatus, otherwise known as the Maroon Clownfish.

Since we’re on the topic of Premnas, and seeing as this is epithet etymology, we’ll digress a little and go ahead in explaining Premnas as well. The genus comes from the greek word “premnon”, which means “the stump of a tree”. The specific epithet “biaculeatus” is a combination of the words “bi” = “two”, and the latin “aculeatus” = “thorn or spike”, in reference to the opercular spines found in the species. However, how or why it was named in reference to a tree stump, has me stumped.

A. chrysogaster is an uncommon species in the trade, but can be obtained with some regularity from Mauritius. Although its latin name quite clearly demonstrates its appearance, it fails as a key diagnostic in the grand scheme of clownfish identification, as a handful of other species in the Amphiprion clarkii group complex sports this yellow (or gold) bellied regalia.