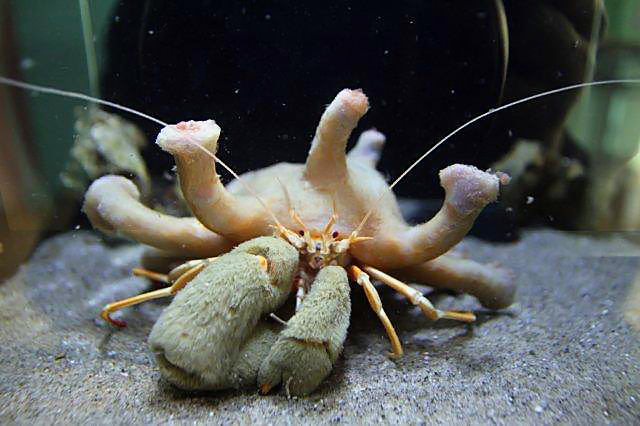 One of the most diverse groups of zoantharian corals is also one of the least known amongst aquarists. Epizoanthus is composed of dozens of species, ranging from shallow waters to habitats hundreds of meters deep, from tropical coral reefs to cold temperate climes, and they can be found in nearly every major marine body of water. 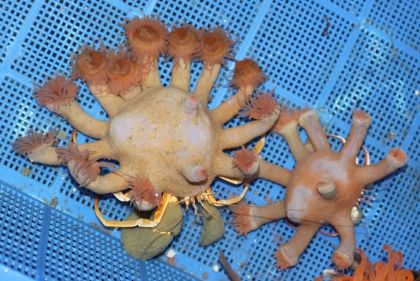 Most taxa are a translucent or opaque white, with some of the more opulent species adorned in pulchritudinous hues of brown and black. So, no, these are not the type of corals which will ever be fragged, given a silly trade name and sold for some exorbitant amount of money. 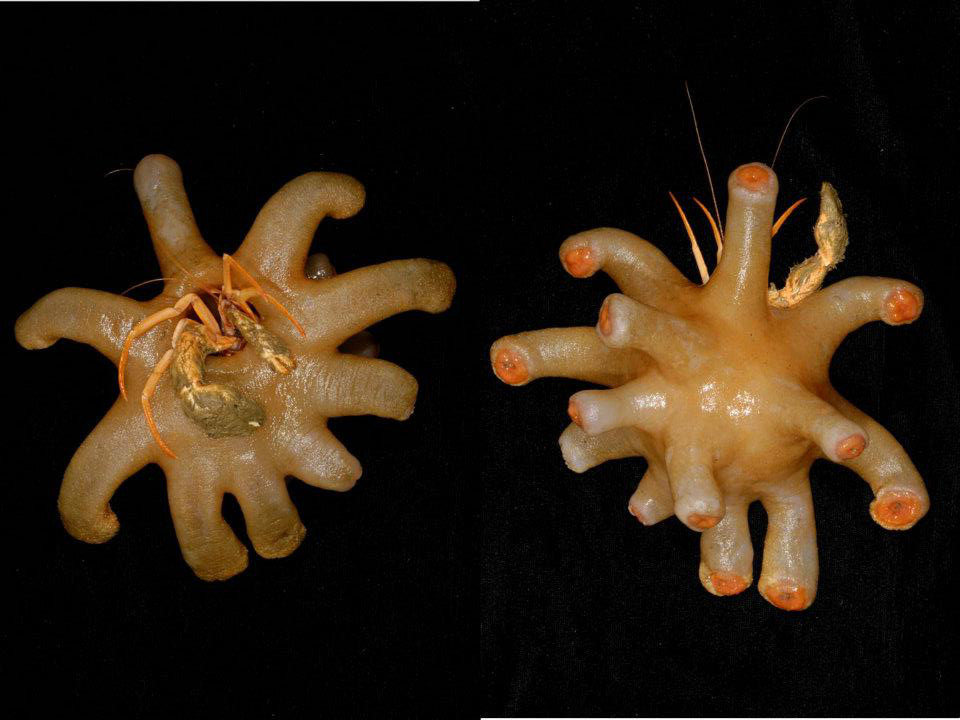 Where Epizoanthus truly shines is in some of its unique interspecies relationships. While several species (predominantly those known form temperate or deepwater habitats) are found free-living on rocky substrates, there are numerous species associated with creatures as diverse as glass sponges, eunicid worms, snails and hermit crabs. 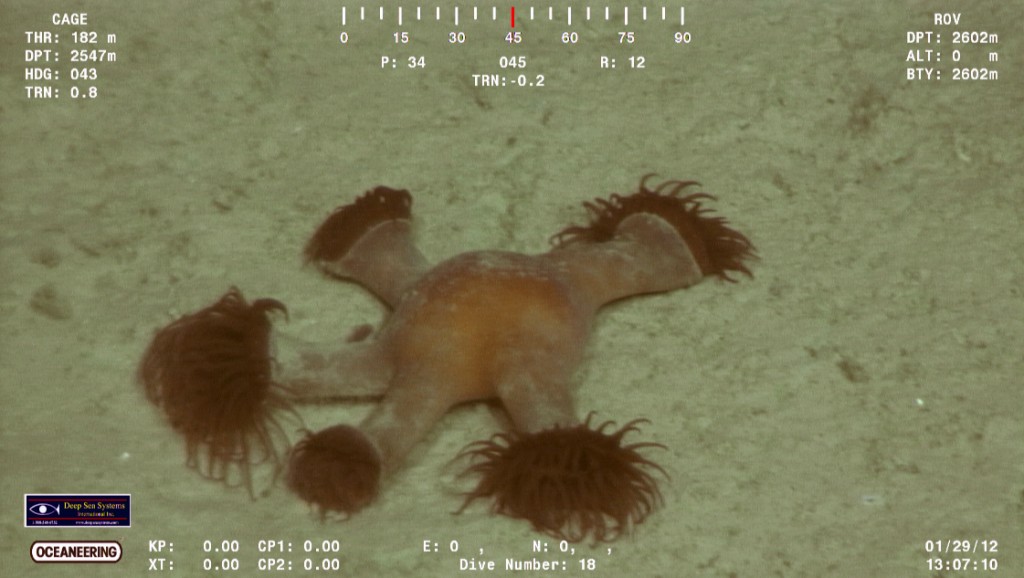 Specimen observed in situ, possibly growing on a live snail. Credit: A. Gates

While Epizoanthus is rarely, if ever, seen in aquarium exports, at least one Japan aquarium has gotten their hands on live specimens. These are likely trawled up from moderate depths by commercial fisheries, alongside some of the strange azooxanthellate corals which occasionally appear in the Japanese market. 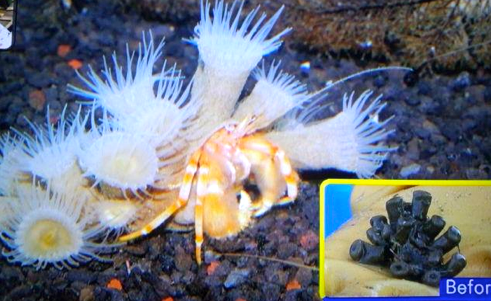 Is this white specimen a different species? Credit: unknown

Multiple species are known to occur on hermit crabs, and a recent genetic study by Dr. James Reimer has suggested that there are, unsurprisingly, undescribed species. Interestingly, he goes on to suggest that there are two separate lineages of Epizoanthus associated with snail shells, one which occurs on the living snail and another which is found with those shells occupied by hermit crabs. It’s difficult to understand how this would work in practice… do hermit crabs ignore those shells already covered in the snail-associated Epizoanthus? Do the hermit crab-associated species know in some way to avoid live snail shells, and, if so, why? What oculd it possibly matter to this polyp whether it is locomoted via gastropod or arthropod?! As is so often the case, we are now left with more questions than we started. 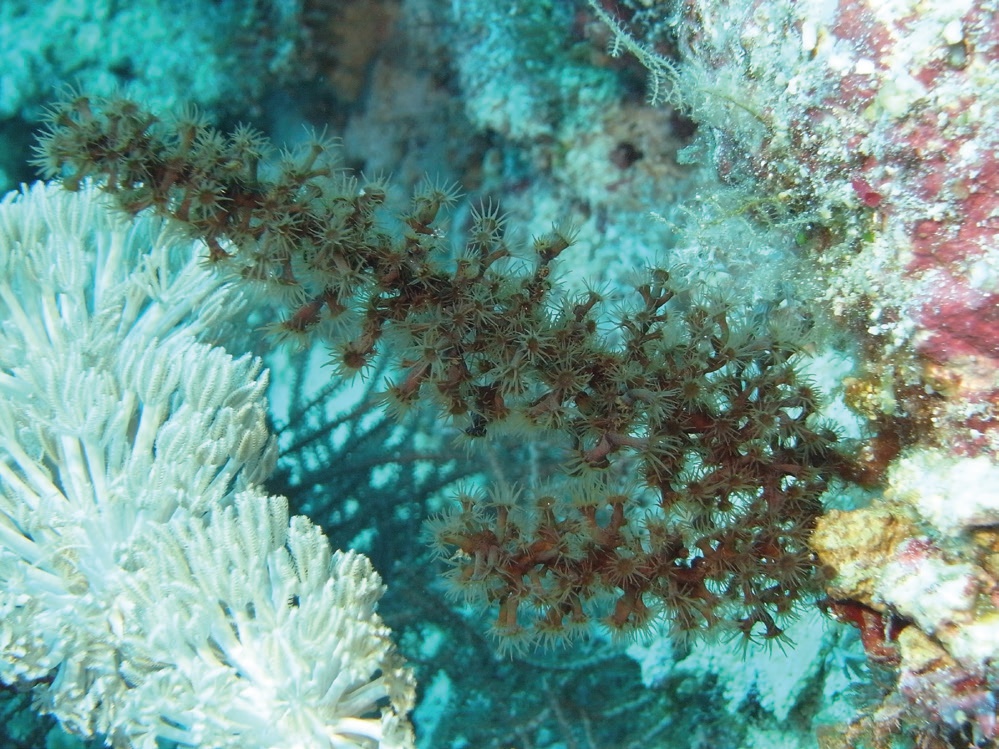 Epizoanthus cf illoricatus, a species associated with the tubes of eunicid polychaetes on tropical coral reefs. Probably the most likely species to ever enter the aquarium industry. Credit: Reimer et al 2015