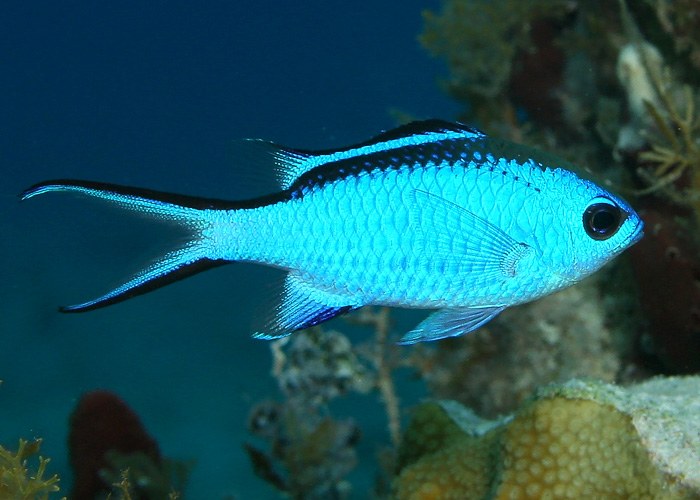 
Having recently lost many fish in my reef aquarium to hypoxia (oxygen deprivation), I can personally attest to the importance of sufficient oxygen for the health of fish.  While corals may be able to cope with temporary oxygen reduction due in part to their algae partners, fish are largely at the mercy of their environment.

The warmer the water, the more fish require oxygen to sustain themselves.  As oxygen demand increases, drops in oxygen levels caused by warming waters, eutrophication, organic decay, and asphyxiant gases (e.g. CO2) poses an ever-increasing threats to fish.  In fact, hypoxia is the number one cause of mass mortality for fish because upwards of 95% of oxygen fish breathe are used just for maintaining metabolic energy balance to live.  As oceans warm and fish inch closer to their hypoxia tolerance, death by oxygen deprivation is unfortunately also expected to rise.

According to an international team of researchers, the rapid pace of climate change is threatening the future presence of fish near the equator.

“Our studies found that one species of fish could not even survive in water just three degrees Celsius warmer than what it lives in now,” says the lead author of the study, Dr Jodie Rummer from the ARC Centre of Excellence for Coral Reef Studies (Coral CoE) at James Cook University.

Dr Rummer and her colleagues studied six common species of fish living on coral reefs near the equator. She says many species in this region only experience a very narrow range of temperatures over their entire lives, and so are likely adapted to perform best at those temperatures.

This means climate change places equatorial marine species most at risk, as oceans are projected to warm by two to three degrees Celsius by the end of this century.

“Such an increase in warming leads to a loss of performance,” Dr Rummer explains. “Already, we found four species of fish are living at or above the temperatures at which they function best.”

The team measured the rates at which fish use oxygen, the fuel for metabolism, across different temperatures – at rest and during maximal performance. According to the results, at warmer temperatures fish lose scope for performance. In the wild, this would limit activities crucial to survival, such as evading predators, finding food, and generating sufficient energy to breed.

Because many of the Earth’s equatorial populations are now living close to their thermal limits, there are dire consequences ahead if these fish cannot adapt to the pace at which oceans are warming.

Dr Rummer suggests there will be declines in fish populations as species may move away from the equator to find refuge in areas with more forgiving temperatures.

“This will have a substantial impact on the human societies that depend on these fish,” she says.

A concentration of developing countries lies in the equatorial zone, where fish are crucial to the livelihoods and survival of millions of people, including those in Papua New Guinea and Indonesia.

In an era of rapid climate change, understanding the link between an organism and its environment is crucial to developing management strategies for the conservation of marine biodiversity and the sustainable use of marine fisheries.

“This is particularly urgent when considering food security for human communities.”