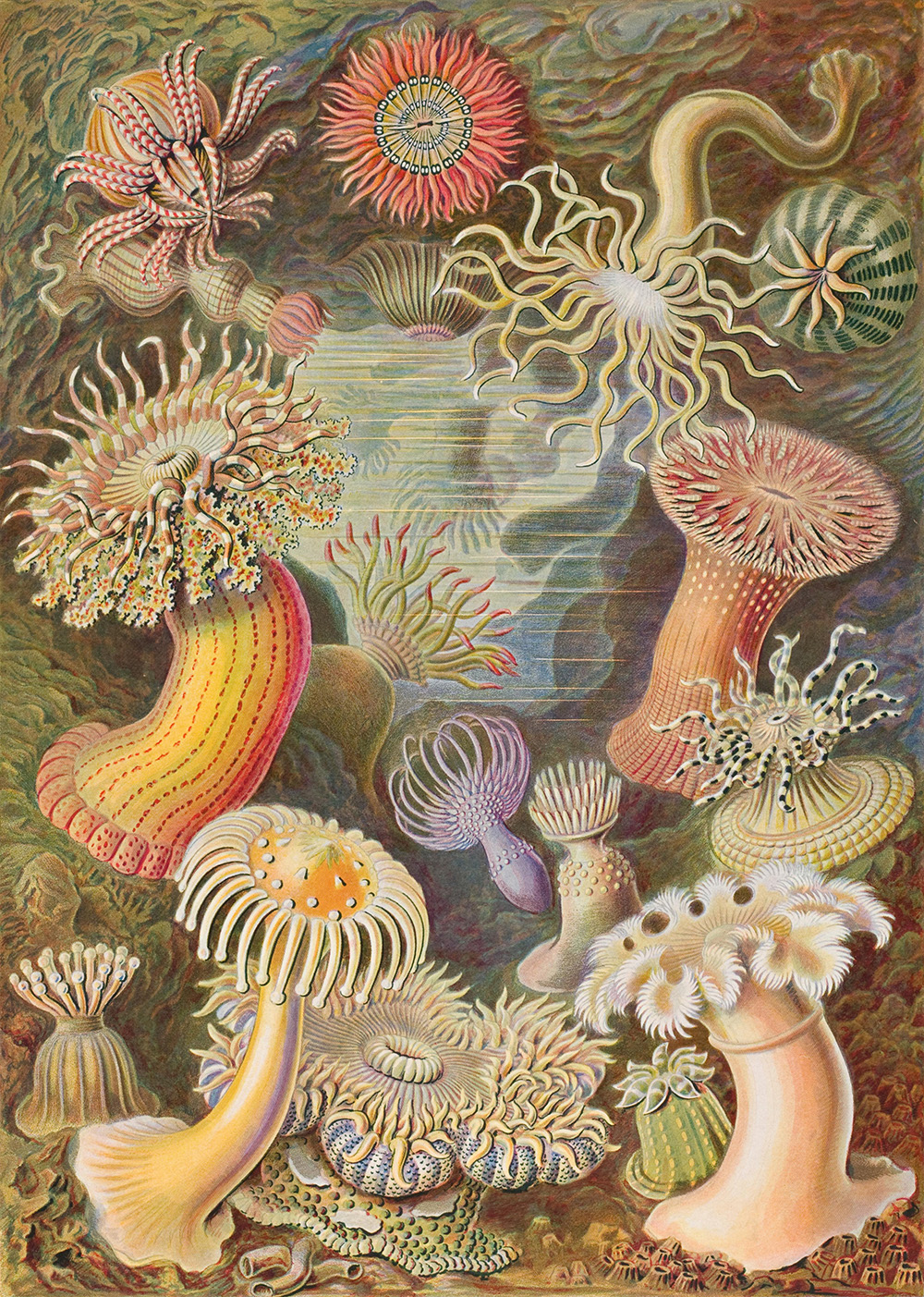 Biological illustration may have become overshadowed somewhat by photography, but it still has its place.   I have several ID books of small critters that incorporate superbly detailed drawings and they really do help, especially with marine life.  And while they work fine, they are purely utilitarian and a long way away from what I’d classify as art.  I recently came across the work of Ernst Haeckel, and wow, just wow! 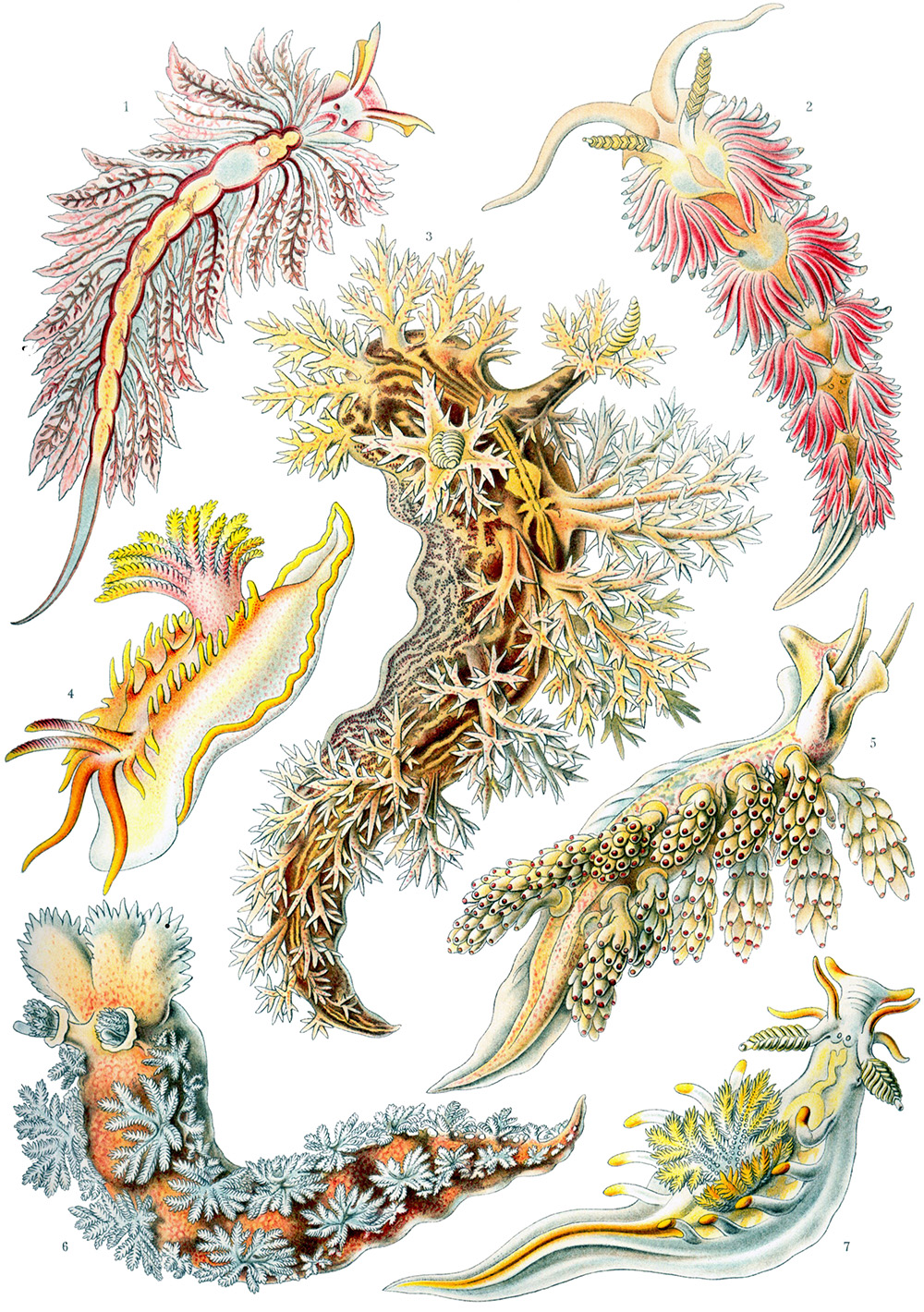 In 1904, Kunstformen der natur (Artforms in Nature) was published.  It contained 100 illustrations in two volumes, based on works by German biologist Ernst Haeckel.  In its day, the illustrations were highly influential on various fields from architecture to the Art Nouveau movement.

Haeckel was fascinated by the symmetry he found across the living world and returned again and again to groups such as echinoderms, anemones, and diatoms. 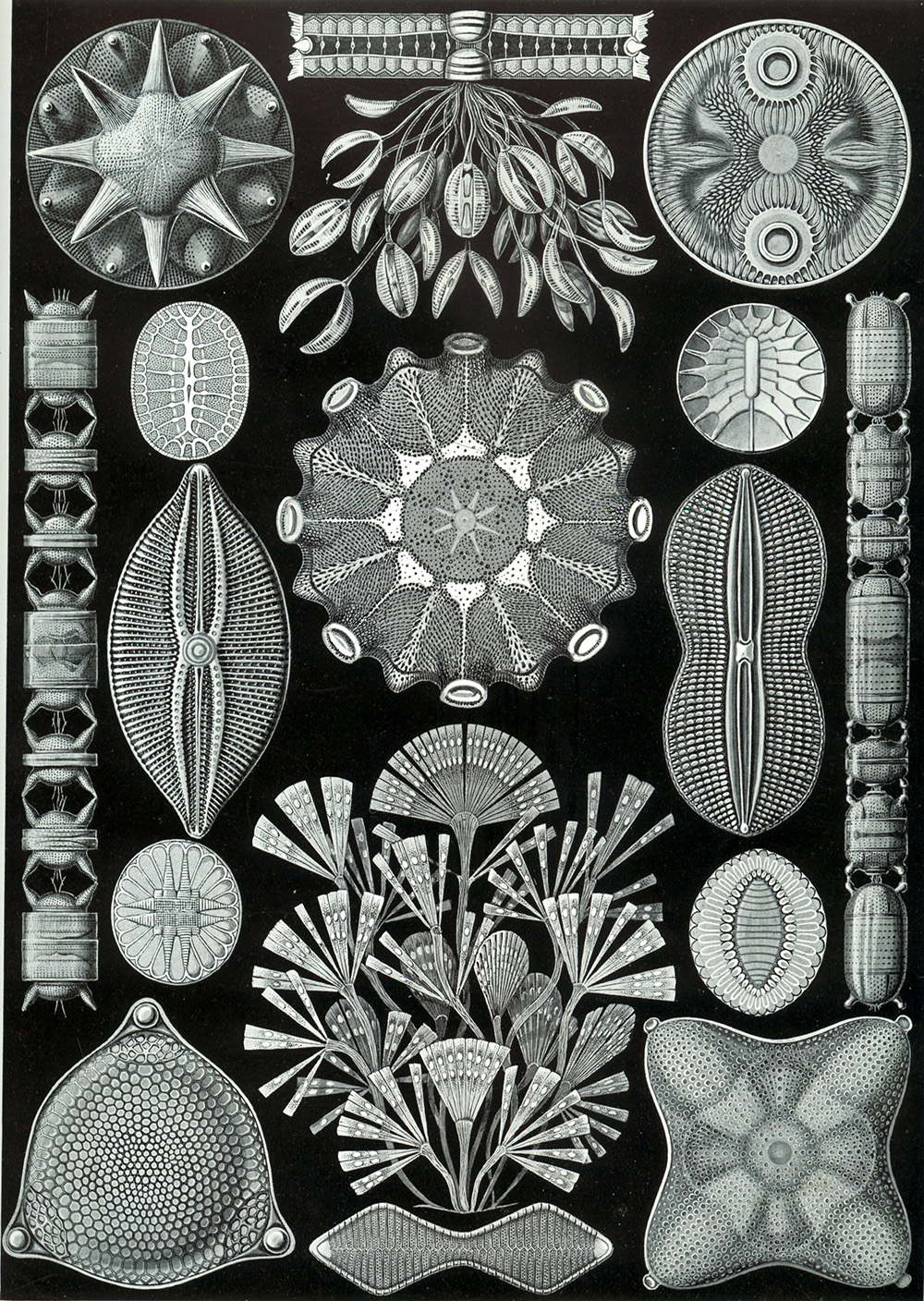 Some of the species he illustrated were also first described by him.  One particular jellyfish was named after his wife.  It is said the tentacles of the animal reminded him of her hair and it became Discomedusae annasethe, after Anna Sethe

Haeckel’s work is now available on a copyright free basis, so anyone can download and print these beautiful illustrations. 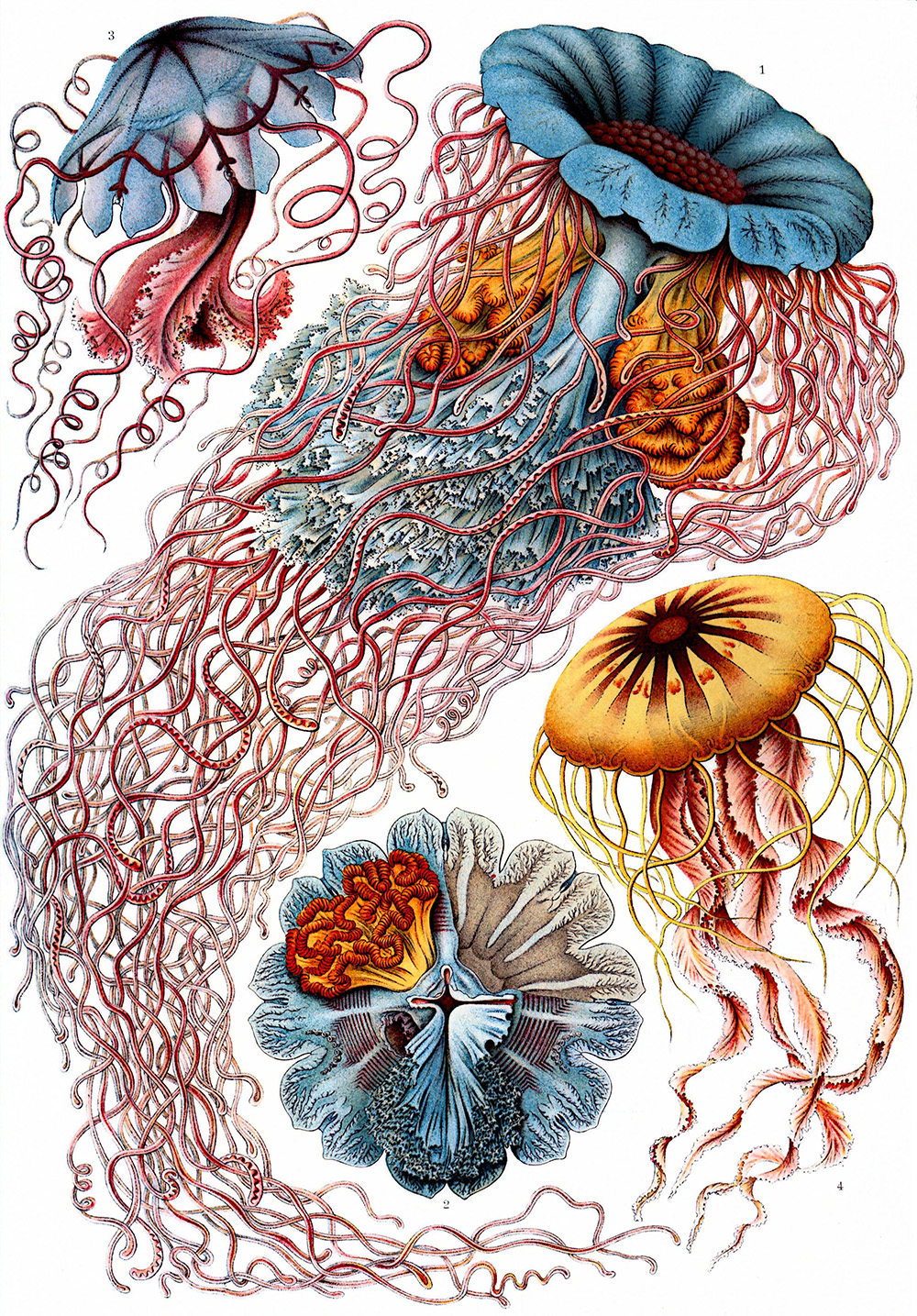 Haeckel produced illustrations of terrestrial species as well, from moths to hummingbirds, but I think the marine subjects are the most pleasing.

You can view and download the images, under a Wikimedia Commons licence here: