The four known variants in this group occupy widely separated parts of the globe and are unique amongst Pseudojuloides for preferring shallow-water seaweed habitats in subtropical waters. In Australia, P. elongatus has been called the “long green wrasse”, a rather generic sounding name that would fit a great many species. In Japan, P. cf. elongatus is known as the “Otohime wrasse”, in reference to a mythic Japanese sea goddess. Evocative, yes; descriptive, no. I have chosen to ignore these names (as neither is particularly illustrative of the distinctive qualities of these fishes) and instead suggest the common name of Seaweed Wrasse for the group, with geographic names attached to the respective species. 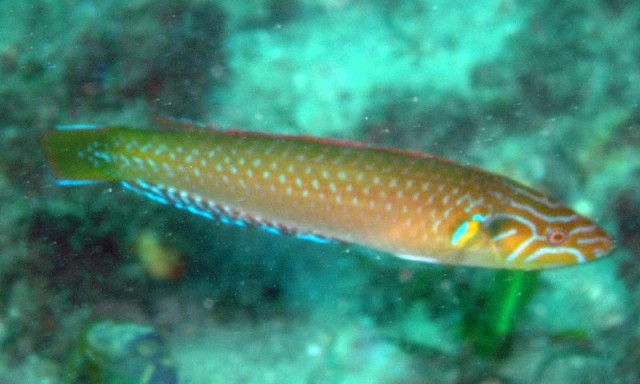 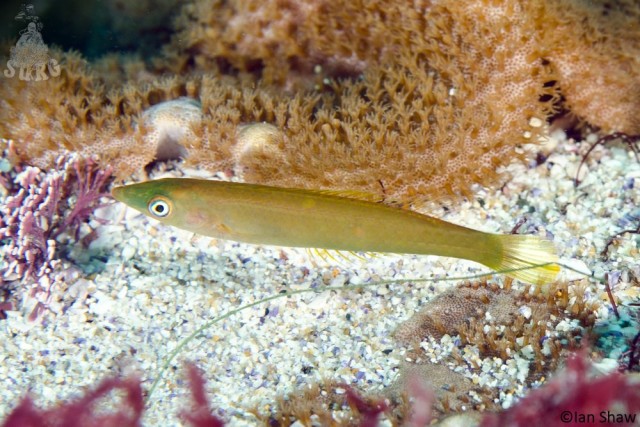 There are two populations in Australia, one along the coast of New South Wales (as well as Norfolk Island, Northern New Zealand and New Caledonia) and another along the Western Australian coastline. The eastern populations are a relatively solid olive green in adult males, with little lightening of the color ventrally and none of the black coloration which develops in other regions. There is usually a small blue mark on each dorsal scale, and the pectoral fin base has a prominent yellow spot margined partially in blue. Images of females are surprisingly rare, and seem to range from olive to dull red to bright red. It’s unknown if this variable female coloration is due to habitat, range, age or diet. The western populations are almost identical, but develop a black back. 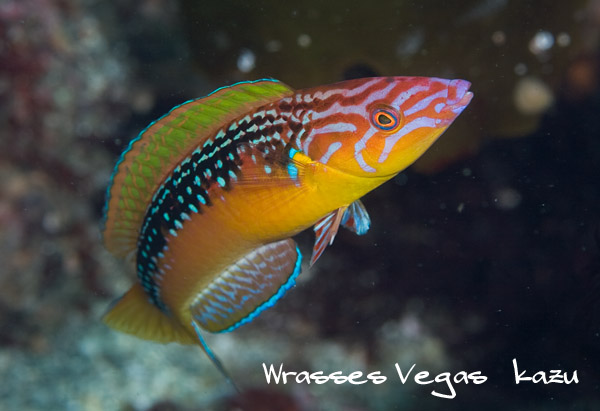 The Japanese variant of elongatus likewise develops black dorsally, but it differs in the redder base coloration and orange belly. There is also a far more extensive blue reticulation along the sides, which is less developed or absent in Australian populations. Unlike in other regions, this fish is well documented by local divers, despite what appears to be a highly restricted range centered on the Kii Peninsula. Whether it is more widespread in Japanese waters is poorly known, but it is unlikely to occur in more tropical locations. 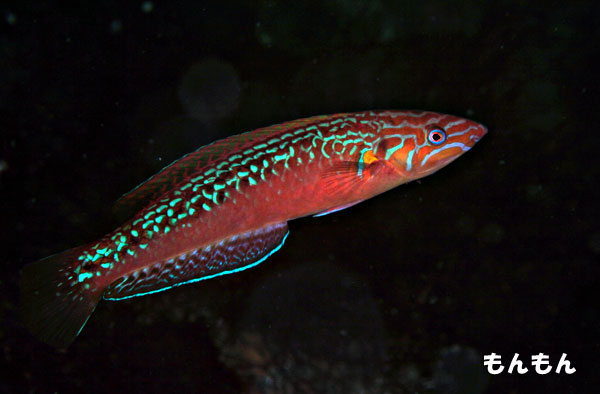 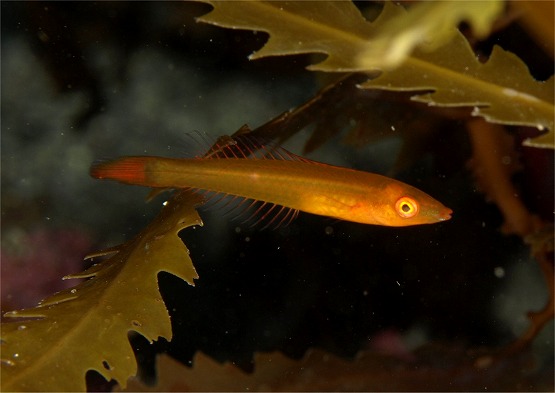 Juvenile of the Japanese cf elongatus. Colors vary from tan to red, based on local algae growth perhaps. Credit: Satoru

The final regional form occurs at Aldabra, the Comoros Islands, and along the Zanzibar coast of Tanzania. It’s yet to be reported along more southerly regions of East Africa, but it seems likely it would occur there. There is also an uncertain record from Somalia. This species is very poorly documented, and known from just this handful of records. I could find only a single blurry, washed-out photo of an adult, a photo of a juvenile, and the original illustration of a juvenile that appeared alongside the 1867 species description. One researcher working in Aldabra over a period of six months stated to have seen this species on fewer than 20 occasions—this is a rare beast, to be sure. 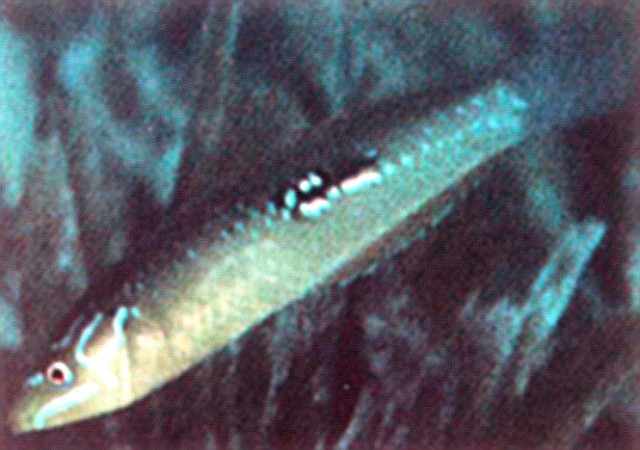 Perhaps the only color photo of an adult P. argyreogaster, from the Seychelles. Credit: John Randall

The species’ epithet, argyreogaster, translates from Greek as “silver-bellied”, in reference to the pale belly. As this was the first described species in the genus, the author could not have known what a poor choice this was, as many Pseudojuloides share this coloration. The adults are present a mix of the coloration seen in the Japanese and Australian forms. The back is said to be a brownish green, with a small black blotch around the midlength of the body. Ventrally, the coloration lightens into a yellow-green, mostly around the anterior regions. Dr. Benjamin Victor has suggested (pers. comm.) that this species may belong elsewhere, and that it is “barely a Pseudojuloides”. This is surprising given the great similarities in coloration and habitat preferences, as well as the allopatric range—research currently underway by Dr. Victor will hopefully clear this up.