The Evolution and Biogeography of Pseudojuloides: Part 3

The three described species in this group share a number of easily observable characters: 1) A black “hood” covering the anterodorsal portions of the body. 2) A pair of parallel blue lines running from the pectoral fin to the caudal fin. 3) A dorsal fin with a thick yellow stripe medially, different from the thin blue medial stripe of the cerasinus Group. 4) A caudal fin with blue margins and a clear center, giving a “scissortail” look. 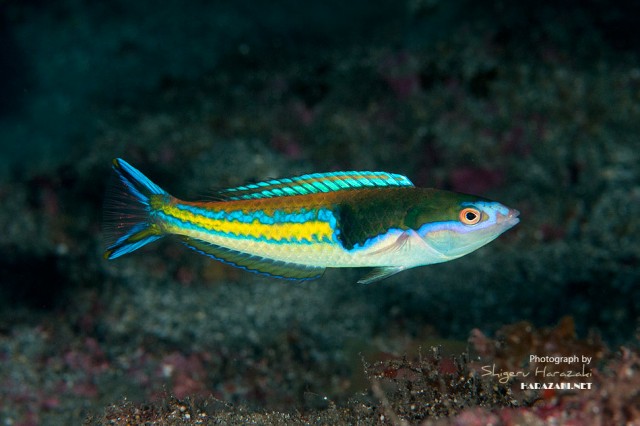 By far, the most widespread member of this group is severnsi, which stretches from Sri Lanka to New Caledonia. This is a somewhat regularly available species in the aquarium trade, whereas erythrops and edwardi are decidedly rarer. P. erythrops is endemic to Mauritius and (presumably) the Seychelles, but, to the best of my knowledge, has never been collected for aquarists. Some features helpful in diagnosing it are the white and green colors along the body, the extensive dark hood (which reaches ventrally) and the black margin to the caudal fin.The name erythrops translates as “red-eyed”, but this is not a trait unique to this species at all, with numerous congeners sharing the feature. P. severnsi is named for Mike Severns, a Hawaiian dive operator who assisted in the collections of specimens. 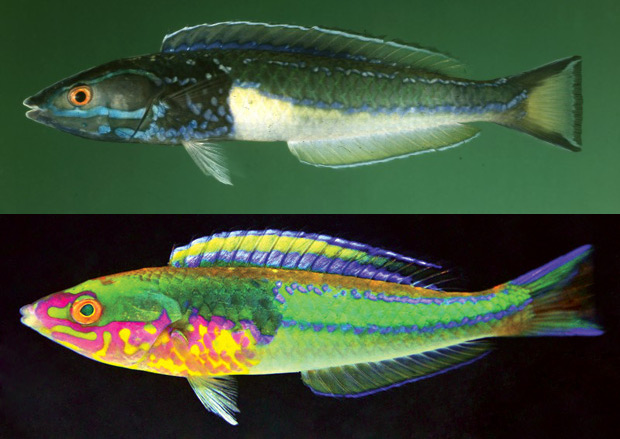 The final species, edwardi, has appeared on rare occasions in the aquarium trade, originating out of Kenya and Northern Madagascar. The species is named after an aquarist—rare fish guru Jason Edward of Greenwich Aquarium—who acquired and donated three specimens used for the description. It differs in having a bright yellow region beneath the mouth, which is covered in reticulated magenta markings. In addition, the remainder of the body is a fairly solid green color, whereas severnsi is lighter and yellower. Possible hybrids (edwardi X erythrops) from Madagascar have appeared on rare occasions. 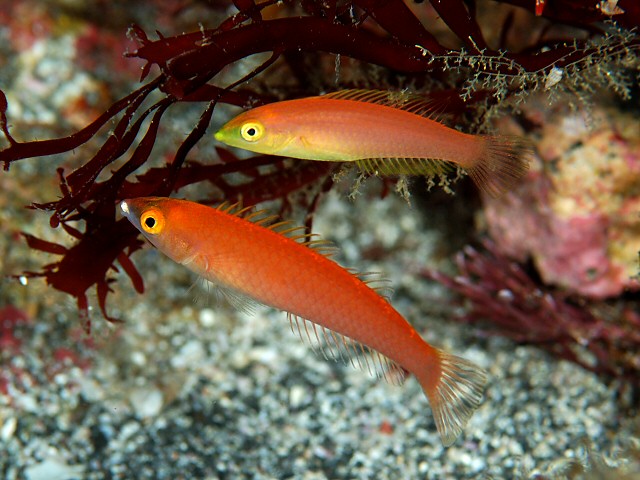 The biogeographic ranges of edwardi and erythrops are centered in distinct ecoregions, and, given the consistent color differences of terminal males, there should be little question that these are distinct in some manner. But, specifically, are these actually “species”? The single genetic marker studied so far has revealed relatively little divergence between edwardi and the widespread severnsi, with the latter showing far more intraspecific genetic diversity than the divergence it has with edwardi. Unfortunately the neighboring erythrops has yet to be sequenced, though it will almost certainly show a similar pattern. 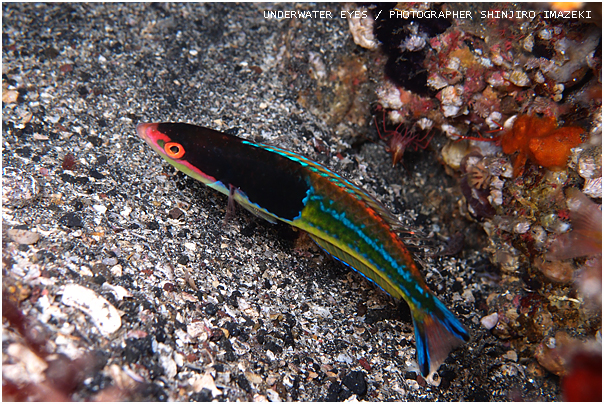 There are two possible explanations here to explain the lack of genetic divergence in edwardi. 1) Sexual selection is driving a recent speciation event in East Africa, which has not yet manifested itself in the mitochondrial gene studied—this phenomenon of phenotypic change outpacing genotypic change is known in many groups of reef fishes, most prominently in the hamlets (Hypoplectrus) of the Caribbean. 2) Or it could be that the East African populations are still experiencing gene flow (i.e. interbreeding) with neighboring populations of erythrops & severnsi. This would call into question the distinctiveness of this population as a “species”.

Ultimately, whether edwardi is or is not a species is mostly an issue of semantics. At the very earliest moments of speciation, when two populations begin experiencing selective pressure and proceed on the journey towards isolation and separation, there is no way of knowing whether those two populations will continue to diverge on separate evolutionary pathways or will instead hybridize back into a single heterogenous group. The determining factor is whether enough gene flow exists to maintain the cohesiveness of the larger population. So is edwardi just a regional variant connected to a larger severnsi gene pool? Or is it perhaps reproductively isolated, but still capable of interbreeding when these two “species” encounter one another? Or has it reached the point of no return, where it could live alongside severnsi and never interbreed with it?