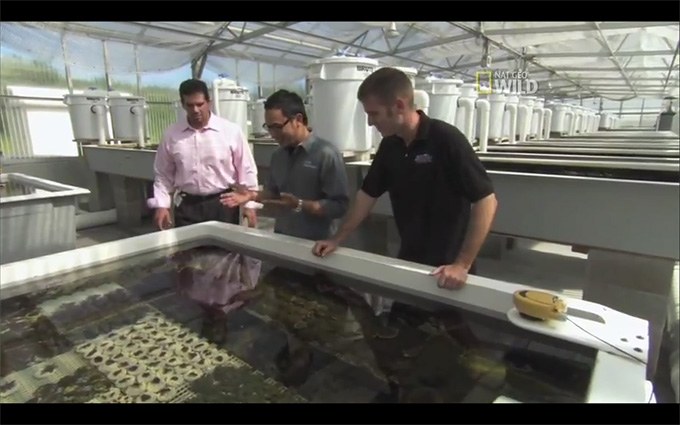 
Fish Tank Kings aired their first episode* this weekend on Nat Geo Wild TV.  The episode was completely dedicated to the Marlins Stadium aquarium build.  Future episodes will feature much more diverse and educational content with multiple builds per episode, a collecting expedition to Curacao (the second episode), and tours of professional facilities.  In other words, the first episode is not indicative of the rest of the season.

Case in point: Nat Geo has cut for Advanced Aquarist a special clip of their June 9 FTK episode, “Fish Upon A Star” where LCA visits ORA Farms, the largest marine ornamental aquaculture facility in North America.  The number of coral frags and cuttings at ORA will astound you.

Watch as Dustin breaks Francis and Max’s hearts when they try to buy a mother colony of the ORA Red Planet Acropora.

*For those who missed the first episode of FTK, Nat Geo Wild will re-air it this Tuesday at 9pm.