The “Faceless Fish” is one Ugly Fish 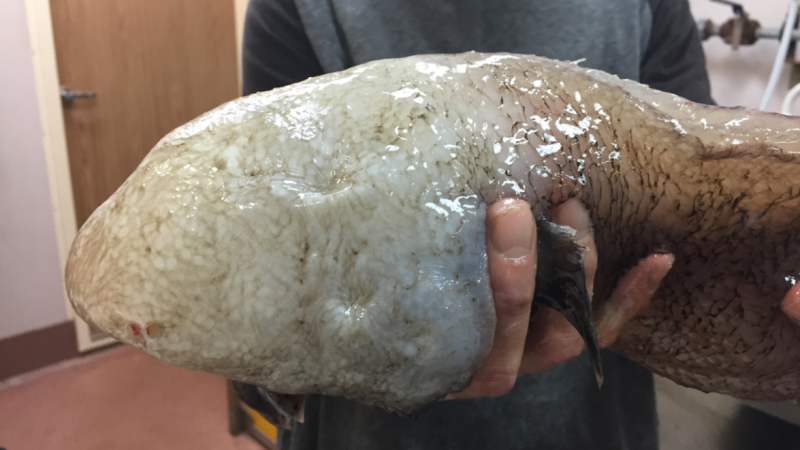 To say that life can get pretty weird in the deep ocean is an understatement and the “Faceless Fish” is just another example of how bizarre life can be well below the surface.  Found at depths between 13,000 and 16,500 feet deep, the faceless fish is thought to make its home throughout the Arabian Sea, Indonesia, Papua New Guinea, Japan and Hawaii.  This extremely rare catch was hauled up a few days ago and it’s hitting the internet by storm.  The fish is a type of cusk eel which resembles an eel but is not actually an eel.  Scientifically called Typhlonus nasus this fish has rarely been seen by humans but was first discovered in 1878.   MORE