A while back there was a fair amount of chatter spreading throughout the interwebs regarding the use of sponges as a main, or alternative filtration source. Steve Tyree was one of the first to document and test these methods, dubbing his method a Trizonal Cryptic filter. This method actually used several baffles [within a sump/refugium] containing holes within them, starting with larger holes on the initial baffle, ending in smaller holes in the final baffle, which would filter out particles by size throughout the three sections allowing various species of sponges to feed on their ideal particle size. Steve tested this method from 1995-1999 and wrote his book on the method from 1999-2000, more info can be found on Reef Farmers website and on Reef Central. People started trying various versions of the Trizonal Cryptic system, me included, but I always really wondered how much water can sponges actually filter? 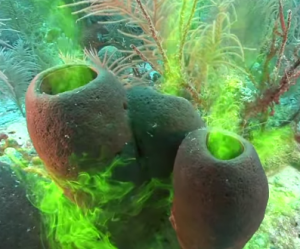 To this day I still encourage sponge growth through my sump, with several species growing pretty well for me. It would be interesting to find out just how much sponge growth one would need to naturally filter an aquarium. For now I’ll stick with my skimmer, water changes, and hope that the sponges are aiding both of them. At the least it’s certainly more diversity that’s entertaining to watch, and makes a superb food for picky angelfish while conditioning. 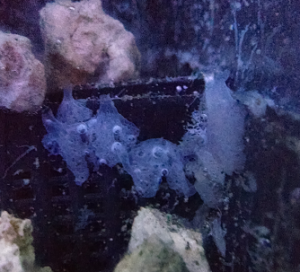