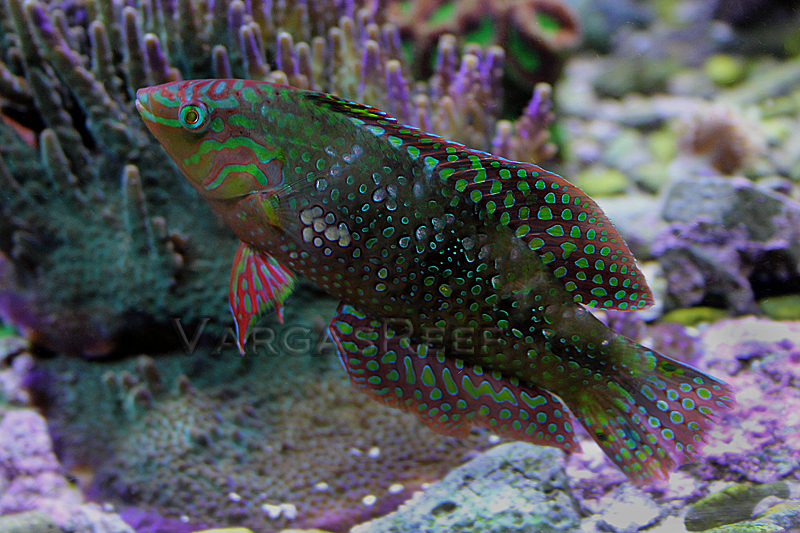 Those that know me, know that I am an absolute Geek when it comes to wrasses.  I can spend hours taking photos of just one wrasse before moving on to another.  Again, while visiting Sanjay Joshi, he mentioned to me that he picked up a new wrasse that I would be very interested in and asked if I had seen one before.  The wrasse in question is Xenojulis.

This is not a rare wrasse by any means, as it can be found in the Western Pacific: throughout the Philippines, Papua New Guinea, and Western and Northern Australia.  Typically, it is found congregating in shallow waters near dense coral growth on coral rubble and sand. It is also found among dense algae growth.

This genus of wrasse seems closely related to Macropharyngodon-they constantly forage for food and sleep buried in the sand. It is a hardy species that requires the same care as most wrasses.  But, like most wrasses, cover the top of the aquarium well to prevent carpet-surfing.