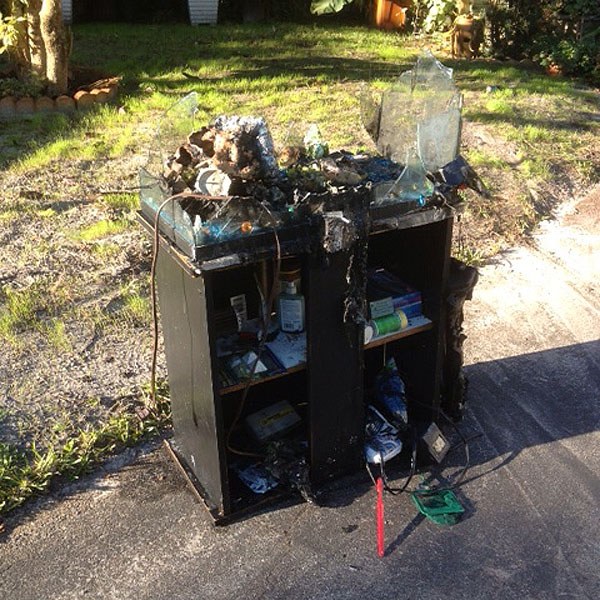 
Seeing the condition of the aquarium (above), it’s a real mystery how any fish managed to survive the flames.

From the Boca Raton Fire Rescue:

At approximately 2:55pm Boca Raton Fire Rescue Services Department responded to a report of structure fire at a single family home located at 301 S.W. 3rd Street. Black smoke was seen exiting the home by the first arriving Firefighters. They had to force entry into the house since the occupants were not at home. Firefighters saved a dog, several birds that were in two cages, and even three tropical fish from the one room fire and heavy smoke inside the structure. The fire was immediately extinguished preventing further damage to the home. The aquarium electrical equipment is under investigation as the possible cause of the fire.

Fortunately, no people were harmed in what could have potentially been a catastrophic fire if not for the bravery of firefighters.  This story serves as a clear reminder to install GFCI (ground fault circuit interrupters) on your aquarium gear.