Climate change and warming of sea surface temperatures are among the most oft-cited threats to coral reef ecosystems as they currently exist.

Despite the preponderance of scientific work on the issue, many, including even perhaps some in this hobby, deny most if not all of our current understanding of human contributions to global warming. That human contribution is primarily through an increasing atmospheric carbon dioxide concentration. Since carbon dioxide absorbs and re-emits infrared radiation that would otherwise be lost from Earth to space, in order to maintain a radiative “balance”, or equilibrium, the surface temperature of the Earth must increase. Now, in principle this is not in the least bit controversial. Humans emit carbon dioxide, which has an extremely long residence time in the atmosphere, and the Earth is radiatively imbalanced until a corresponding increase in global mean temperature occurs. 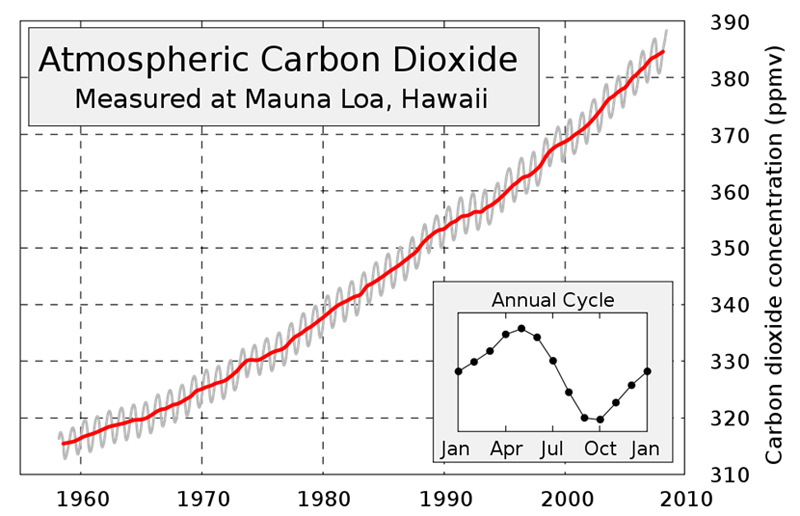 However, reminiscent of tetra-ethyl lead and smoking-cancer linkage discussions of times past, many folks remain hard at work to maintain a public perception that correlation is not causation: essentially many  attempts at a “death by a thousand cuts” of logical fallacy. Unfortunately, the momentum of this misinformation lobby has gotten to the point where, to paraphrase Prof. Andrew Dessler’s reaction to the new findings discussed below, it has become necessary to provide something analogous to dropping a rock and watching it fall in order to demonstrate to audiences that gravity is real.

That rock dropped in a monumental way this week in the journal Nature.

Feldman et al. have used Atmospheric Emitted Radiance Interferometry in both the Southern Great Plains and the Northern Slope of Alaska to explicitly detect the impact of rising carbon dioxide on the amount of longwave, infrared radiation that is returned to the Earth’s surface, instead of being lost into space. The instrument utilized is capable of measuring returning infrared radiation that is emitted by individual types of greenhouses gases. In other words, it is capable of distinguishing returning radiation of carbon dioxide from other well known greenhouse gas molecules such as methane and water vapor. 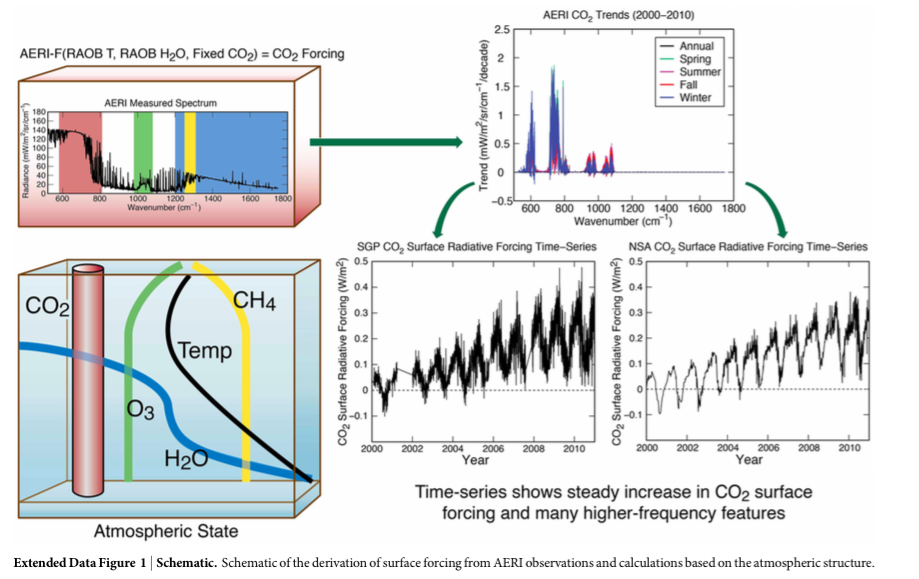 What was found is that from between 2000-2010, a highly significant trend of increasing carbon dioxide-emitted infrared radiation returned to Earth’s surface, from a 22 ppm increase in atmospheric carbon dioxide concentrations. Additionally, the energy changes documented are highly consistent with previous work estimating the radiative forcing of carbon dioxide. At the end of the day, this should all but silence any skepticism regarding our knowledge that an increase in carbon dioxide concentrations in the atmosphere also directly increases the amount of infrared, heat energy being returned to Earth’s surface.

To put it bluntly, there is now less supporting evidence of a direct, causative link between smoking and lung cancer than there is for the theory that anthropogenic carbon dioxide emissions leading to an increase in heat being returned to the Earth’s surface via the greenhouse effect. Let that sink in.