The bizarre specimen seen here comes to us from Kenya and has been identified as being a hybrid of Vivien’s Leopard Wrasse (Macropharyngodon vivienae) and the Splendid Leopard Wrasse (Macropharyngodon bipartitus). Now, anytime a new hybrid shows up it makes for an exciting discovery, but this is an extra-special find, as previously there has been just one other purported hybrid in this popular and diverse genus. 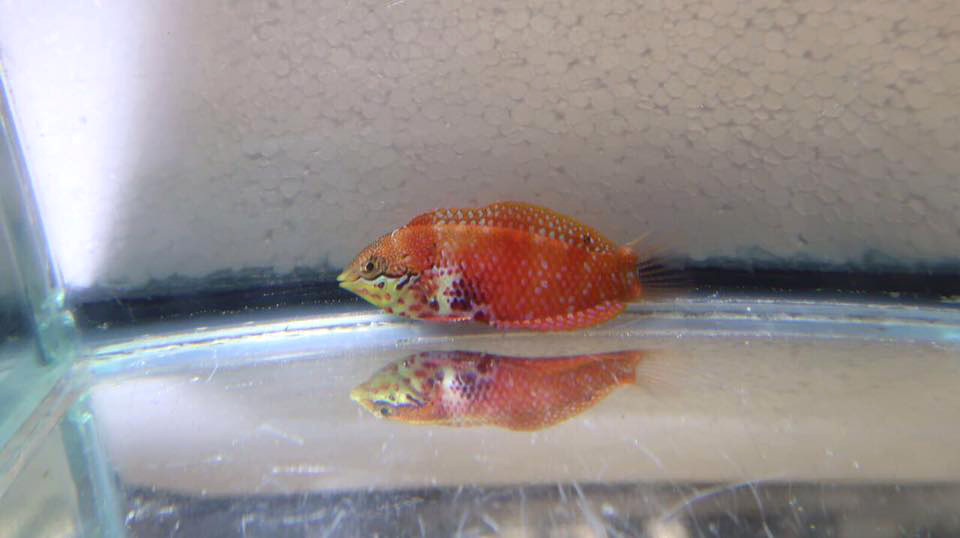 Whenever dealing with a suspected hybrid, we first have to determine the presumed parentage through a process of elimination. Aside from M. vivienae and M. bipartitus, there is also M. lapillus (which is still misclassified in Halichoeres) and M. cyanoguttatus. These latter two species, however, don’t show any obvious similarity to our specimen. On the other hand, the overall reddish color and the finely spotted face show clear allegiance to M. vivienae, while the prominent black spots near the pelvic fins are seemingly identical to those found in the females of M. bipartitus. 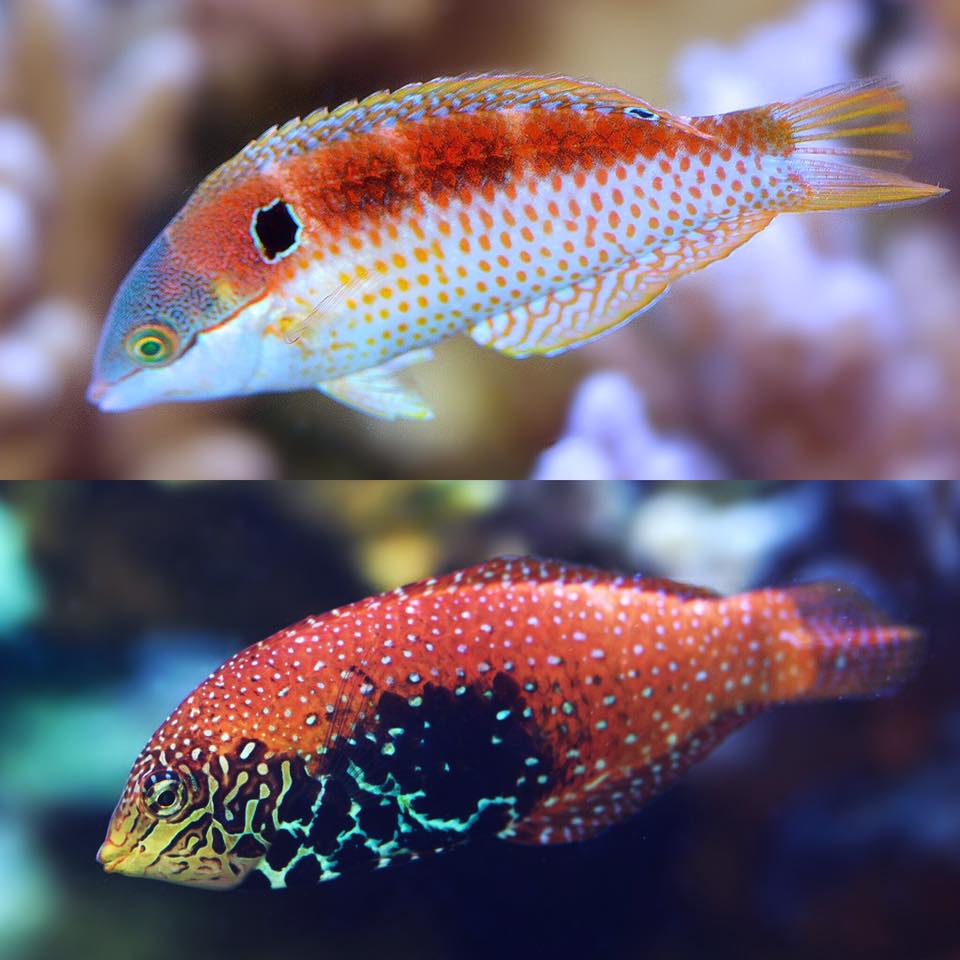 So why do Leopard Wrasses interbreed so rarely? Part of the reason may relate to there being particularly strong genetic barriers to successful fertilization. A phylogenetic study of the family (Read et al 2006) suggested that the last shared common ancestor of these two species would have existed around 20 million years ago. If this is accurate, it represents a particularly ancient diversification event… more akin to what we might expect between related genera rather than related species. The only other known hybrid in the genus, M. choati X M. meleagris, had a date of 11 million years for its most recent shared ancestor. For comparison, our most recent common ancestor with chimpanzees dates to around 6 million years, and it’s 8 million years for us and gorillas. 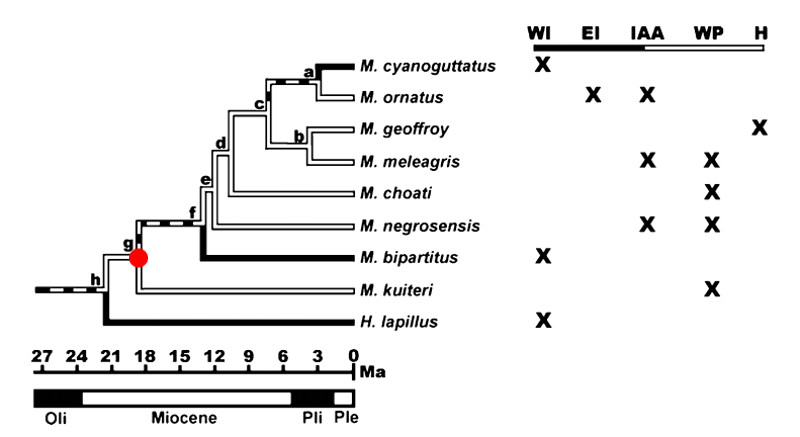 A time-calibrated phylogeny of Macropharyngodon based on three mitochondrial genes. The red dot indicates the most recent shared common ancestor for M. vivienae and M. bipartitus. Credit: Read et al 2006

A big thanks to LemonTYK and Jame Xie of Red Heart King Aquarium for sharing this fascinating discovery. For more information on Leopard Wrasses, be sure to check out Lemon’s review of the genus here. 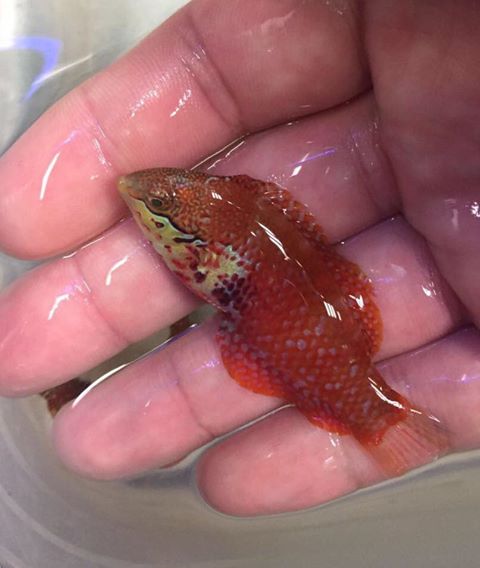