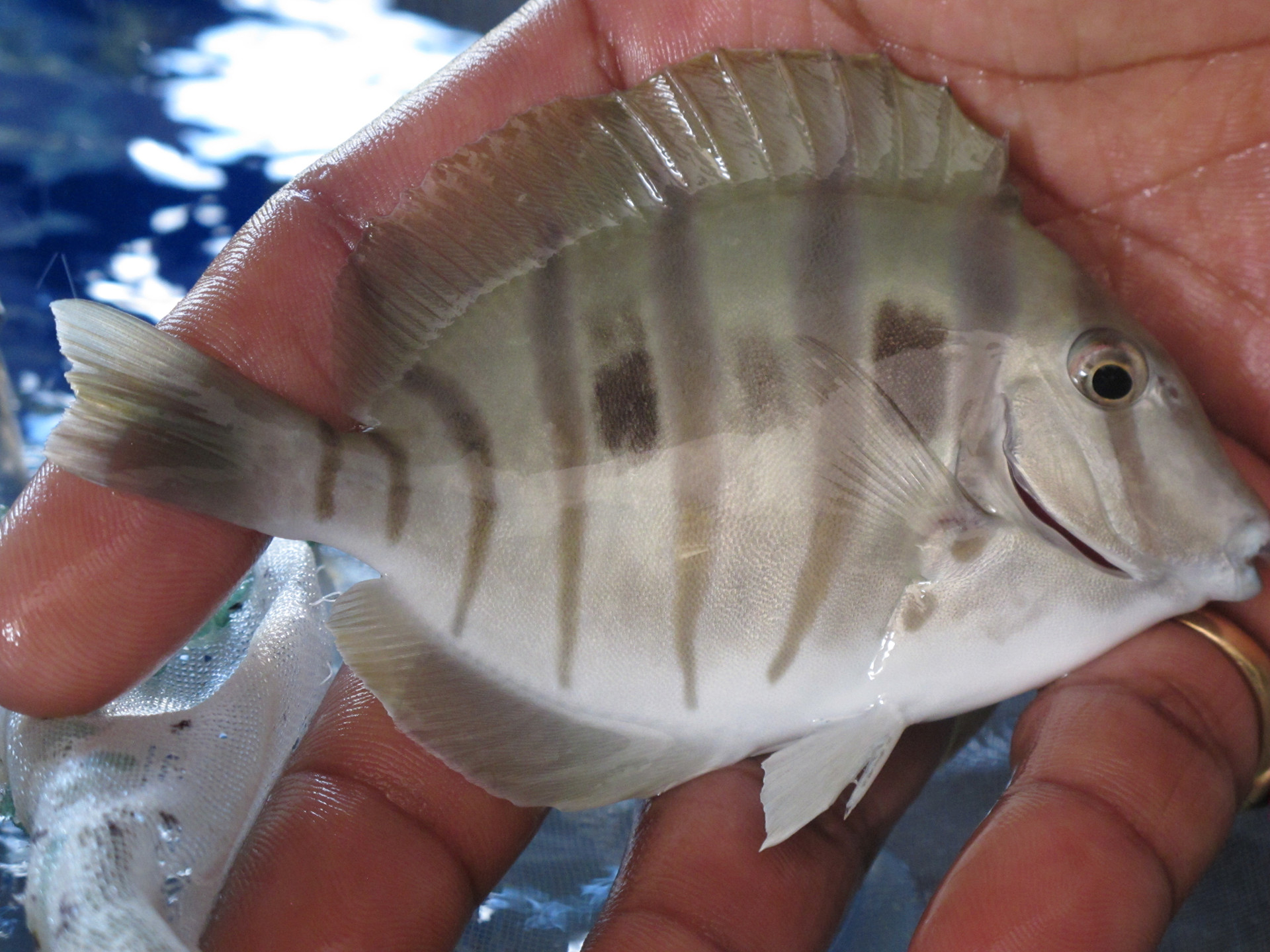 Hybrid tangs and surgeonfishes are a relatively common sight, particularly in the aquarium trade, where such anomalies typically fetch a premium. More than a dozen different interspecies crosses have been documented. Some of these are seen with regularity, like the Powder Blue X Goldrim Surgeonfish mix from the Eastern Indian Ocean, and others, like the Kole X Chevron Tang or the Atlantic Blue X Ocean Surgeonfish, are extremely rare, known from just a few specimens.

Recently, a series of unusually striped Acanthurus were discovered in Mauritius by aquarium collectors and are suspected to represent the hybrid of A. triostegus, the Convict Tang, and A. polyzona, the Zebra Tang or Black-barred Surgeonfish.

Morphological and genetic data solidly link these two as sister species, and the most recent phylogenetic study of the Acanthuridae (Sorenson et al. 2013) places them as one of the earliest lineages to diverge within the large clade formed by Acanthurus and Ctenochaetus. However, until now, neither of these species has ever been reported to form a hybrid, making this find especially noteworthy. It’s likely that this deep evolutionary isolation explains the reproductive incompatibility these two species have towards every other surgeonfish (aside from themselves)… they’re simply too unlike anything else to successfully interbreed. 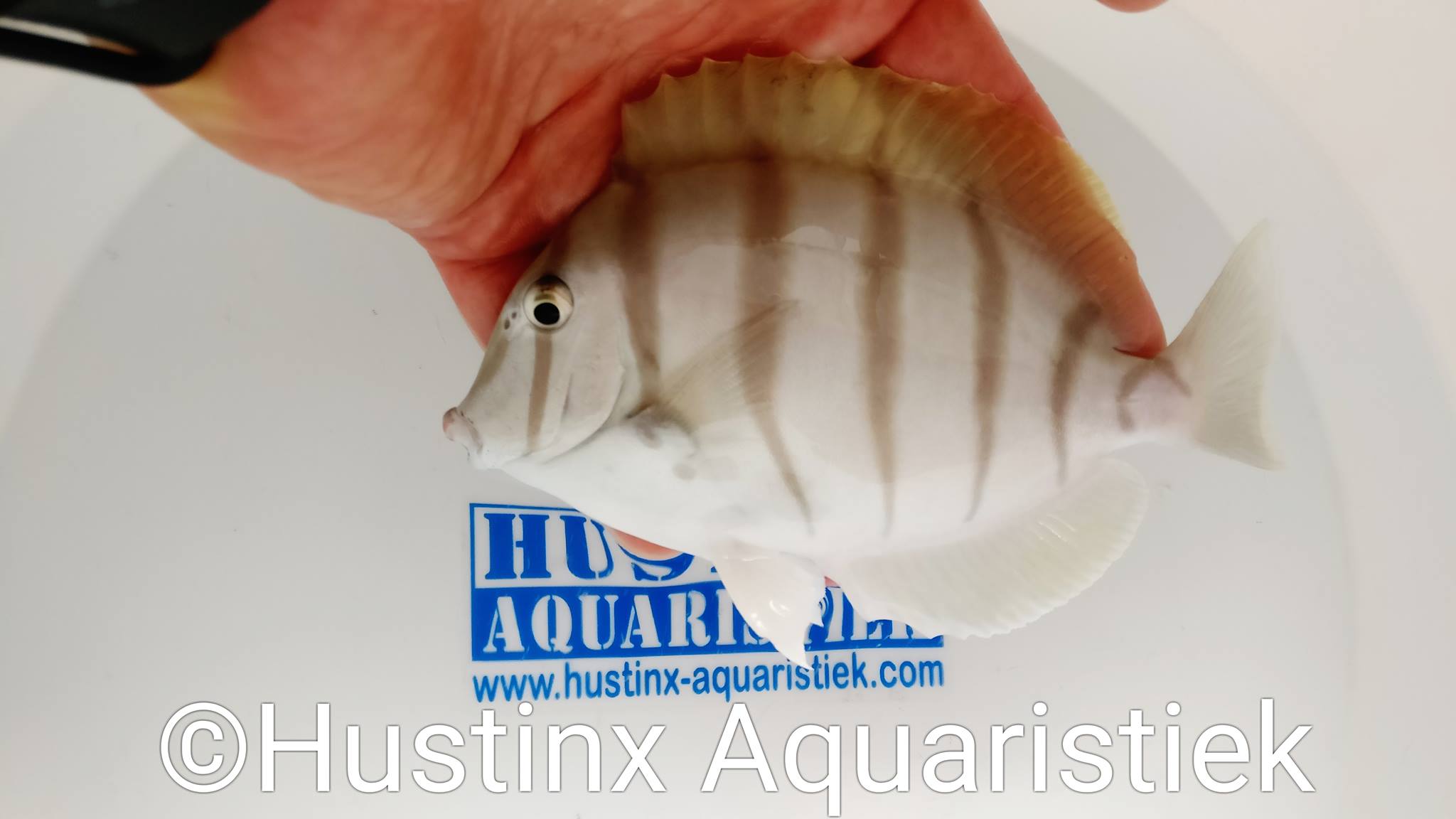 While superficially similar, A. triostegus and A. polyzona present an interesting dichotomy in lifestyle. We know the Convict Tang to be a superabundant fish all across the Indo-Pacific, forming vast shoals that can easily number in the thousands. On the other hand, the Zebra Tang is one of the most poorly known acanthurids, in spite of its huge popularity in the aquarium trade. Most reports, either in the scientific literature or from recreational divers, seem to stem from Mauritius and Réunion, but additional records suggest this species is sporadically widespread in the Western Indian Ocean. Juveniles are occasionally spotted in shallow lagoons, sometimes alongside the juveniles of the Convict Tang, but adults are said to be solitary and territorial and have never been spotted in the large shoals of A. triostegus.

Why has one species become so ubiquitous while the other remains rare and mysterious in the wild. And why are these two closely related species so loath to be around one another, while still being able to hybridize? To date, just a handful of these hybrids have ever been encountered, roughly 2-3 per year, all from the fish collectors at Ornamental Marine World, who kindly shared this exciting discovery. 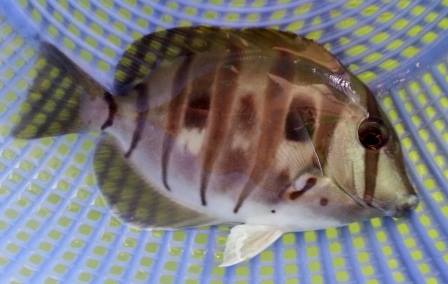