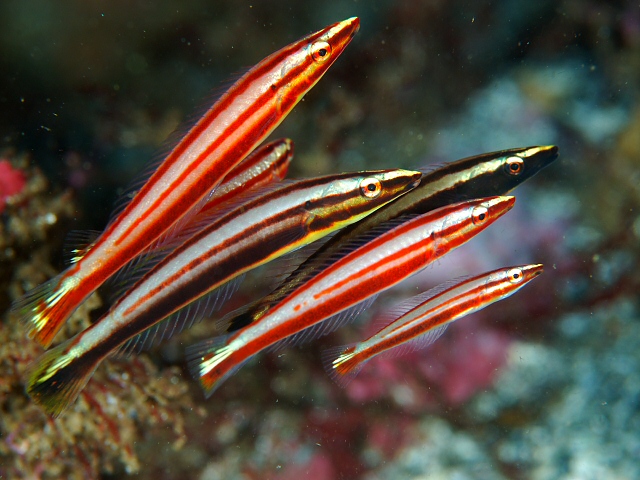 Our fish spotlight for today is the Candycane Wrasse, as it is commonly called when collected as a juvenile. Like many fish species, the Candycane wrasse changes in both coloration and body shape throughout its lifespan.

The name “candycane” was given to highlight the white and red strips present during the fishes juvenile stage of development.  However, the fish undergoes such a dramatic shift in appearance on the way to becoming an adult that the name “Candycane” is often dropped and the fish is referred to as a Pastel Ring Wrasse.  As the fish matures to adulthood, these wrasse drastically changes colors. Instead of the white and red horizontal stripes, the candycane wrasse turns green and blue, with a large faded yellow and black vertical bar just MORE