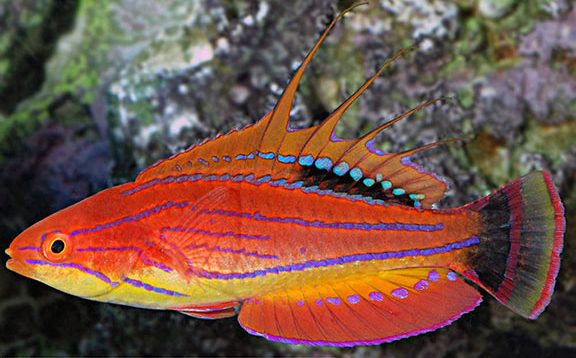 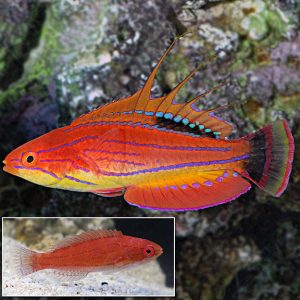 The Carpenter’s Flasher Wrasse requires a 55 gallon or larger aquarium with a tight-fitting lid since it is a jumper. A grouping is acceptable and often recommended, since the females will encourage the male to perform colorful displays. The females should be introduced into the tank first. It is often harassed by other fish so the Carpenter’s Flasher Wrasse should be the first species introduced into the aquarium. It is best to keep it with peaceful tank mates.