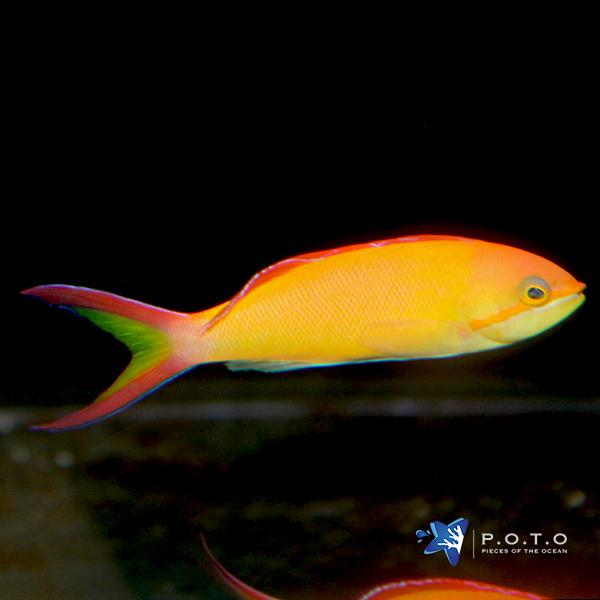 Found at the upper-edge of steep outer reef slopes, with moderate currents. Occurs in large aggregations, of mixed sexes when feeding in currents sweeping the reef.

Generally males are more colorful and typically outnumbered by females. Each male dominates a group of females and enforces a pecking-order hierarchy. In the event the male is gone, the most dominant female will turn male and assumes the dominant male’s role in the harem. This is very interesting to observer in captivity if the aquarium is large enough. However if confined to a small space the weaker individuals can get harassed into hiding, refusing to eat and wasting away.