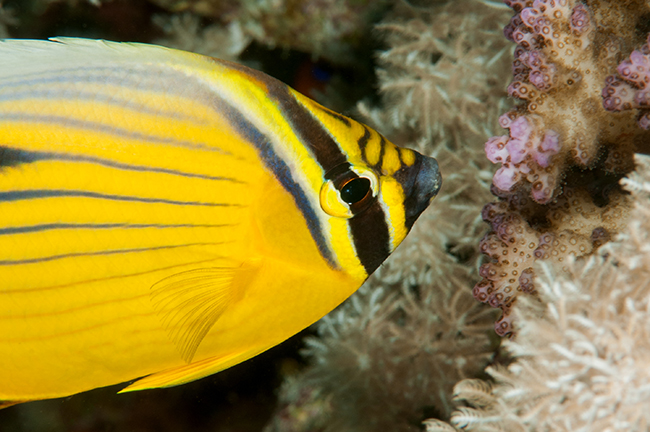 Butterfly fish are beguiling beauties with often-demanding natures and specific diets, which means that many are not suitable for captivity and of those that are, many of them will munch their way through a reef tank. Think wisely and do your research – ever heard that one before?

Personally, I like to photograph them in all their glory in their natural habitat; here are a few of my favorite shots: 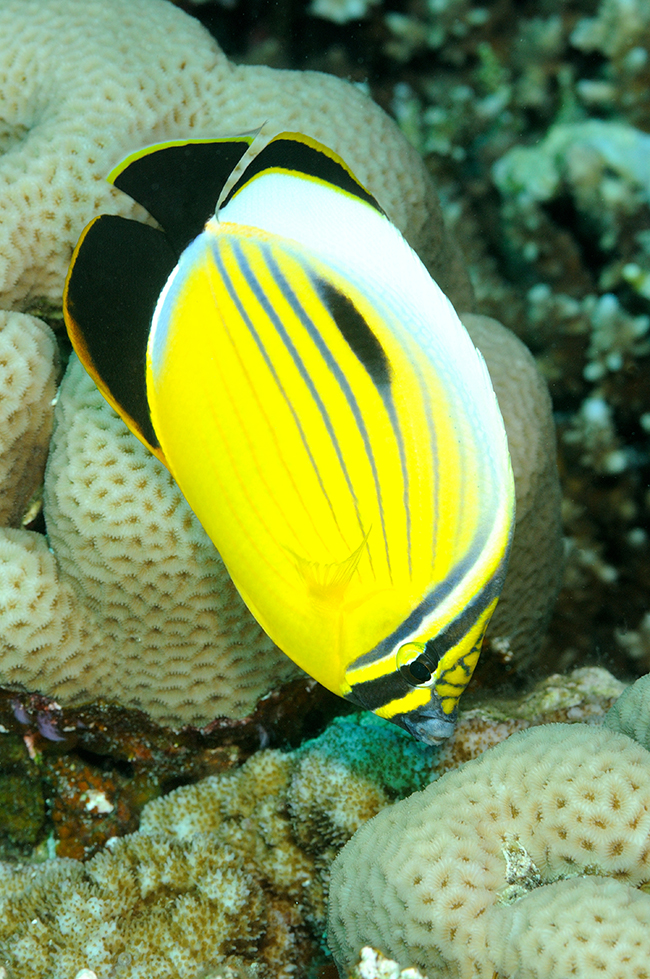 Let’s start with Chaetodon austriacus.  This is a finely-marked fish that grow up to fifteen centimeters or so, and deserves its common name of Exquisite Butterflyfish.  The species is similar to C. trifasciatus and C. melapterus. 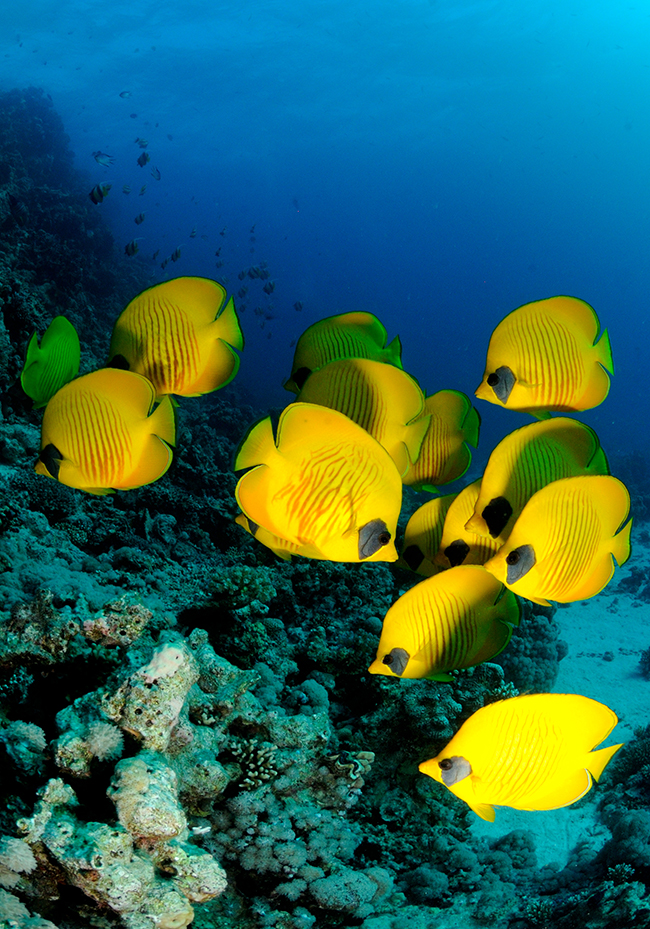 Next up is a Red Sea and Gulf of Aden species, Chaetodon semilarvatus the appropriately named Masked Butterflyfish.  That diamond-shaped patch over the eye is a deep blue in certain lights.  The fish are usually seen in mated pairs hanging around under coral branches, but will also congregate in shoals, occasionally with other fish.  I’ve seen them in the Red Sea with Heniochus intermedius, for example. 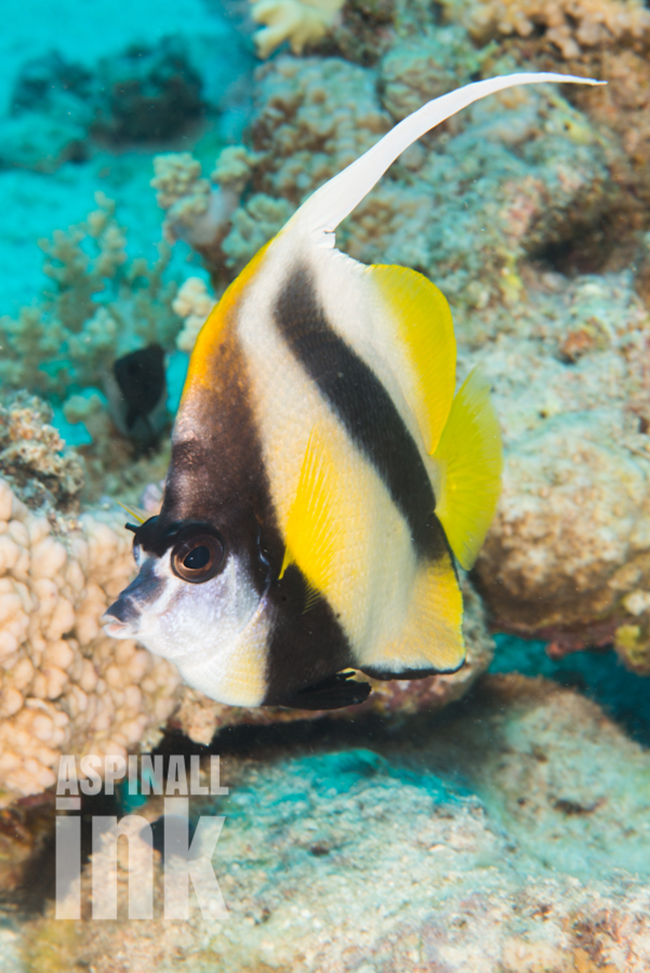 Heniochus Bannerfish are primarily zooplankton feeders and are considered more likely to be reef safe. 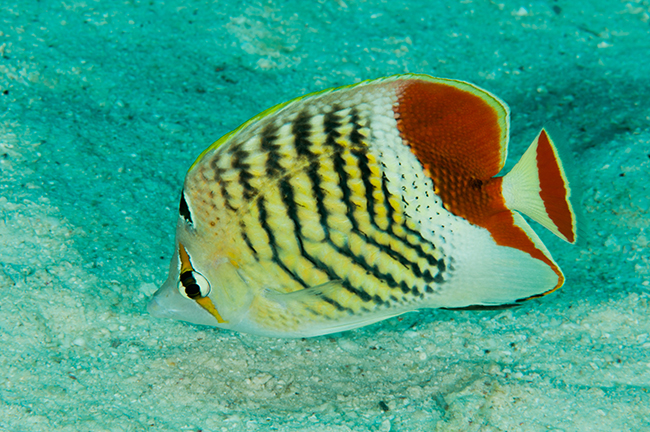 I also have a soft spot for the Crown Butterfly (C paucifasciatus).  I like the complicated markings this fish sports.  C. madagaskariensis and C. mertensii replace this species in the Indian and Pacific Oceans, respectively. 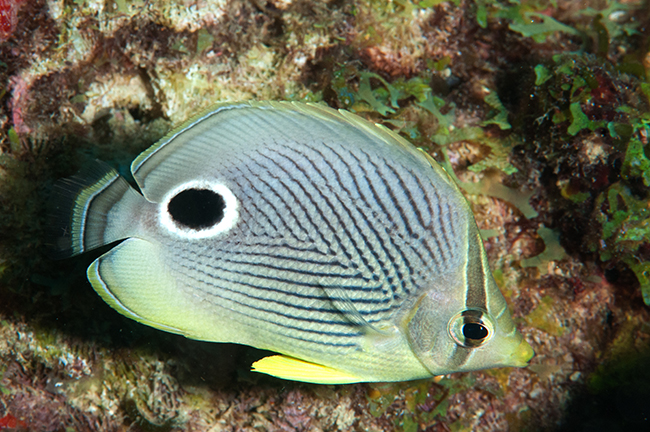 From the Caribbean comes the wonderfully named Four-eyed Butterfly (C. capistratus).  If there was ever an example of an ocellus, then this fish is sporting one on each flank. 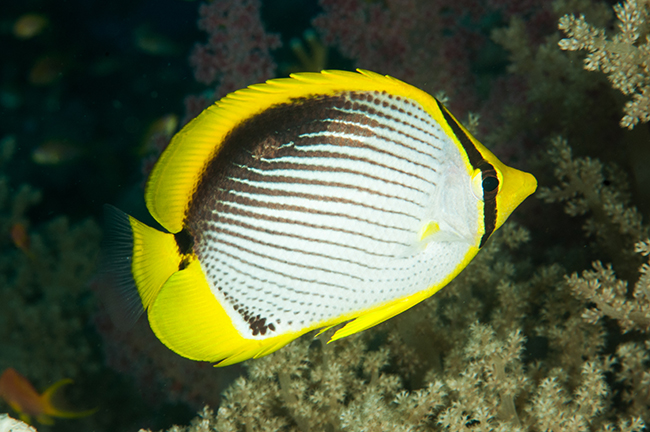 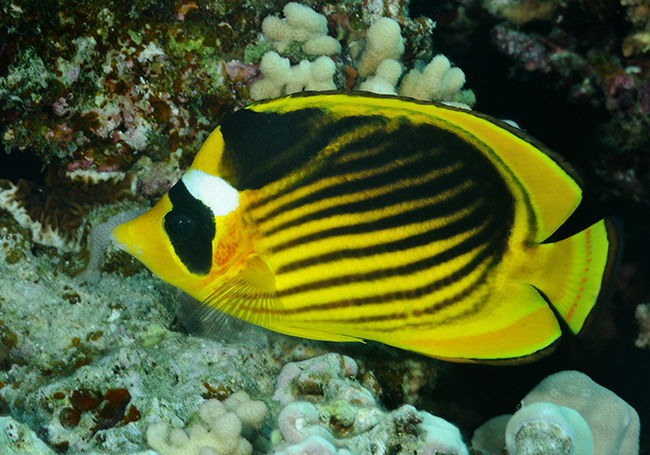