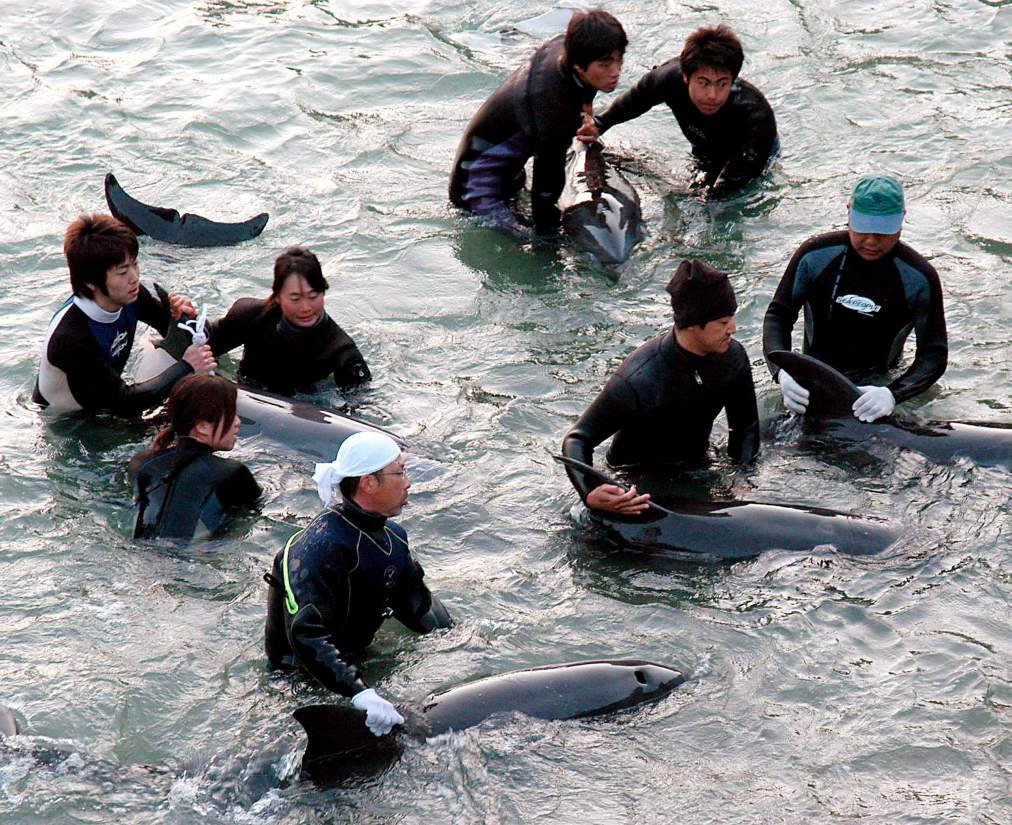 Five Japanese Aquariums are Threatening to leave Japanese Association of Zoos and Aquariums (Jaza) based on the decision not to use Taiji Dolphins. Jaza made the decision to ban use of Taiji Dolphins based on the pressure asserted by the World Aquarium of Zoos and Aquariums (waza) that if Jaza did not stop using Taiji dolphins they would be expelled from the group. Five Aquariums have indicated they may leave the association. Seven aquariums are undecided as to their future membership, four declined to comment, and sixteen aquariums stated they will remain members. Compared to the United States where 70 percent of dolphins are aquariums are bred in captivity, only 13 percent of Japanese dolphins are bred in captivity. Of the 34 dolphin rearing facilities, 19 of them rely on Taiji as a supplier for dolphins. While some of the aquariums indicated they will attempt to bred dolphins in captivity, they have also stated that this is not an easy process, based on lack of expertise, breeding pools and male dolphins. Some Japanese aquariums have expressed their disagreement with Jaza’s decision, saying that potential lack of dolphins will lead to customer decline and eventual bankruptcy.  MORE