A follow up to Reef Aquarists are not conservationists.

After reading some responses I got via email on the rift between aquarists and conservationists, along with replies to some dialogue on other blogs tackling the topic, I thought it was important to address some facets of this discussion. Some of the comments came from those who understand that being a private reef aquarist isn’t conservation, while also realizing that we as reef aquarists aren’t scientists actively working to preserve natural coral reefs. Others, the majority, were quite the contrary and I feel emphasize why the hobby and reef aquarists have been implicated in conservation rulings, while becoming the target of conservation groups.

A common message in both emails and online dialogue is that science that suggests coral species are threatened is hogwash, unreliable and rife with political nuisance about a sudden legislative interest in climate change. Several emails I received suggest that all of this is part of a greater plan by the Obama administration, to limit the role of industry in the environment to transition America into a sociologist state. Other comments came from folks who believe science has become like a religion, and that anyone who speaks out against it is immediately discredited. They also suggested that government bodies are using science to push through legislation that has the greater purpose of controlling Americans, at the same time denying that climate change and coral reef decline are realities. Some people believed that reef aquarists have been demonized and that those in power aren’t seeing enough economic kick-back from our industry to simply leave us alone, blaming PIJAC for not lining enough pockets in Washington. 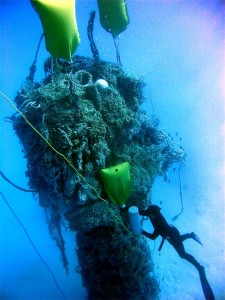 My personal political beliefs have nothing to do with reef keeping. I will say that in the eyes of government agencies, it’s beyond the layperson’s capacity to comment on the reality of climate change, or its potential causes (whether natural or man-made). Science, for the most part, is objective. Scientists set-out to measure and test something, learning about the systems at play and forging theories on what could spur different outcomes. Honestly, I don’t think NOAA scientists care whether the reef aquarium industry continues or not. They were tasked in revealing the role of specific coral species in reef ecosystems, identifying those species and determining whether or not those species were endangered or threatened. When that was done and submitted, PIJAC submitted science that suggested not all the species listed were truly threatened, which was taken into account reducing the species listed under the ESA. It’s a transparent process where opinions and results of merit are all considered. Now the process begins to determine what stressors under NMFS jurisdiction can be regulated and controlled to possibly halt and reverse species extinction. Again, science and opinion of merit will factor into the outcome.

To suggest that this is some neo-liberal plot to end industries’ progression in the environment, in hopes of pushing a sociologist agenda, is really quite ludicrous. Remember, the ESA was started in 1973 under a conservative administration. It’s a governments’ effort to identify commerce’s effect on wild ecosystems and species, preventing extinctions that can unbalance natural ecosystems. The ESA has been around for a long time, listing lots of different species from all over the Animal Kingdom. In all reality, it’s a good thing that protects environmental heritage for generations to come. Conserving the environment has been a hallmark of American democracy since before the creation of the 50 states, it’s nothing new. 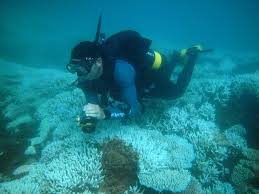 To assume that the current review process is a climate change conspiracy, an attempt by government to assume more control over commerce by implicating environmental destruction, is equally as ludicrous. How the ESA functions today, is how the ESA was intended to function when started in 1973. Denying that coral reefs are under significant pressure shows a complete disconnection with data on oceanic health trends since the industrial revolution. Private conservation groups, global government, scientists, documentary film makers and beloved conservation personalities have all documented the global decline of both coral reef and oceanic health. It’s one of the greatest challenges facing us in the 21st century.

By looking outside the realm of reef keeping, I didn’t mean delving into the world of unrealistic government conspiracy, or tyrannical takeover of the free market. I meant, understand while the reef aquarium industry isn’t the primary stressor contributing to coral species die-off, it is a contributor. Also, remember that while we implement science and precision to keep corals alive in captivity, we are not conserving their wild ecological counterparts. Saying that a scientist are unreliable, questionable, politically motivated and downright corrupt, undermines the very processes that have progressed our world in the realms of technology, medicine, environmental care and much more. Science is largely why we are able to have reef aquariums, and that ability to analyze the environment and make accurate predictions is needed to solve environmental crisis. Bottom line is that according to science, both from NOAA and PIJAC (a pet industry lobby, supporters of the coral trade) there are 20 coral species that are threatened with extinction. The ESA, as written in 1973 requires regulation of commerce that halts and reverses that extinction trend. Since the U.S. doesn’t control the world, the only method of control is on actions that bring threatened animals to the U.S. Our hobby, like it or not, brings coral animals (many of the 20 threatened species) out of the wild and into the U.S. cycle of commerce. If reef keeping wasn’t in the lime light regarding these coral species, it would be clear both the scientists and NOAA were overlooking something drastic. 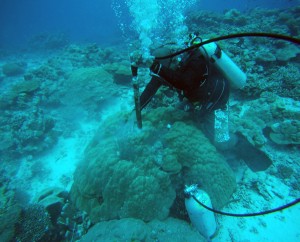 I want to be clear that it’s not my opinion that all of the 20 species listed as threatened should ultimately be banned from selling, trading, etc. I feel more research needs to take place, into the industries’ effect on island communities that were previously harvesting reef resources for textiles. Did the reef aquarium industry help islanders find an economic engine by fostering healthy reefs and implementing sustainable collection? If so, are any of the 20 threatened species potentially helped by such a process? Is it necessary to stop the selling/trade of captive propagated members of these species? Would a permit system for threatened species work to ensure environmental abuses don’t take place? If these 20 species are banned, would it affect economic opportunities that encourage islanders to sustainably harvest the threatened animals? These are all important questions, and it’s vital to know if the reef aquarium industry is aiding in the population health of these 20 species by allowing collection for aquariums.

Saying that all of this is another government attempt to control citizen’s lives and that it’s an effort to further promote a dishonest climate change agenda is counter-productive and likely to be totally disregarded by NMFS. At worst, NMFS will assume that reef aquarists have little trust in their science or ruling, and require a great deal of regulation. It’s understandable for this to be an emotional issue for reef keepers and conservationists alike, who as I mentioned before have goals in complete opposition to one another. 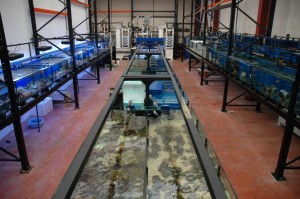 Honesty in information provided to aquarists is vital. PIJAC has issued a call to action regarding legislative proposals in Hawaii. One of the proposals HB 883 is a law that would make selling marine life subjected to cruelty a misdemeanor. It adds criteria for cruel treatment as: bringing fish to the surface too quickly and puncturing their swim bladder to relieve pressure ( a practice known to damage vital organs or cause infection). Keeping collected fish in less than 1 gallon of water per species and withholding food for 24hrs or more. Oddly enough PIJAC says that this legislation would prevent marine collectors from offering humane treatment to collected animals. My reply to that statement, WTF mate?