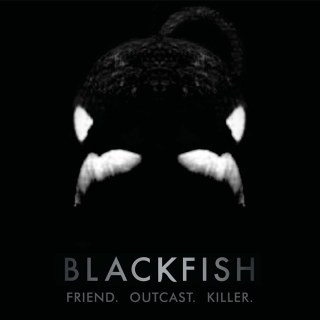 
Blackfish premiered on January 19, 2013 and was later acquired and broadcast by CNN in October of the same year.  The film by Director Gabriela Cowperthwaite tells the story of the death of Seaworld Trainer Dawn Brancheau caused by the captive killer whale, Tilikum. In the process, the director’s narrative also cast Seaworld in a most negative light.

I have no vested interest in Seaworld nor do I have any intention of espousing my opinion about killer whales in captivity.  My concern is that Blackfish purposefully misleads viewers to convince people of its agenda.  It succeeds at this goal (judging by the public’s reaction) by appealing to the viewer’s emotions through selective story-telling.  Blackfish is more a propaganda piece than it is a documentary.  Slanted sensationalist productions unfortunately seem to be the new standard content for documentary networks like Discovery and History and news networks like CNN.

What concerns me even more is that Blackfish seems to have served as a referendum against all zoological institutions by portraying Seaworld and its sister parks as inhumane and uncaring profit-driven corporations … and by extension zoos and aquariums as a whole.  The film does absolutely nothing to present a balanced depiction about the educational, conservation, and research work done at these institutions.  As a consequence, many Blackfish viewers adopted a new-found loathing for zoos and public aquariums and have consequently taken their new keyboard crusade to social media, chatrooms, and discussion boards.

And that’s a tragedy.  I know many zoo and aquarium staff; I can attest that they are some of most passionate advocates for the welfare of animals both under their care and in the wild.  Simply put, it’s why they do what they do.  A lot of research and conservation work is conducted at these facilities (some of which Advanced Aquarist has reported).  Whatever your personal beliefs are about the ethics of keeping killer whales (or any animal) in captivity, this topic merits rational dialogue, not demagoguery through cheap emotional ploys and scripted trickery to vilify opposing views.

Update: Several of the trainers have openly regretted their participation in Blackfish for similar reasons to my concerns, including Mark Simmons.  When the interviewer asked for Mark’s first reaction after watching the film, the former trainer responded: “Physical nausea. If you’ve ever been in a place in your life where you know something intimately, and to watch a movie about that thing, one that appears very well done, very credible, yet which is a complete perversion of your reality…you’ll know what I felt like.”

This recent interview with a former Seaworld killer whale trainer encapsulates much of my opinion about Blackfish.  I thank Tal Sweet for bringing it to my attention.