Cup coral has one of the softest of hard coral skeletons which makes it easy to cut with just about any high-speed abrasive cutters.

Due to it's toadstool-like shape, it can easily be fragged by removing a halo from around it's outer perimeter which can then be segmented into smaller frags. This produces a large number of frags while preserving the original growth form of the colony.

As with all LPS corals, survival and growth rate after fragging can be greatly increased by avoiding as many polyps as possible while cutting. 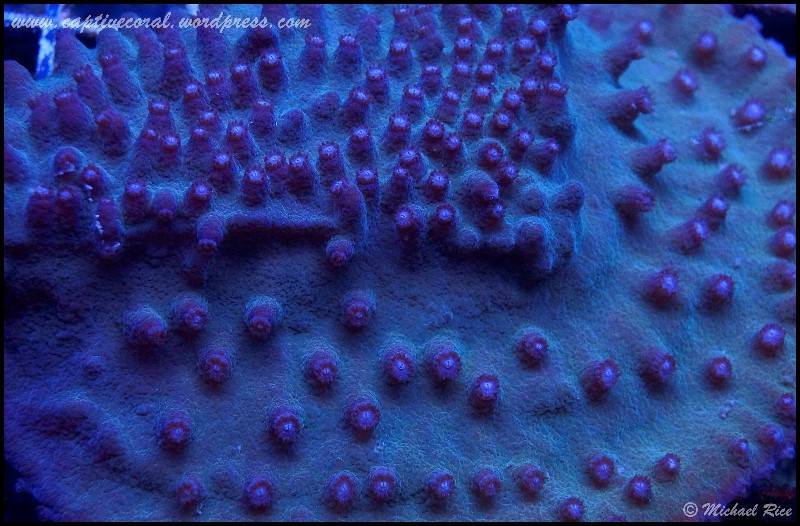 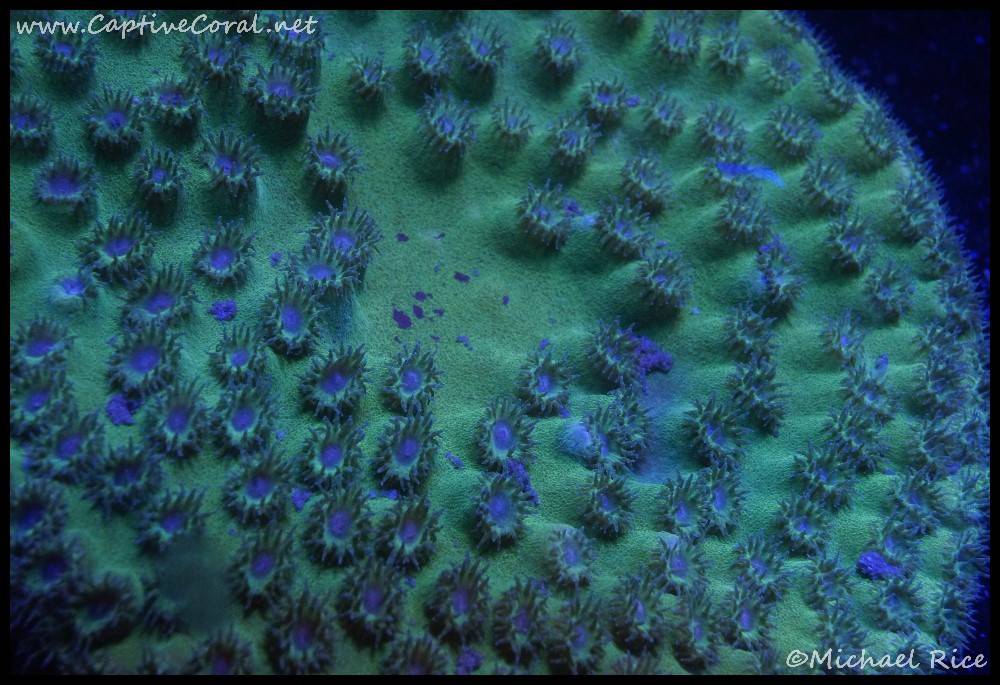 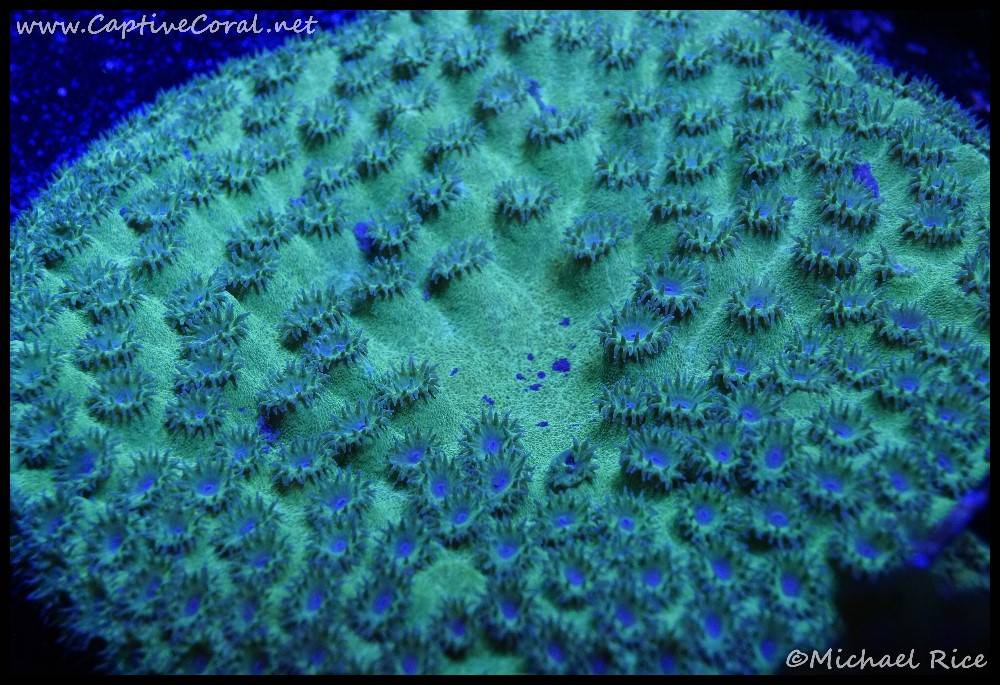 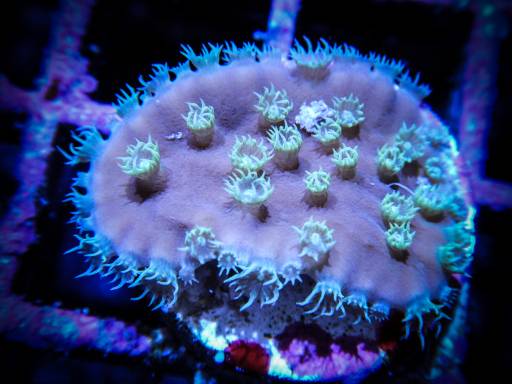