Has anyone with a nyos skimmer had a long break in time? It’s been running over a day now and I haven’t managed to get a nice thick foam for a dry skim yet. It worries me especially after the price tag on the 220. I thought I was upgrading from my asm g4 skimmer which has always produced right from the beginning but it was more of a dark tea not that dark sludge. It was also leaking micro bubbles so I thought the nyos would take care of that, normally I wouldn’t care but I would like to put my 4 probes in that chamber of my bashsea 48 sump since it’s built in , I currently have a magnetic prob holder in my fuge chamber cuz I don’t want the micro bubbles messing with the readings..... the only thing I can possibly think of is that right now my sump level is at 9”, nyos reccomends 8” for it to “run perfect” so I was gonna make a 1” stand today even though marine depot suggests 8-10” water level , I dunno I just want the damn thing to work, any help would be appreciated if anyone has any thoughts thanks guys!

Give it some time. A a few days to a week is normal for a new skimmer just take the cup off and let it overflow. You wont be disappointed with this skimmer trust me.
P

Took me over 2 weeks to break in my NYOS 220. I also had to build a stand to get the skimmer at the 8" height. Thought the epoxy I used to build my rock structures might have been the reason for long break-in time.

Peter C said:
Took me over 2 weeks to break in my NYOS 220. I also had to build a stand to get the skimmer at the 8" height. Thought the epoxy I used to build my rock structures might have been the reason for long break-in time.

Had the same issue with the epoxy. I basically had to break in the skimmer again after using that stuff.

It does take some time to have it fully "optimized." I have had mine propped up to 8" but ultimately settled on 9". I was getting bland wet skim mate for a while, but its really humming now.

How is the bio load in your tank now? Make sure you use the big tube riser as part of your tuning. You want the water level at the neck of the skimmer for dryer skim mate. 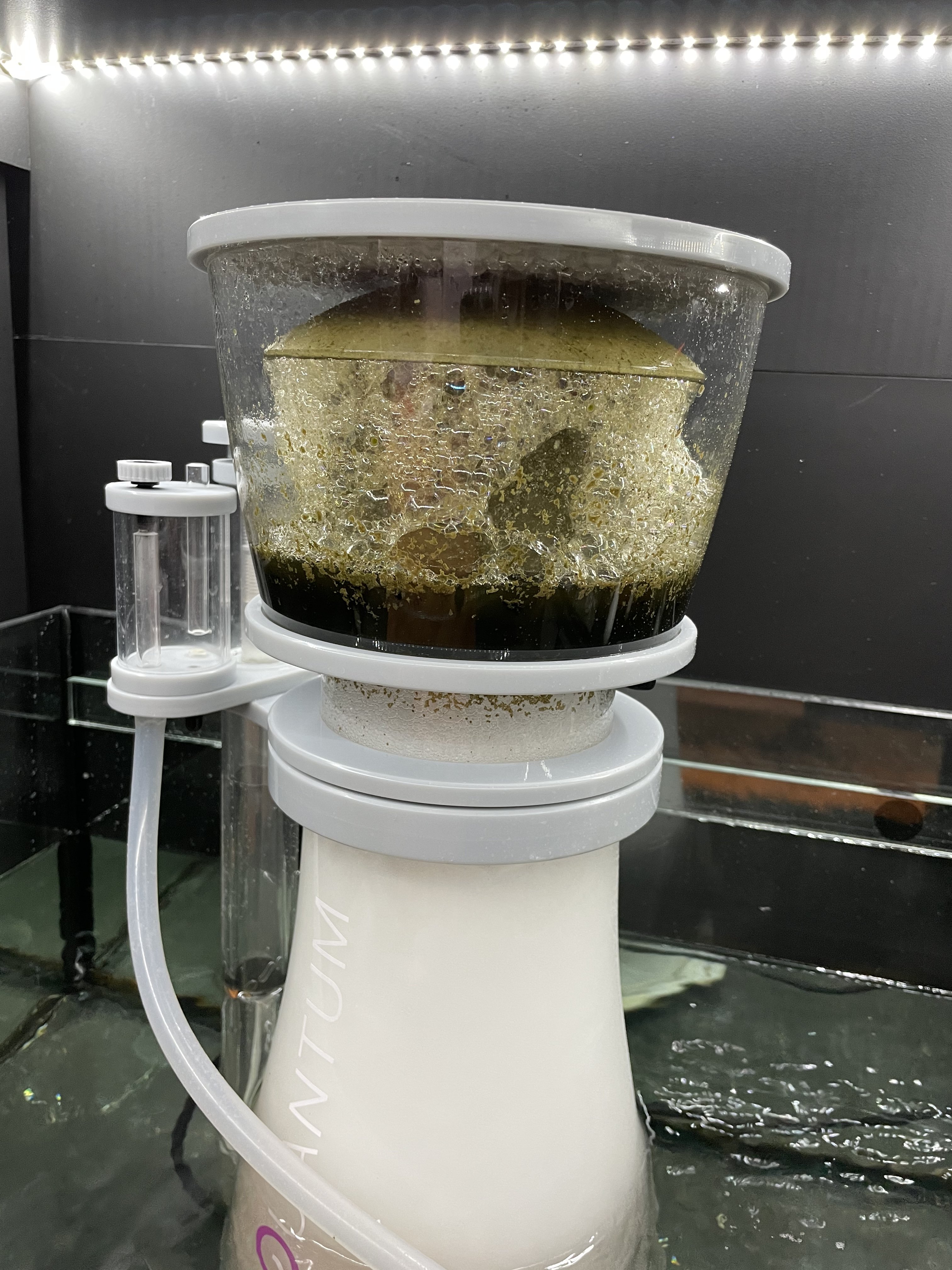 thanks for the confidence boosters guys, geeez if i waited one more day i wouldnt have posted about it, all i have to say is WOOOOOOWWW!!! one day later and its pumping some tar out! i went from completely skeptical to completely way more than satisfied!
Show hidden low quality content
You must log in or register to reply here.
Share:
Facebook Twitter Reddit Pinterest Tumblr WhatsApp Email Share Link