Since RC is down and I used to post here almost exclusively.... I'll re-post my question:

My overflow can handle around 1400 gph, although I should go under a little since I am adding a asurge.

Efficient and low heat would be nice, submersible is necessary.

Have you checked out:

Between those two pages you should be able to get a starting point.

I forgot how much I miss this board. This prompts me to spend more time here again.

I still have more posts here than on that "other" board, I think.

I'll still take any suggestions from anyone.
L

FWIW, I know many people that are very happy with both the Sequence line and Iwaki line of pumps. However your requirement for a submersible pump negates these two from the get-go. You might look at the Mag line of pumps. IIRC they have a Mag24 and Mag36 for sale now since we put together the info on those two pages.

I would avoid Mag line of pumps like a plague. I've head nothing but problems with mag3, mag5, and mag7 when used in a situation where I needed a bit more head pressure. Also if your pushing water that high, you are going to generate heat so watch out during summer time.

Yep, that's the big downside to submersible pumps -- heat. If you can mod your existing plumbing system, I'd recommend an external pump to minimize heat.

The thing about it is, my new sumps are 150g rubbermaid stock tanks that completely fill the space in my new dedicated shed.

To offset the heat, I hope it helps that I am burying the bottom sump into the dirt and using it to anchor the shed down, plus I have a chiller. The heaters hopefully won't need to come on and the outside temp, especially in the dirt down a couple feet, should help cool the system.

In the winter at night, heat won't be much of an issue I guess.

Reliable and powerful may be the keys I need in a submersible pump.

I would also recommend taking a look at the Dolphin pumps.
M

I have an external overflow box - a dual LifeReef.

I think it only handles 1400 gph, or at least that's the average.

I am also adding a surge, but I guess it won't matter since it's still part of the total GPH that the system will be returned from. It doesn't matter how many times the surge fires, it's still only being fed from the return.

I think 1400 GPH is safe. Much more sounds dangerous. Believe me, I want the flow. I just have a glass tank that can't be drilled. I've read a lot and called around, and drilling an overflow in a 135 glass is a recipe for disaster.

Total GPH at 1400 is my goal, including all the head loss from the vertical and horizontal tubing plus the 45's and 90's.

I'm putting an OceansMotions device on the end too.

As strong as possible, limited by my overflow box, plus as random as possible with an OceansMotions and surge. Strong, random current?

The Little Giant 5.5 is giving me 1325 on the calculator. So far, that's the closest I'm seeing. Everything else seems too high or too low.
7

I'd be interested to see if there's another large submersible pump besides the Mag24... I can't think of one, though.

Look at the external GRI pumps. They are small, very powerful and extremely reliable, but are electricity vampires. If the sides of the sumps are angled, you might be able to slip one underneath then use flex pvc & unions so you can pull it out to service.
7

You could also install a doggie door, put the pump outside and a put pool pump cover it.
A 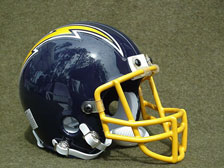 Thanks Anthony. Good idea. I may actually have some space, but it occurred to me that because the bottom sump should be in-ground, I still can't do a submersible.