First reef tank set up 2 months ago during pandemic lockdown. Attempting to do this no water changes using DSR-EZ system which I started 1 week ago. 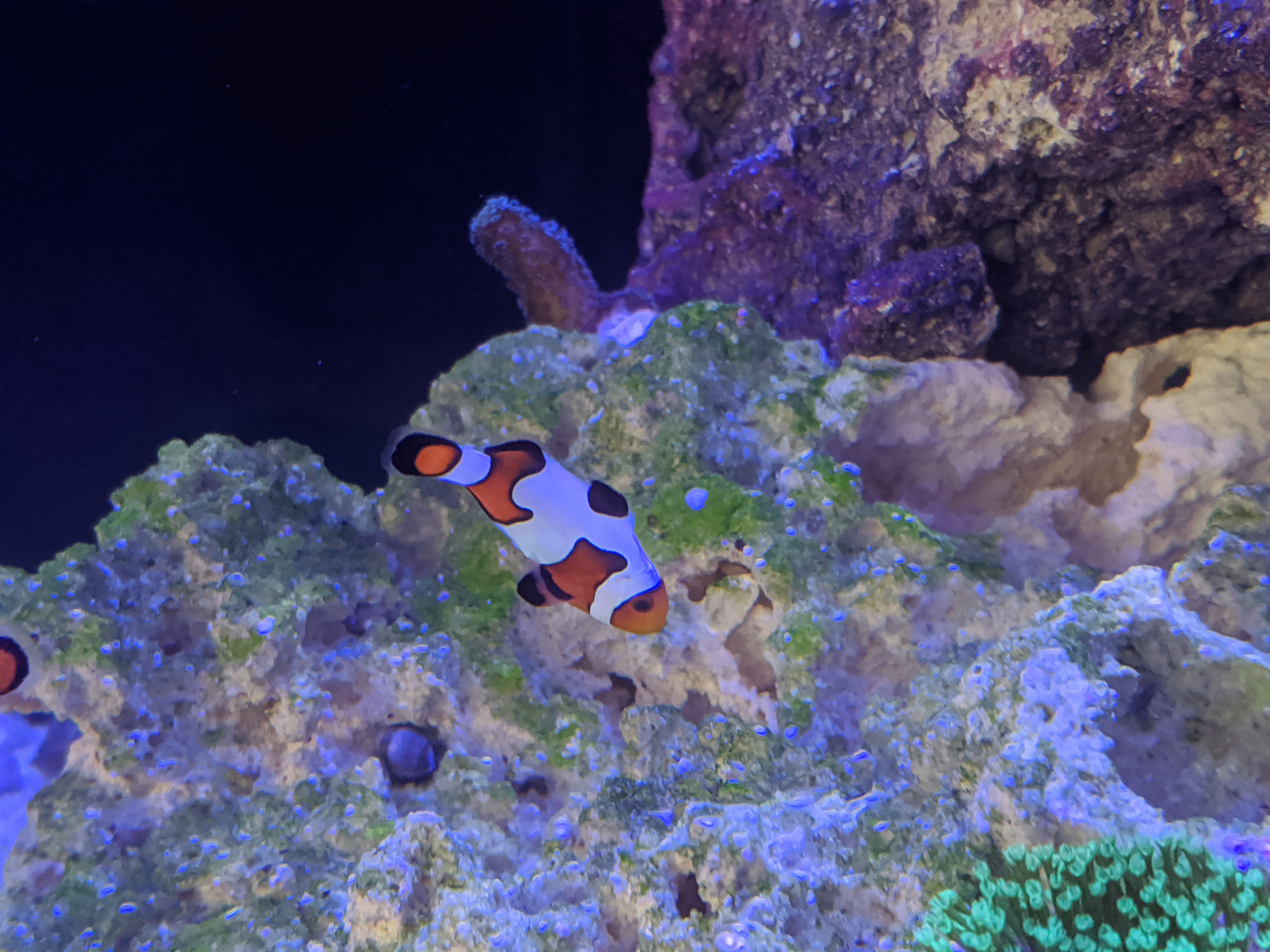 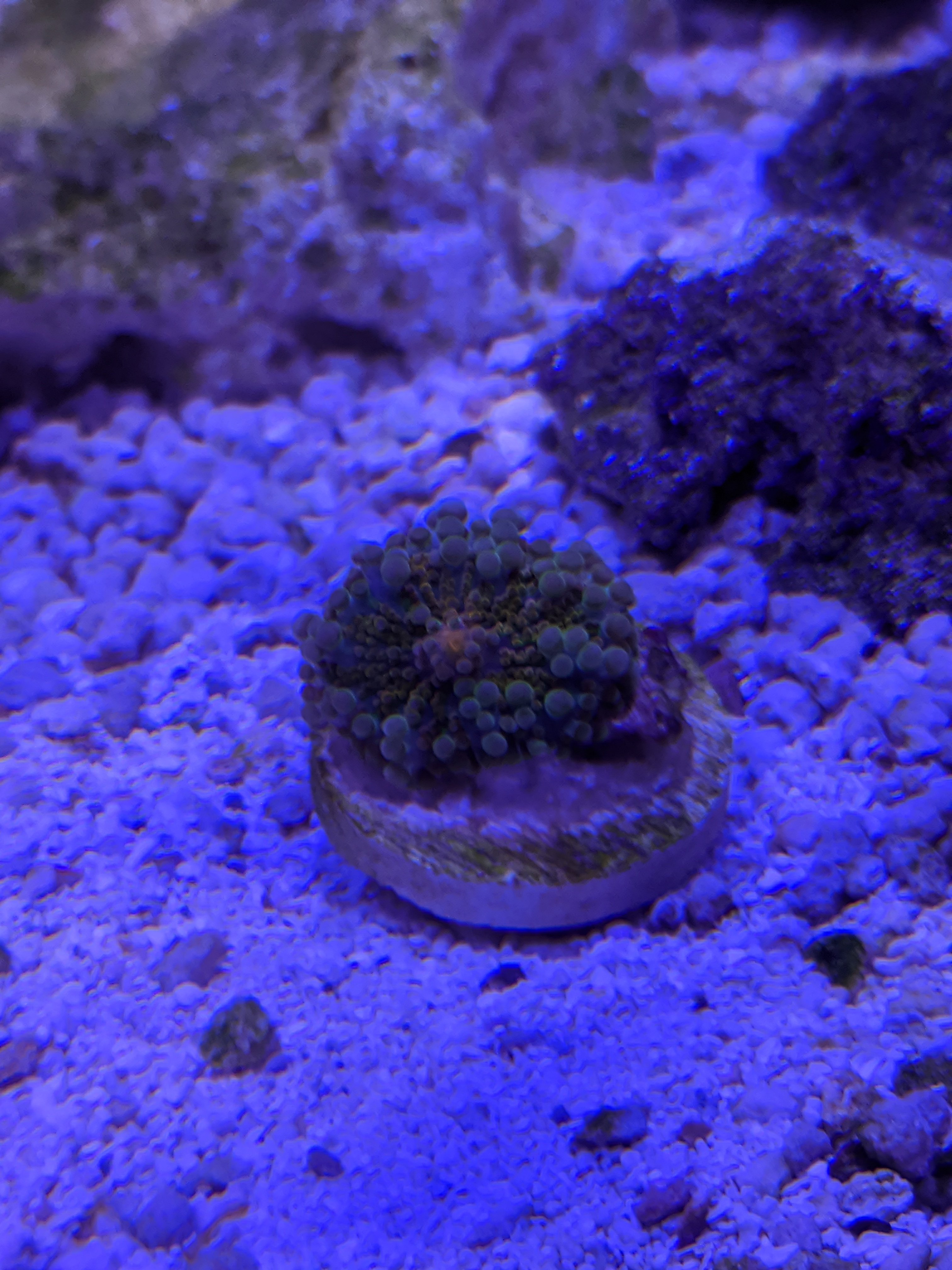 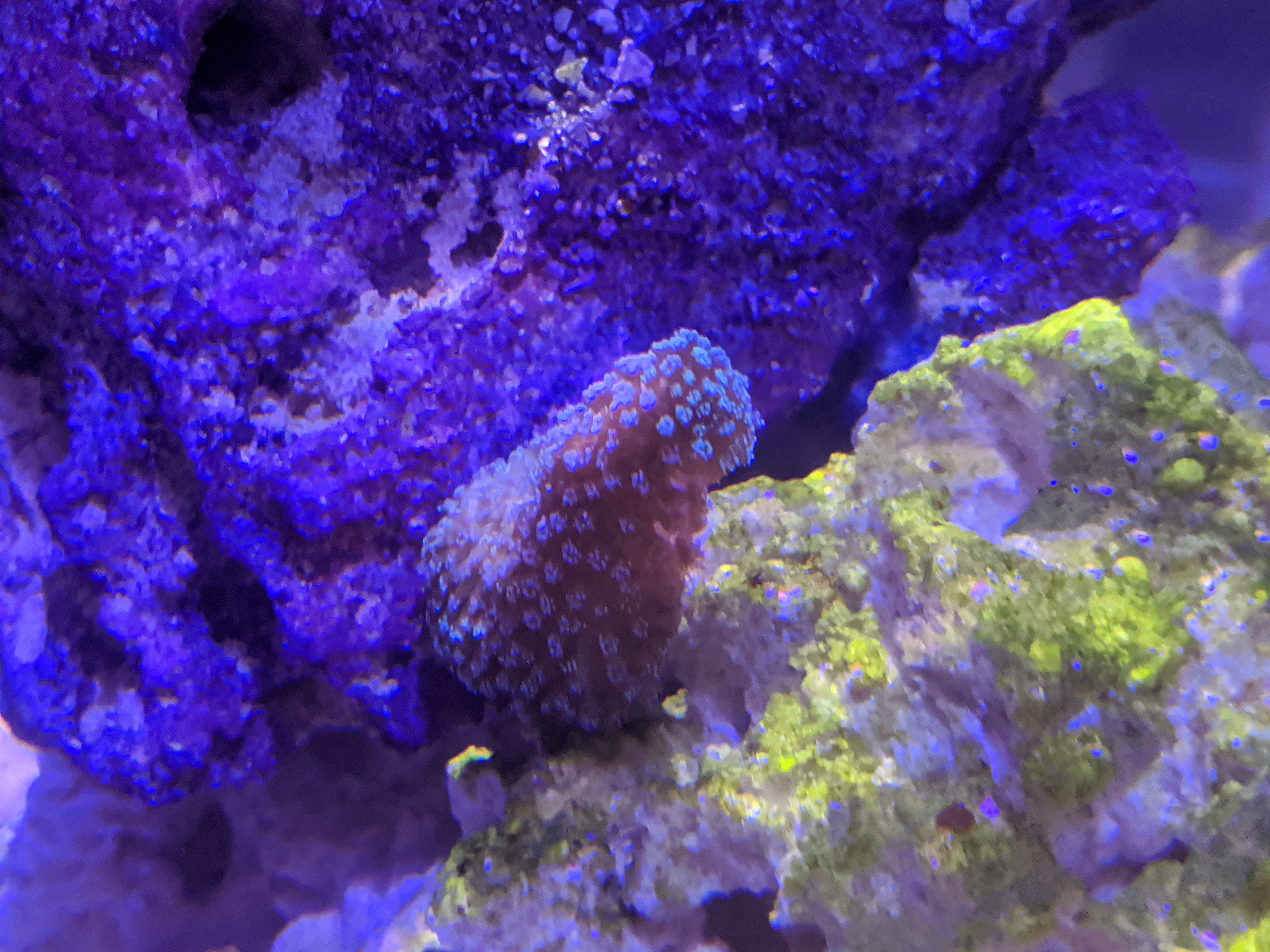 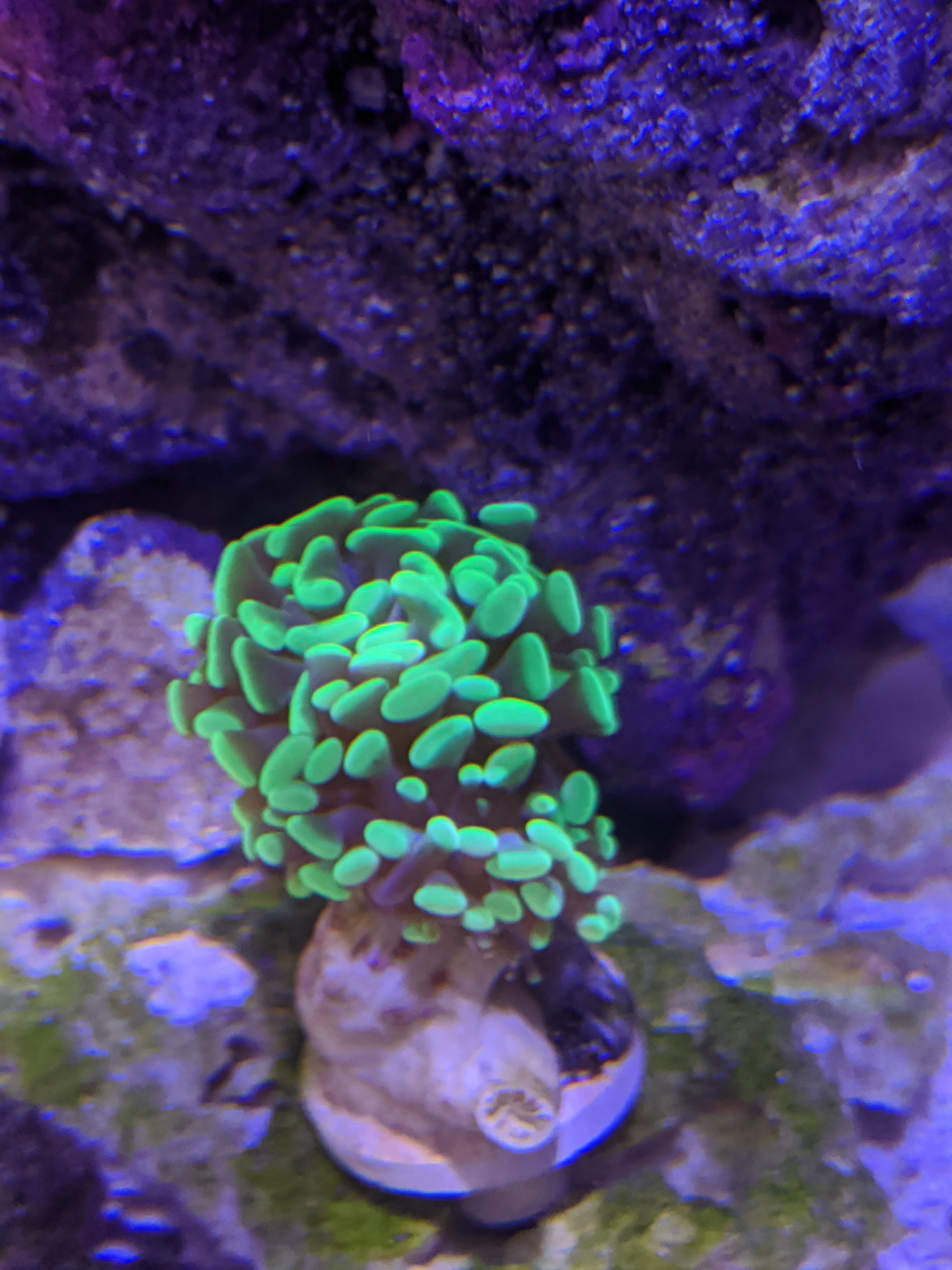 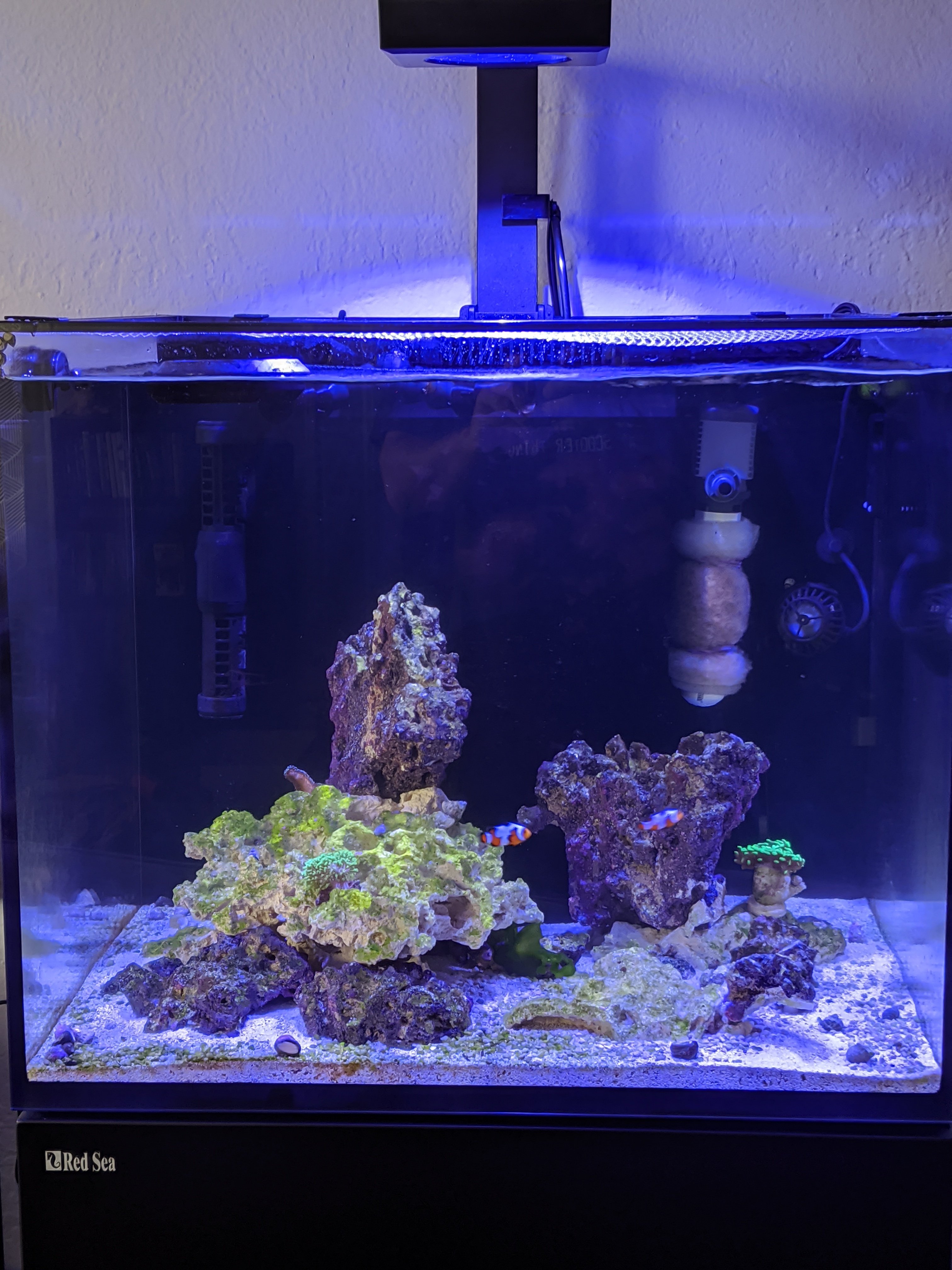 Finally set up the jebao doser with EZ-Buffer and EZ-Carbon. Split up into 4 doses per day each. Every 6 hrs. Starting at midnight with buffer, then an hour later 1am with carbon, and every 6 hrs thereafter. Each dose is 2ml for buffer and 1.5ml for carbon. Any inconsistencies in accuracy from the jebao I figure will get sorted out and accounted for by minor adjustments in total calculated dosing.. meaning the calculator will probably say something like 8.7ml/day but if I were to measure the real dosing per day from the pump it would be like 9.6ml/day, and over time it will find the sweet spot.

Still have not started calcium or trace yet. Not needed at this point.

Some photos of auto dosing and my 5 gallon ATO container that won't fit next to the cabinet! I drilled holes in the screw lids for the ez chemicals to same size as an acrylic tube, then connected some quick connectors to the acrylic tube and the santoprene tube that goes to pump. This way I use the ez chemical bottles as reservoir, and have no leaking connections! 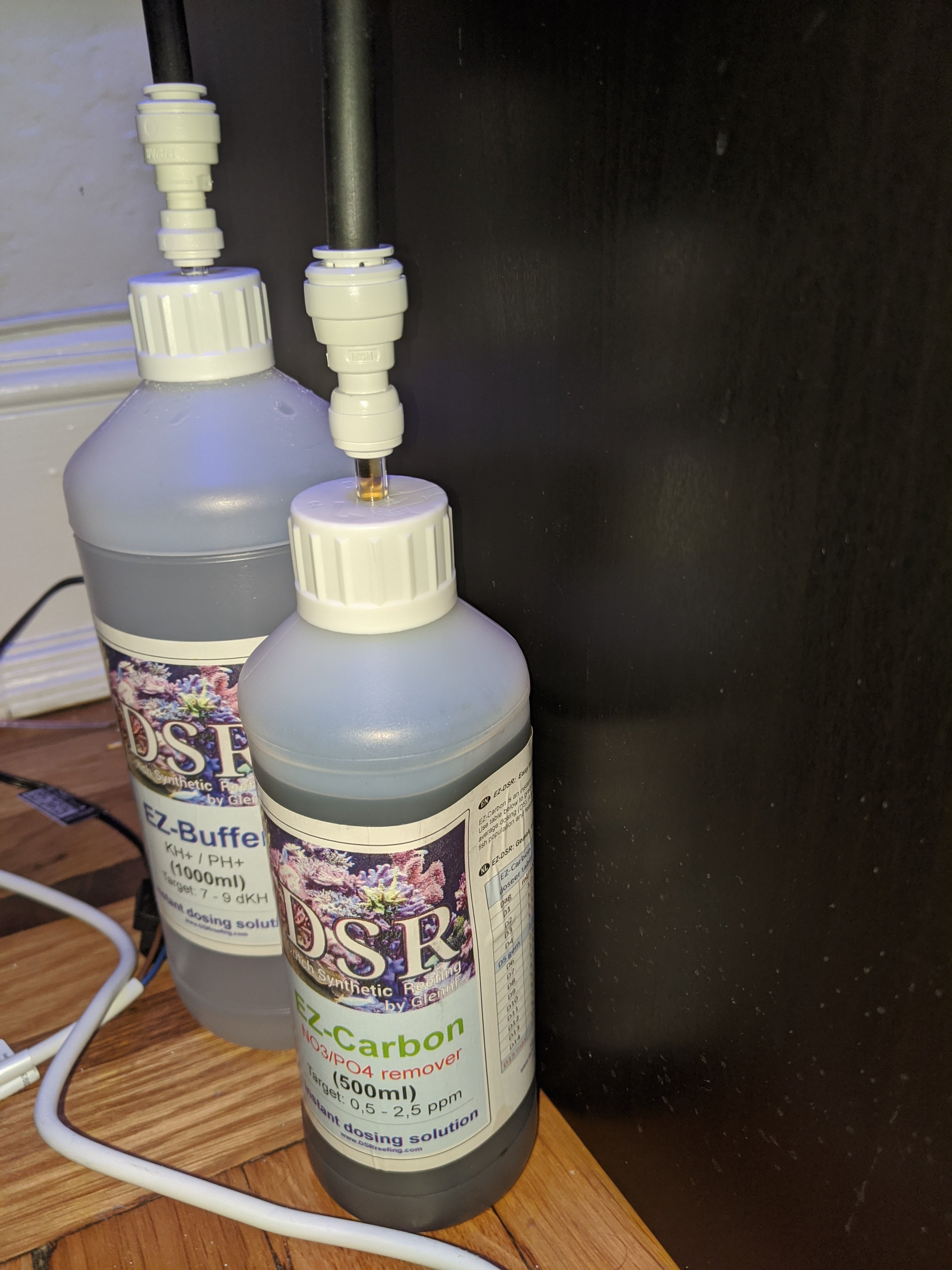 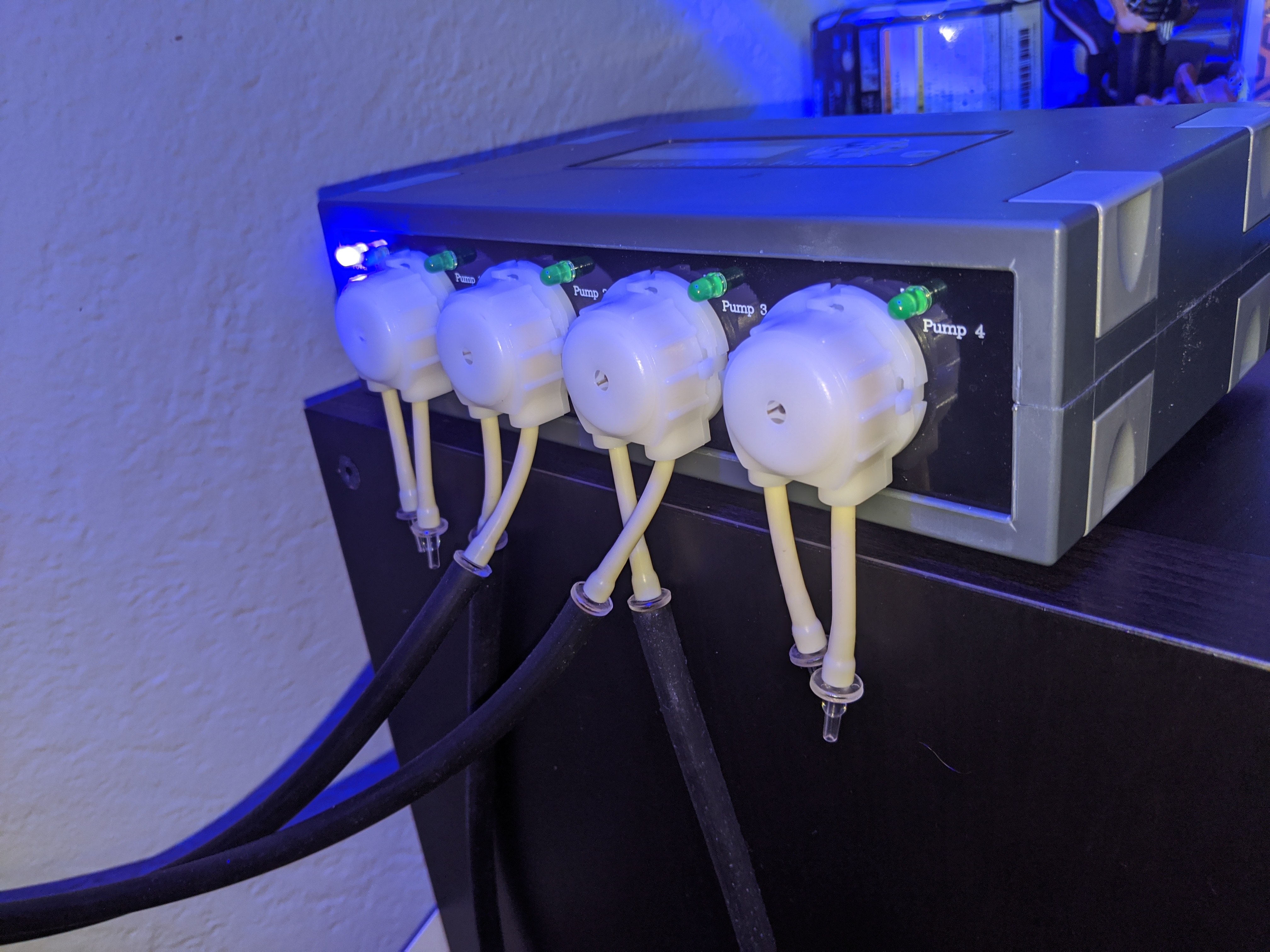 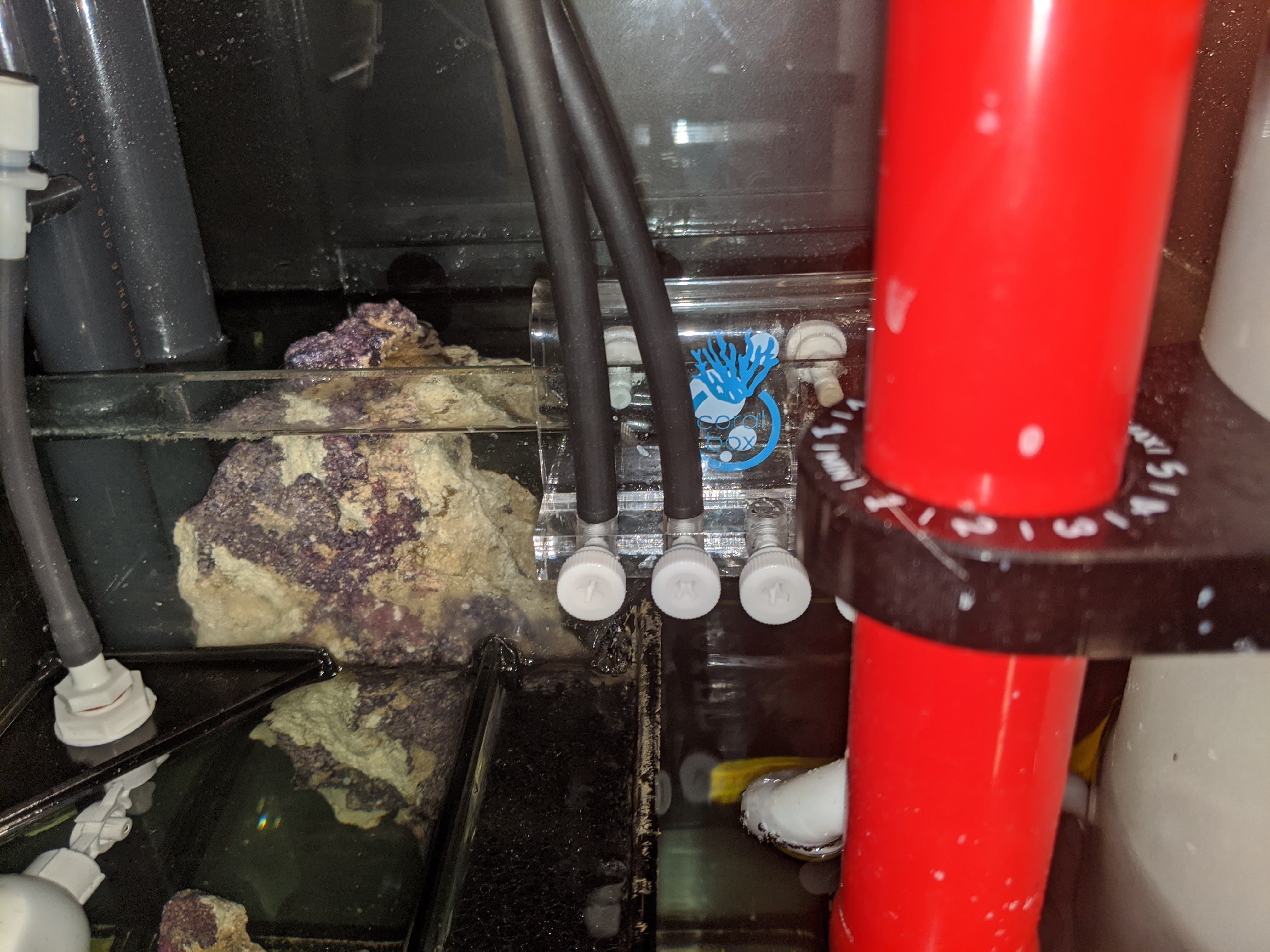 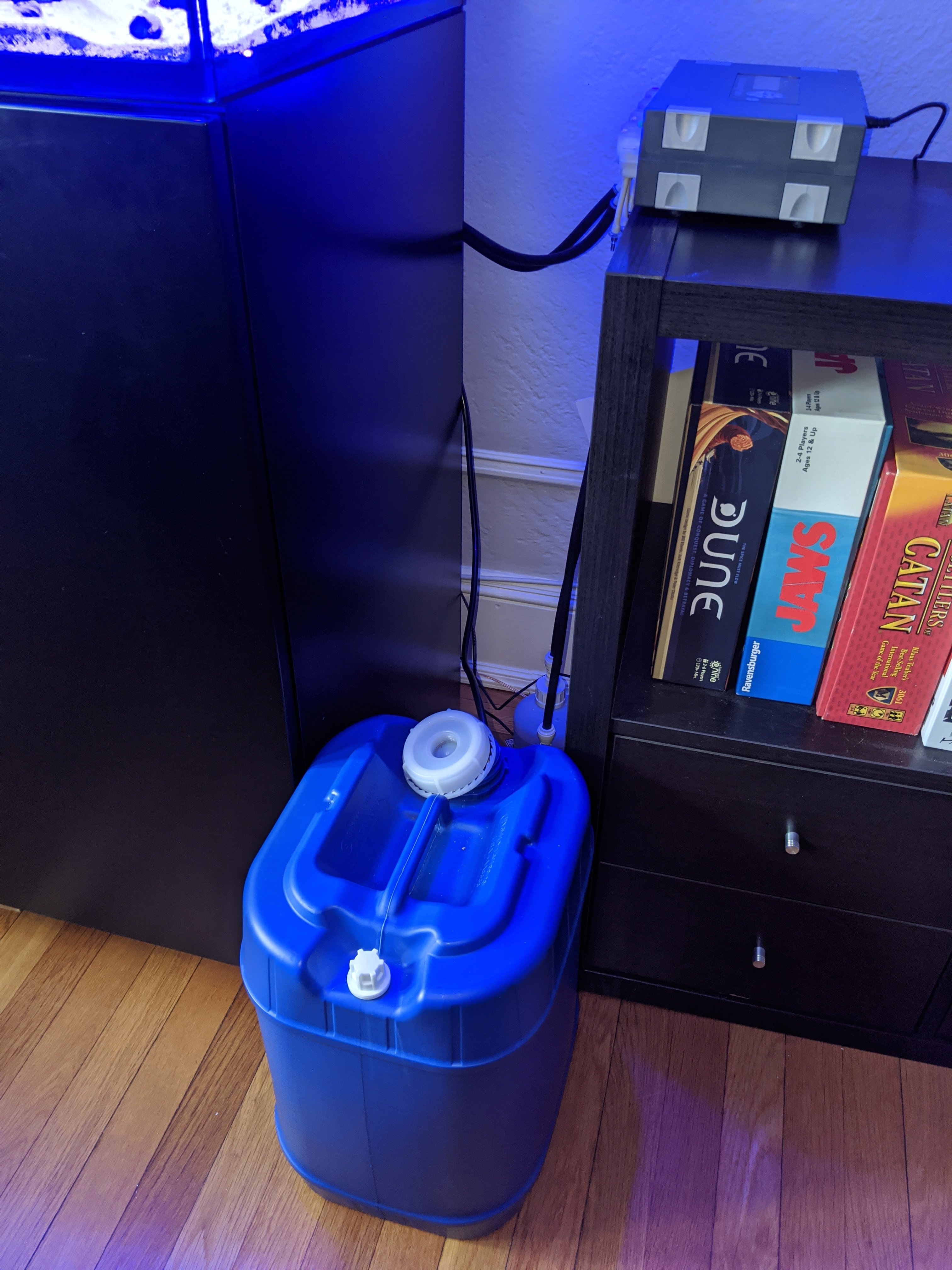 EZ-Carbon, I have been working up the dosing table daily as instructed on the bottle (first day D1 dose I did for two days until I realized I was supposed to go up each dosing amount every day). Started out with 0.12ppm phosphates and 10ppm nitrate, looking for my targets of 0.05/5. Both nutrients saw no change over the past 10 days, until today. Using the Red Sea visual phosphate test, I finally saw my phosphates drop from 0.12 to close to the next lowest range of 0.08. Visually it could be 0.08 or 0.10 (halfway between the two). Nitrate still holding at 10ppm with no change at all. I'm going to hold my carbon dosing at the last amount used for approx. the next week and see if phosphates keep going down slowly or if nitrates finally start to trend downward, then make fine tuned adjustments based on what happens over next week.

As mentioned above, finally set up the auto doser!

Moved the 4 coral into their intended "final" locations and had much disasters in removing the new ones from plugs and gluing down. Broke the skeleton on my green hammer almost up to the head half of the skeleton fractured off as it was way more hollow than expected down at the base where I tried to cut off the glue from the plug. Glued in place for 4 days and it seems to be unaffected by that. Rainbow yuma got glued onto the rock in a section of itself accidentally as my superglue bottle splurted all over when I was just trying to get a small dab out onto the bottom of the tiny rock the yuma is attached to, so that I could attach that rock to a larger one in my display. Didn't think it was going to make it cause it looked covered in glue. 4 days later it extracted itself from the glue handcuffs and will do fine, once it heals the section that was glued down. Stylo is doing fine in its final spot, and the original coral added, leather toadstool was moved to the side and slightly higher and it is happy as can be, getting much bigger.

6 more coral purchased and waiting for pickup on Wednesday. Another hammer (gold hammer), and a bunch of encrusting sps which I love. psammacora, a few different monti, digitata, etc. This will finally get my tank away from neon green dominant to a good mix of colors. 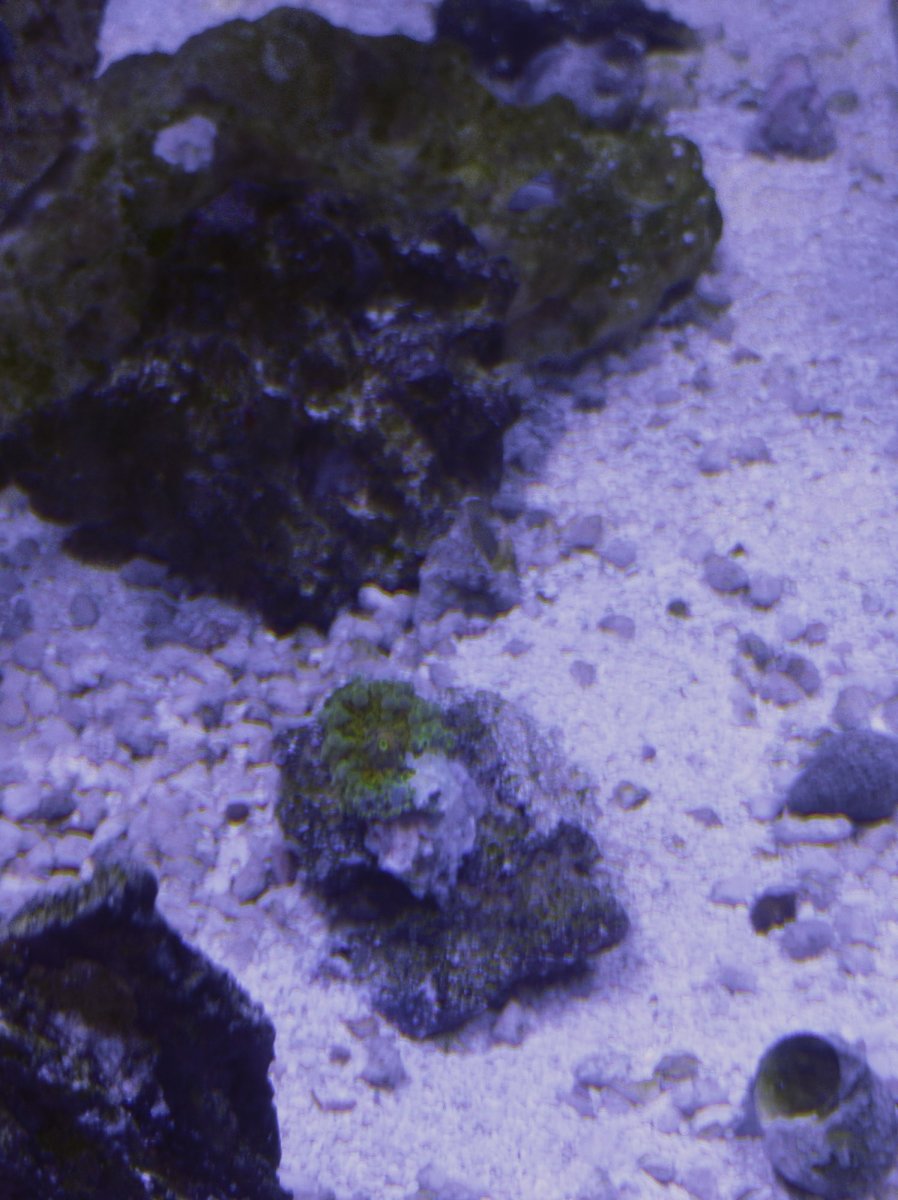 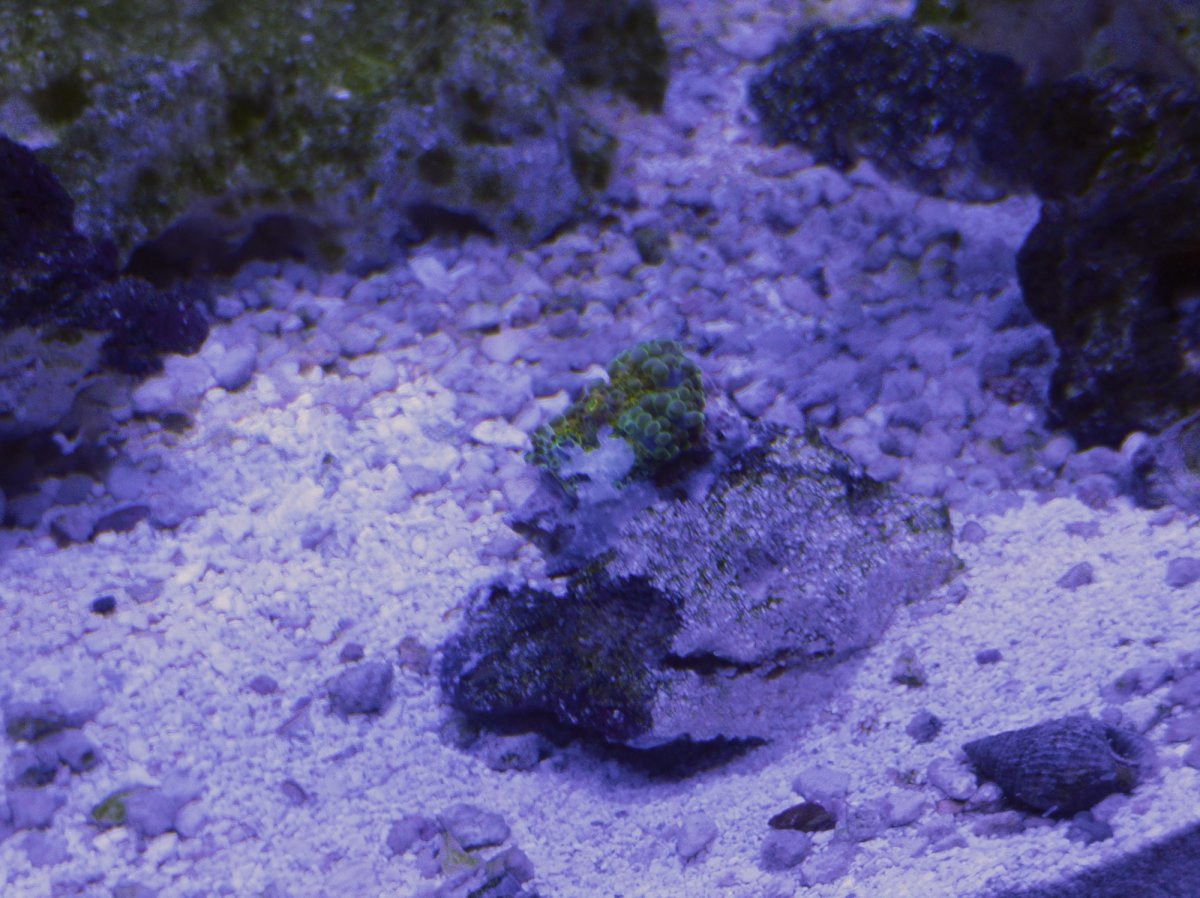 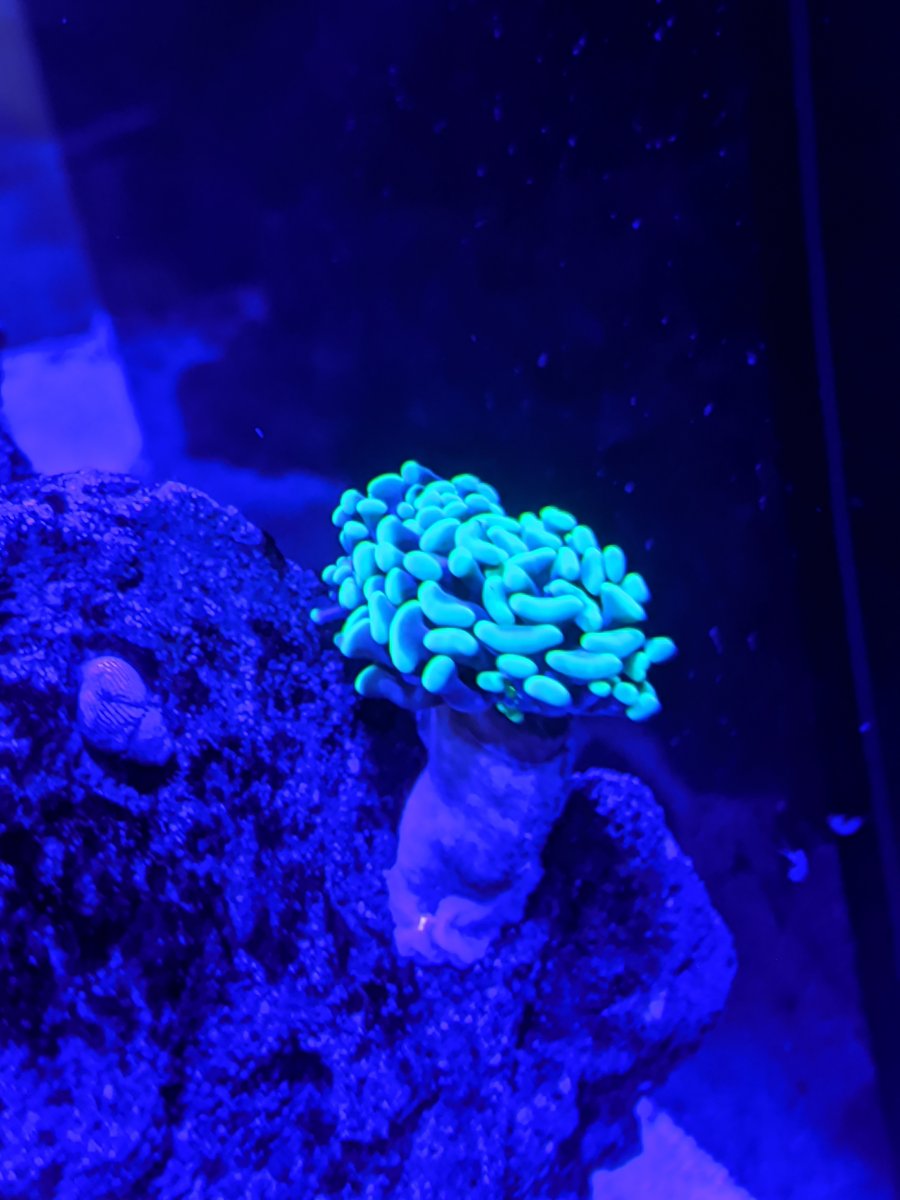 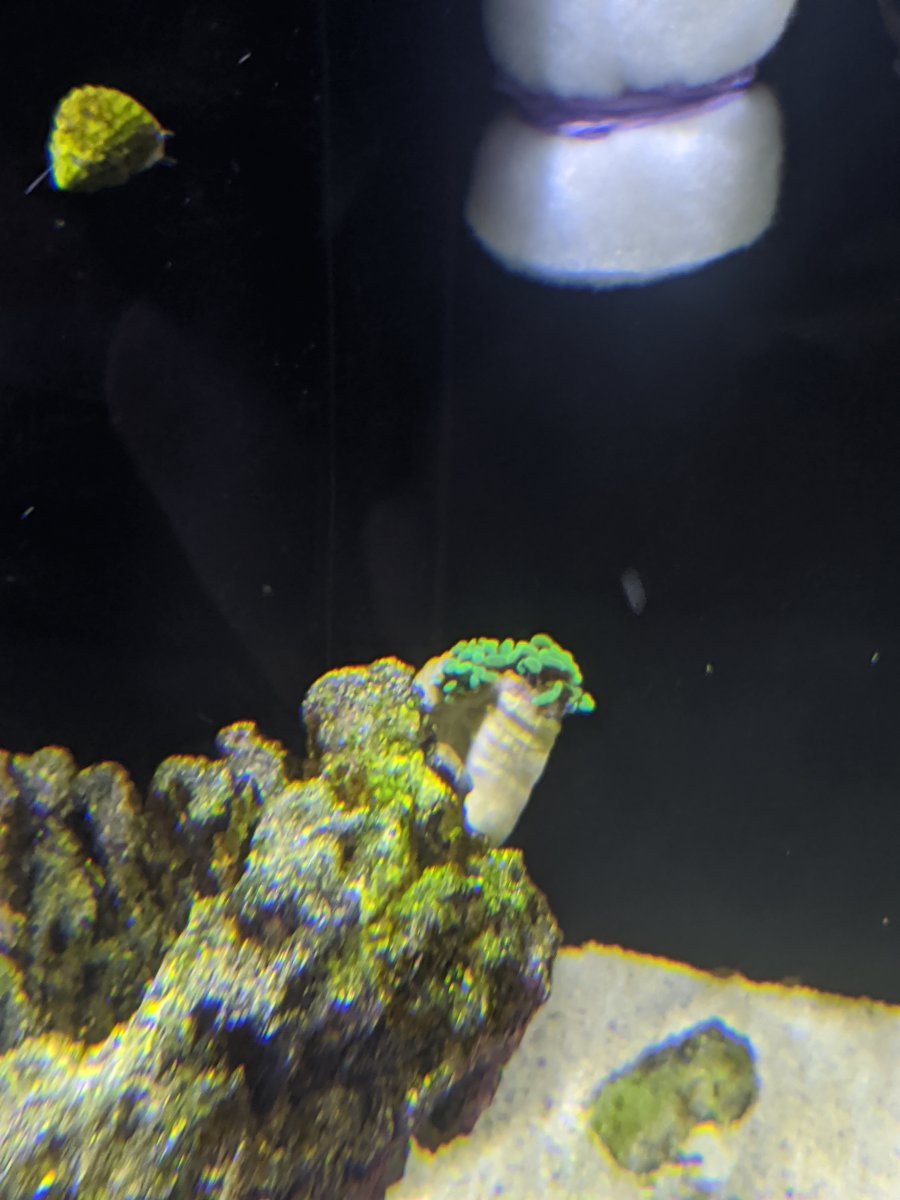 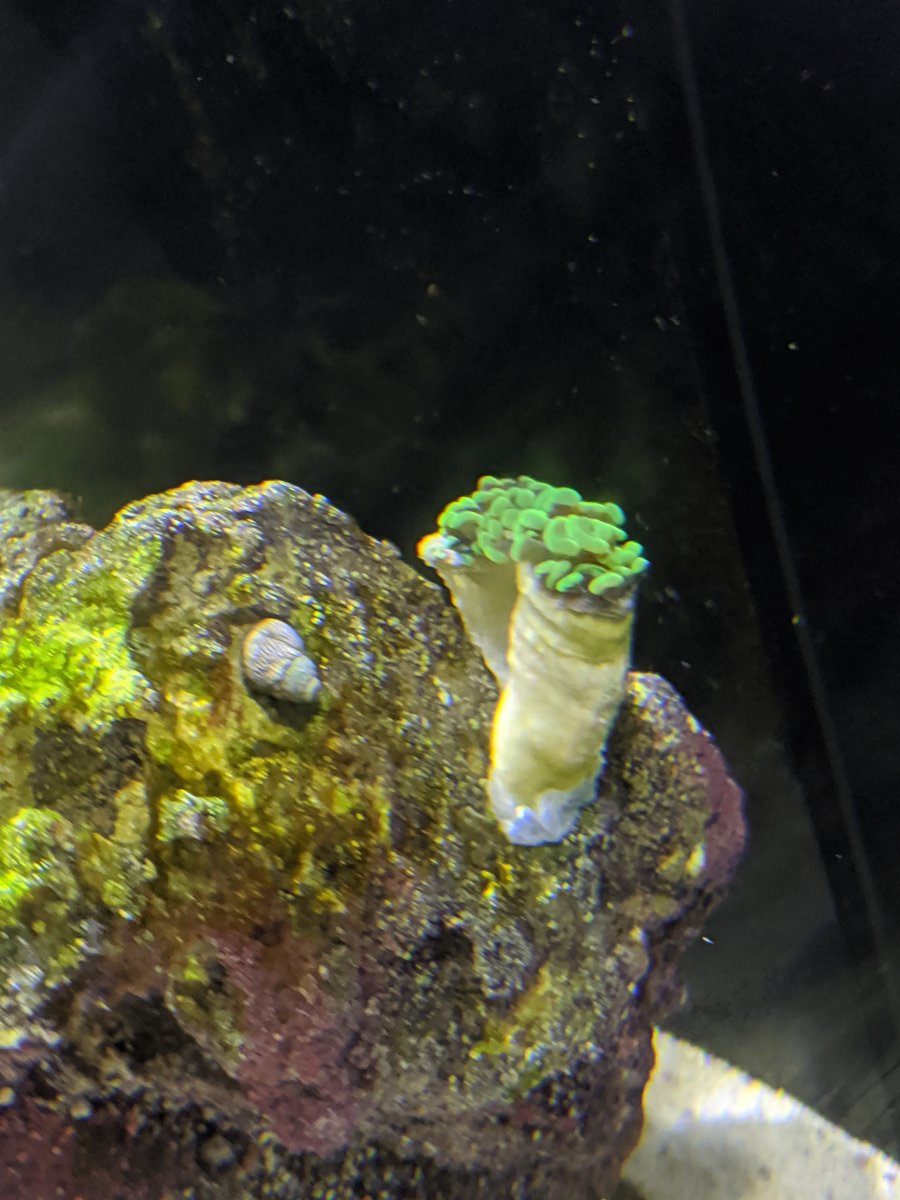 I noticed once i added my hammer last week, that this return pump acting as power filter on the right side of tank was blasting this side of the tank with constant boring and strong flow because my tank is a smaller reefer 170 with only 20" deep back to front. So i ordered and just installed a random flow generator with threaded adapter to fit the return pump output. As soon as I did that, both my hammer and the clownfish seemed much happier with the flow! 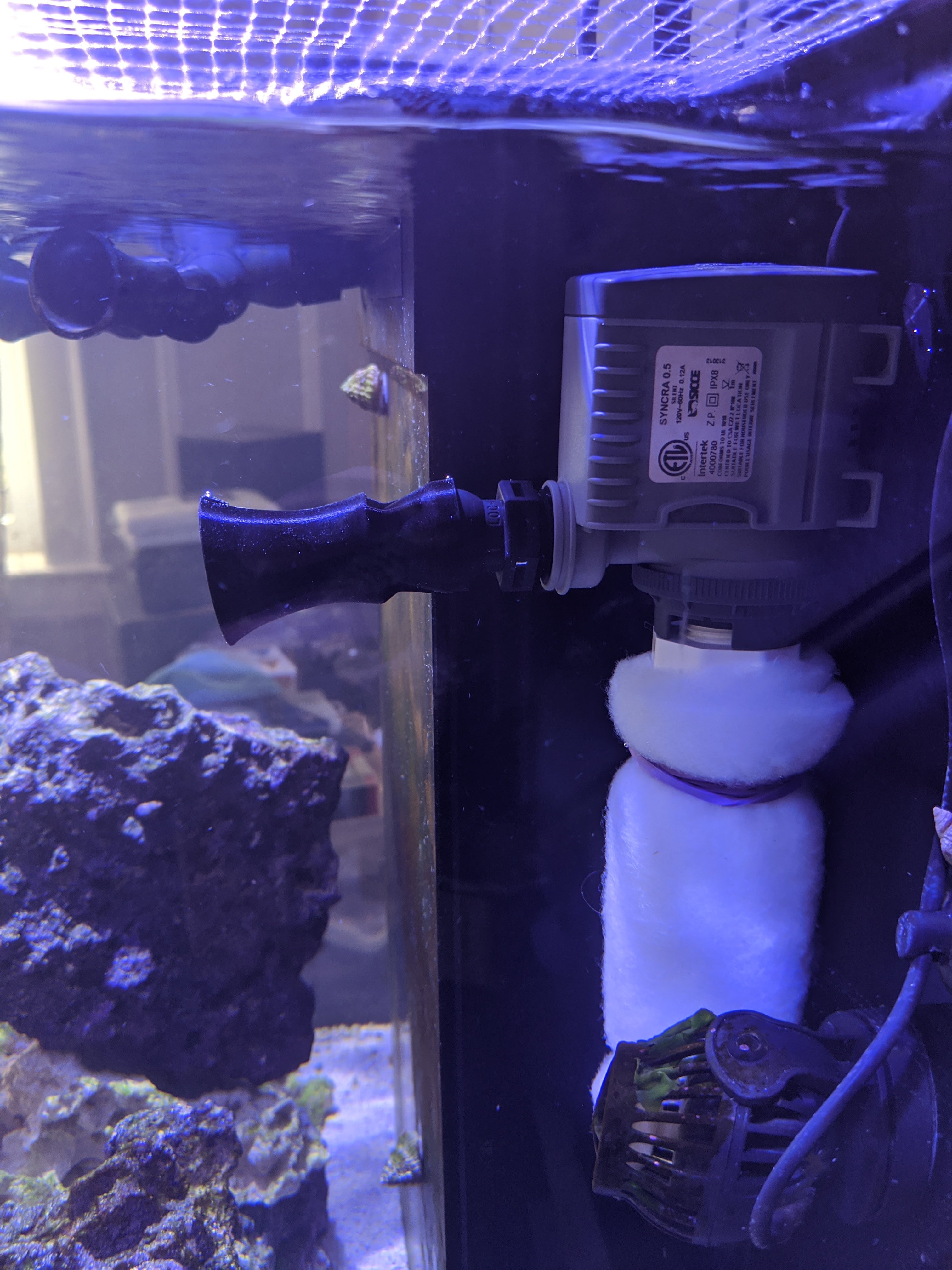 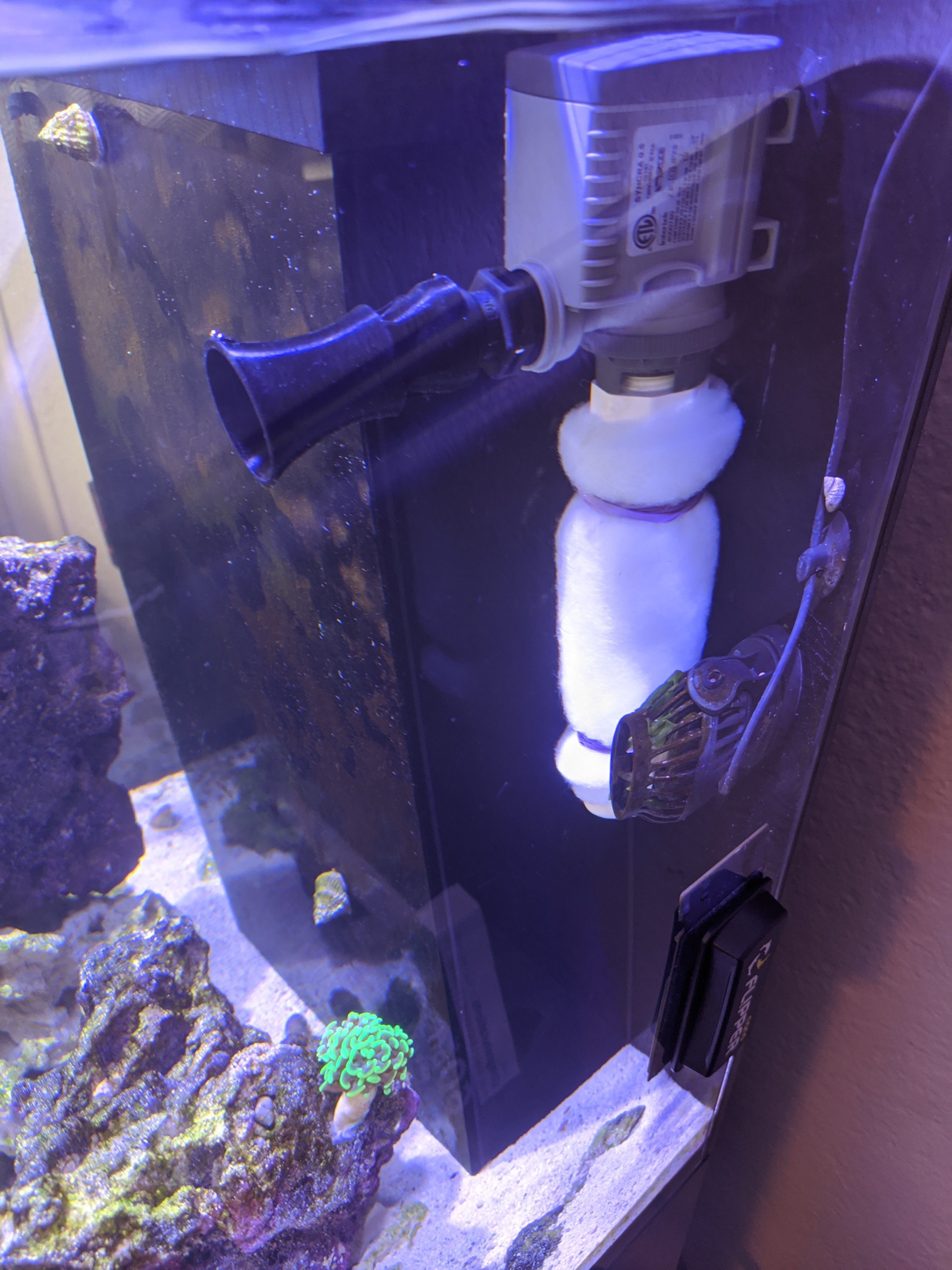 Why so much flow in such a small tank? Are you going to go all SPS?
S

Kinda an accident. Had the reefwave 25 on left side and stuck a jebao ow-10 on the other corner to add a little more randomness and kick up the detritus in the opposite corner to the gyre. Both turned to about 65%. But then i decided to try this dsr ez method that requires power filter inside DT, which added another 400gph power head essentially and everything is blasted. So the rfg help break it up, and the gyre and ow-10 are both now turned down to about 30-40%.

Realized it was a bit much once i put my clowns in and they stuck to one corner of the glass, and my hammer looked a bit battered. So everything is lower now but lots of randomness from three different pumps plus the two rfg on the return pump output.

As for sps heavy, i was thinking mixed reef at start, but once i started looking for coral and buying things i realize it will be sps dominant, but with decent amount of euphyllia. I'm really into the encrusting sps like leptos and encrusting montis, and the fat cartoon finger sticks like stylo, pocillopora not so much the skinny wiry twigs. Plus hammers. So it will be a challenge to have sps dominant but with a decent amount of hammers in this small tank with lots of flow!