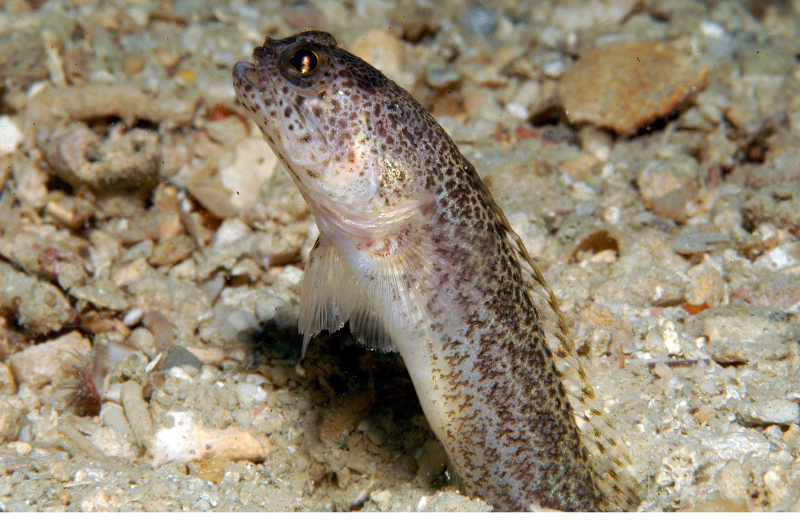 One of the more unfamiliar fishes in the ocean is Stalix. These are the ugly ducklings of the jawfish family, with most of the dozen or so species sporting a drab palette of brown, tan and cream. This chromatic ineptitude befits their preference for featureless sand and rubble flats, a habitat where rainbow-like colors are disadvantageous. While it may be somewhat aesthetically lacking, the genus is nonetheless special in its own way. The dorsal fin spines have a completely unique bifurcation at the tip, something not seen in any other group of fishes. However, this is an invisible feature without magnification, so, in general, these do qualify as rather unexciting creatures. 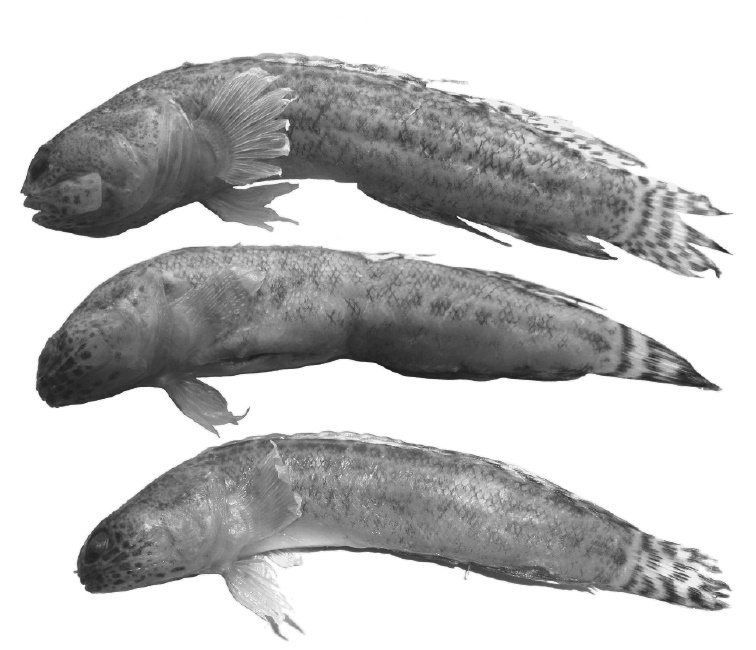 But, still, somebody has to write a word concerning the newest addition to the group. Allen & Erdmann, in their monumental tome covering reef fishes of the East Indies, recognized an undescribed species which they called the Freckled Jawfish. The freckles alluded to are the brown spots of the operculum, as well as the linearly arranged spots of the dorsal fin. So far, this fish has been found in Palawan, Philippines at 5-18m and from similar depths at Vietnam,. This latter locality was used to scientifically describe Stalix novikovi, the thirteenth official member of the genus. [Update: Jawfish authority Dr William Smith-Vaniz has suggested that the specimens from Palawan are likely another undescribed species closely related to novikovi.] A couple more species still await description, including one which briefly became a piscine celebrity when it was found swimming alongside the tentacles of an octopus.

As aquarium subjects, Stalix are a non-entity. Collectors mostly avoid their habitats, as relatively little there is of any real value in the aquarium market. Nobody sets up sand flat-themed biotopes, which is a shame, really. There are plenty of interesting creatures to fill such a tank with: snakeblennies and sanddivers, Myersina and Kojiro gobies! Pity the humble Stalix, shunned by the aquarium community.