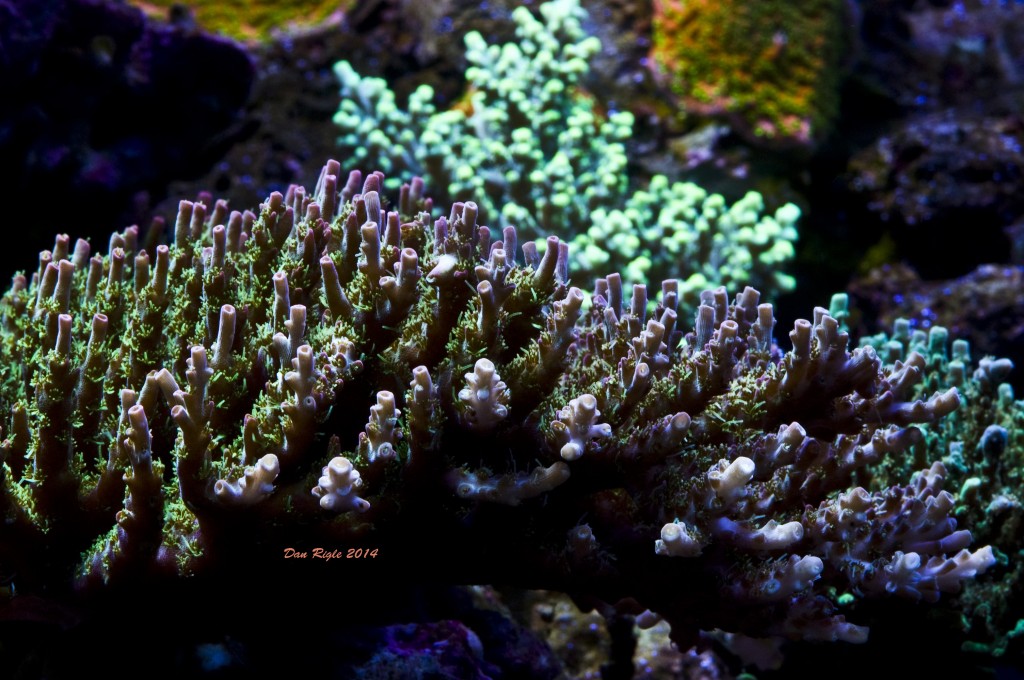 Australia is famous for more than kangaroos and awesome beaches.  Some of the most beautiful corals in the world also live there.  This unique Acropora originated from the Great Barrier Reef however the specimen has been grown to maturity in a captive aquarium in the U.S.  This was accomplished from a tiny seed fragment of the original colony that was imported.  The colony arrived in very rough condition with tissue necrosis advancing and my hopes for survival were slim.  I managed to fragment several small tips before the colony was lost and one half inch seed managed to survive.  Over a two year period the small fragment began to acclimate to the artificial reef it was placed into and grow rapidly.  The new colony began to show some amazing pigments as it matured and the pay off for the effort was realized.  Looking back at the original colony that was imported in my memory, and comparing it to the new captive grown coral, gives me a great sense of accomplishment.  Although corals come from all over the world to our aquariums, some of the most unique and colorful specimens come from down under.