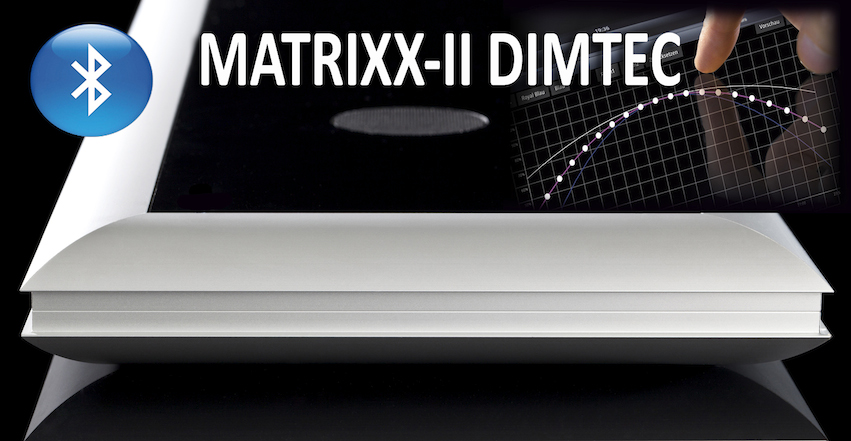 Giesemann is one of the few companies out there that isn’t abandoning the tried and true T5HO technology, and in fact, they are still making groundbreaking strides that keep it totally relevant in a time dominated by LED light fixtures. Around a year ago, Giesemann revamped the look of their Matrixx T5HO fixtures to bring their aesthetics in line with their gorgeous Teszla and Futura LED products, and just a week ago they announced even more upgrades. The brand new Matrixx-II DIMTEC will share the same sleek look as its predecessor, but will also incorporate full Bluetooth connectivity that allows it to communicate with a variety of devices including personal computer, Macs, and Android powered devices. The user interface is provided by Giesemann’s own software package, which is very similar to the one used on the Futura LED system. The key selling features of the software include: Point to point multi-plot light cycle programming allowing smooth transitional lighting phases across an available 920 set points. Fully independent channel control over 2 – 4 channels dependent on light unit connected. Transitional color shift dependent on the mix of tubes across each channel. Fully adjustable cloud and weather simulations Fully adjustable lunar phases. Creation of dedicated user profiles MORE: Giesemann Packs Robust Control Features Into New Matrix-II DIMTEC T5HO Fixtures