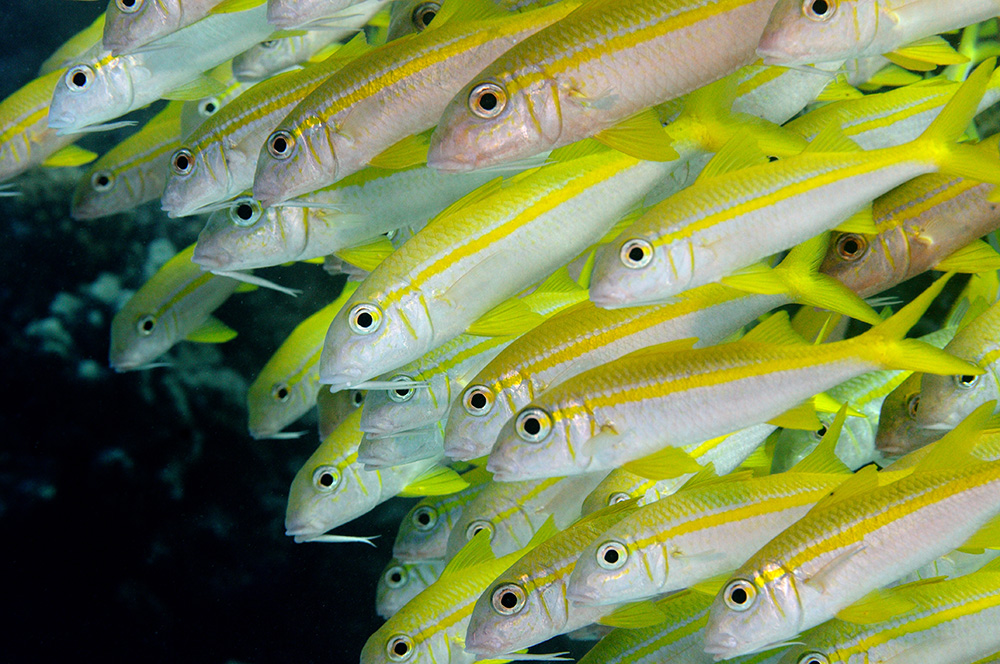 There’s nothing more impactful in an underwater image than yellow fish.  From Yellow Tangs to Butterflyfishes, yellow fish are just so eye-catching against a blue background.  Photographers like me are always on the lookout for shoals of yellow fish to make ‘stand out’ images.  Here are some shots of goatfish in the Red Sea. 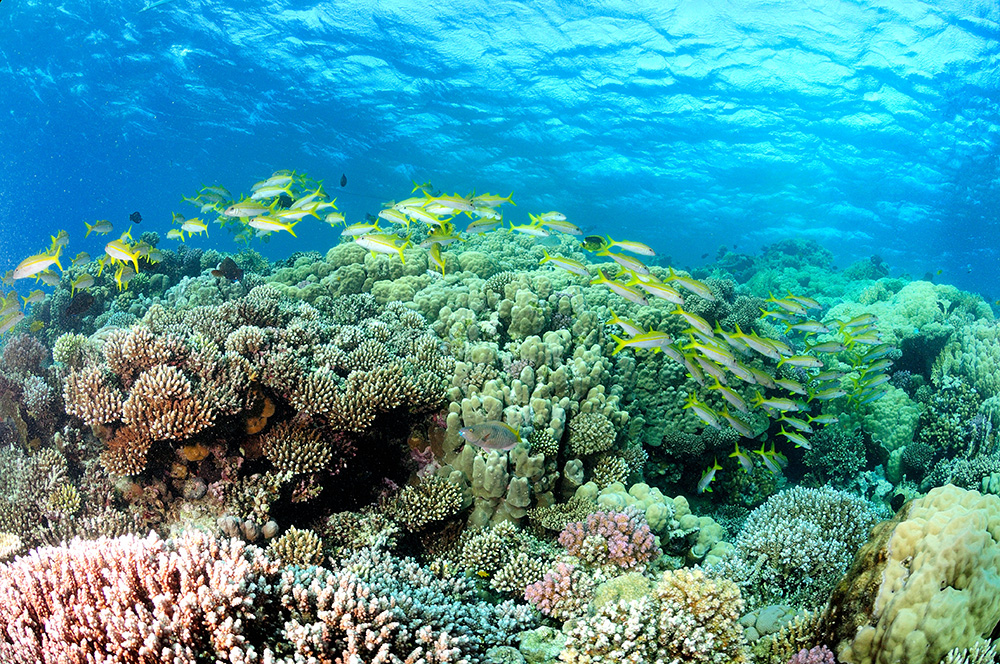 Yellowfin Goatfish on the reef

Goatfish can be recognized by the long pair of barbels under their chins, which are held out of the way when the fish is not feeding.  They tend to forage in sand for small critters, often stirring up a fair bit of silt as they go.  I occasionally see specimens on their own; but I perhaps I’m biased to shoals, as I tend to notice them shoaling more frequently.

In the case of Mulloidichthys vanicolensis, the Yellowfin Goatfish, shoaling behavior is a daytime activity.  The fish gather in large groups and shelter on the reef before dispersing to feed at night. As you can see, they are quite attractive fish. 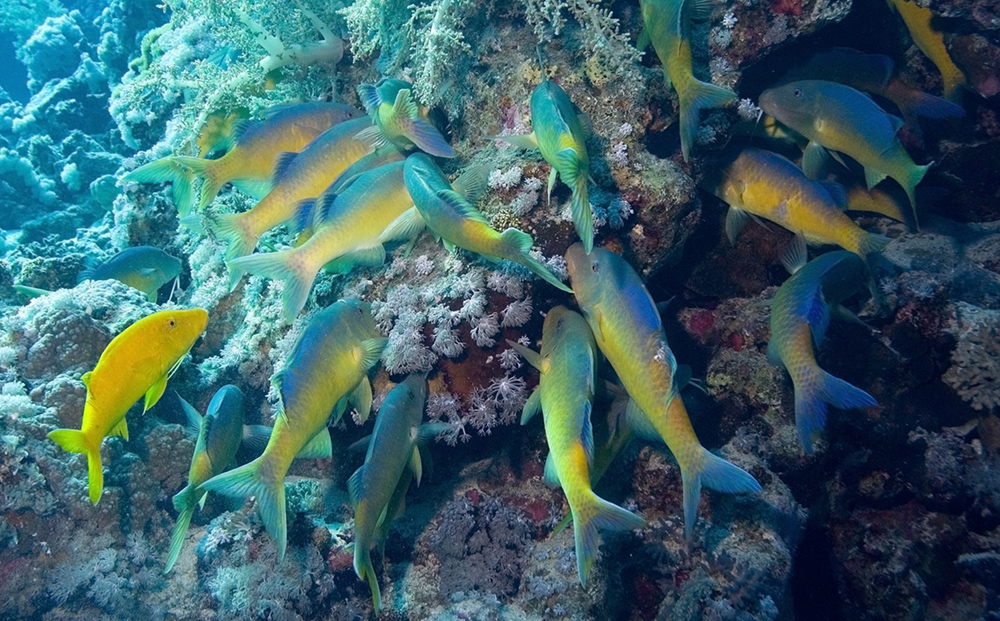 Using a different feeding technique is the Yellowsaddle Goatfish (Parupenes cyclostomus).  This shoaling fish feeds primarily on fishes that are ‘flushed out’ of the reef as the goatfish thrusts its barbels into the reef.  It too is very attractive and shows a great variation in color, with some entirely yellow variants.  These large fish (up to 50cm) are often found associating with snappers, jacks, and groupers, that no doubt benefit from the goatfishes’ feeding behavior. 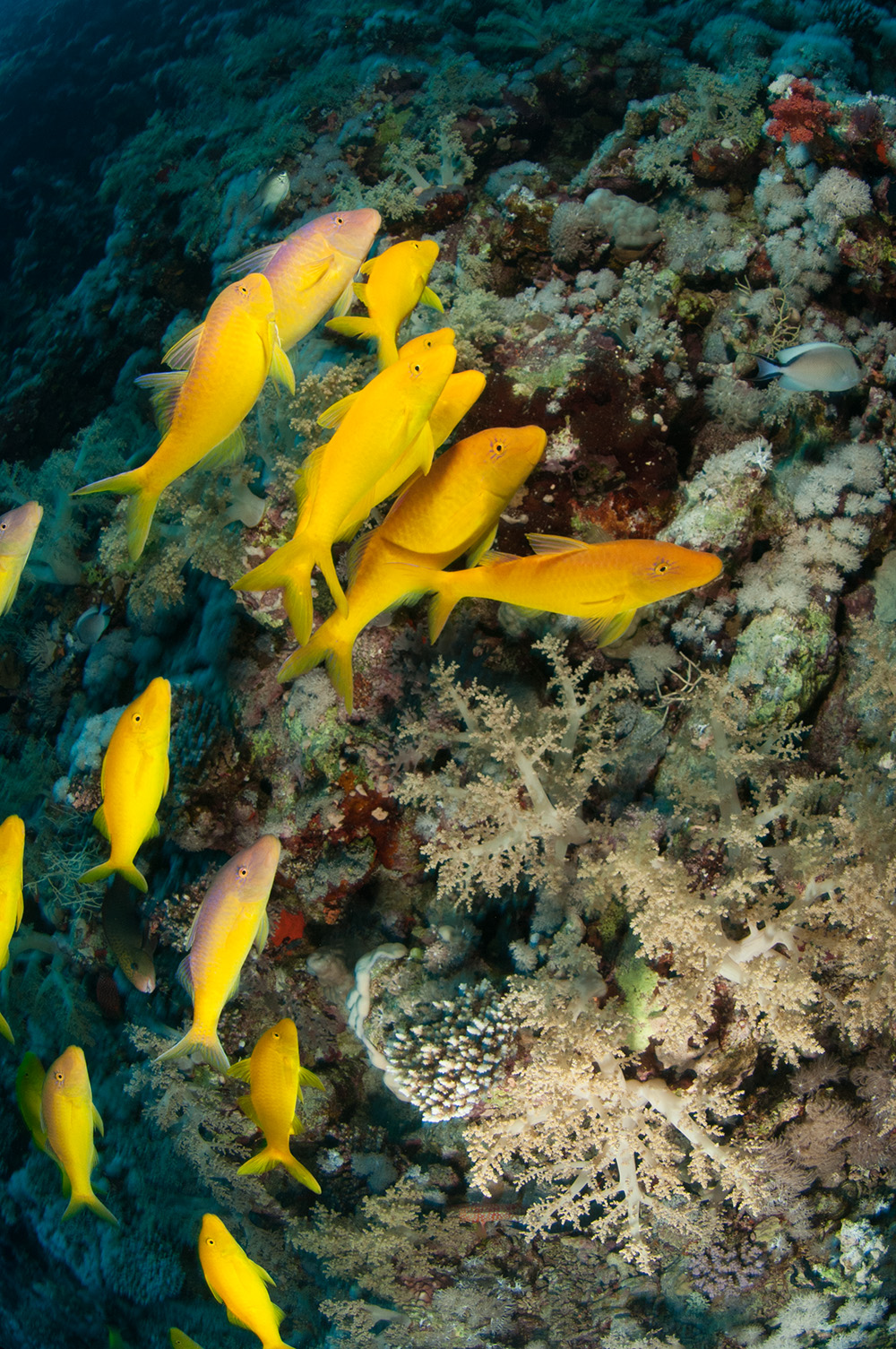 Overall, according to Fishbase.org, there are 88 species of goatfish, in 6 genera, within the family Mullidae.