Georgia Tech biologist’s Mark Hay and Danielle Dixson study the unique relationship shared by gobies, algae and coral. Seaweed algae, unchecked, can overrun Coral Reefs. When a kind of spikey coral is threatened by seaweed, the coral releases a chemical compound that triggers the fish. 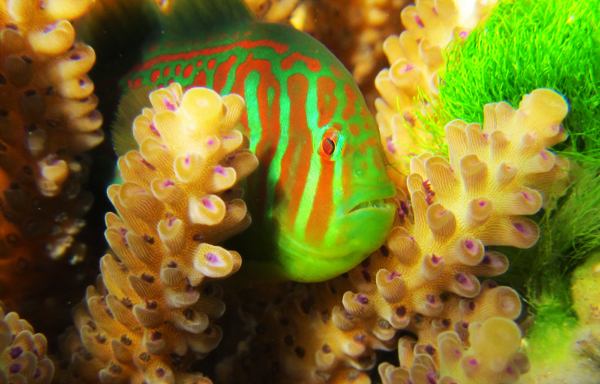 Within 15 minutes of contact with a toxin-making seaweed, an Acropora nasuta coral releases compounds that prompt goby fish to seek out and trim back the seaweed, Hay and Dixson report in the Nov. 9 Science.In reefs, corals and the seaweed algae that form lawns or shrubby thickets compete for light and space. As coral reefs decline from pollution, overfishing, climate change and other insults, biologists have seen swaths of 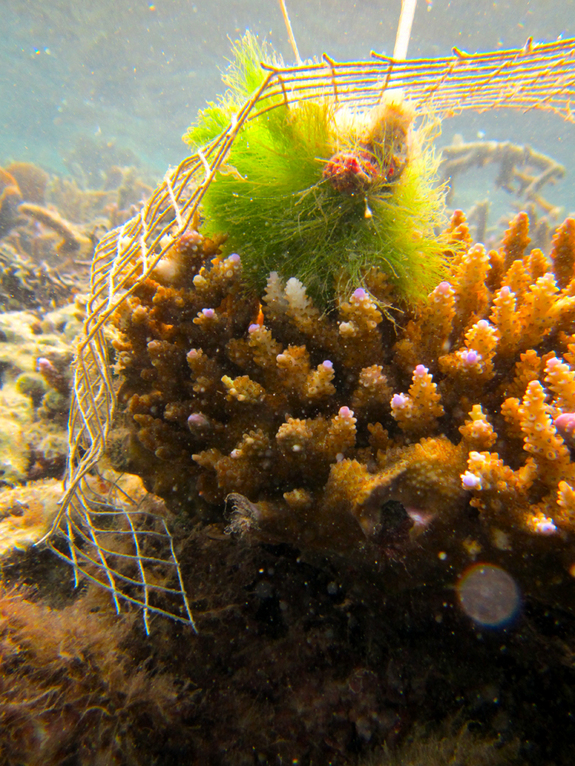 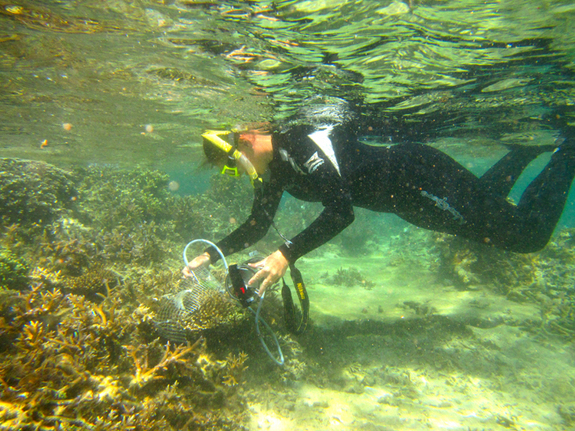 The Biologists traveled to Fiji, to learn more about how Gobies keep their territory clean.  Through a series of laboratory and underwater experiments conducted from a dive shop in Fiji, Hay and Dixson discovered that the gobies immediately respond to the coral when the turtleweed algae sweeps against it. The coral sends out a chemical that acts like a “911 call” to the gobies. The fish arrive and begin trimming away the seaweed. “It’s the combination of the alga and coral together that the fish respond to,” says Hay. What’s interesting about this interrelationship is that all involved are native to their habitat. “These are neighborhood players,” says Hay. “The fish prefer to live in this species of coral and they know if it’s their species being damaged. It’s very finely tuned.”