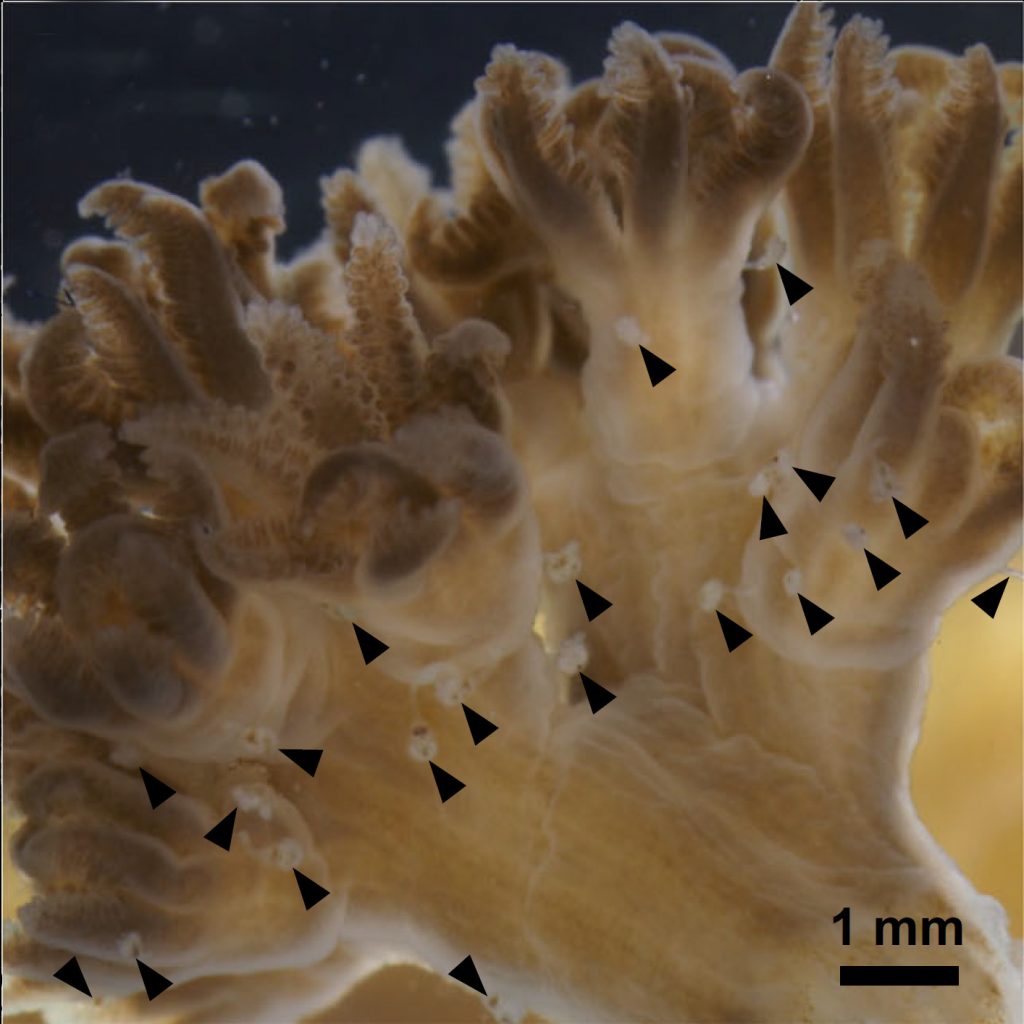 An entirely novel relationship has just been discovered between a soft coral and one of the world’s most obscure invertebrates, the humble Goblet Worm. These little-known creatures belong to their own phylum—Entoprocta—of which there are only around two-hundred known species, with many others no doubt waiting to be scientifically described. They are, as a rule, quite small in stature, and in their morphology they are somewhat reminiscent of a coral polyp. Really, there’s nothing all that worm-like about them, but they are definitely goblet-shaped, having a long stalk and a ring of tentacles which surrounds their mouth, straining bits of food from the water.

The evolutionary relationship this group has with the other invertebrate phyla has been a longstanding mystery among zoologists, and we still only have a partial understanding. The tentacular ring of the Entoprocta is somewhat similar to that seen among the bryozoans (the “moss animals”), and the two groups have long been thought to be close relatives, though just how close has been contentious. Embryology and genetics places the goblet worms somewhere near to the mollusks, segmented worms, flatworms, and bryozoans, which together form a gigantic lineage known as the Lophotrochozoa. 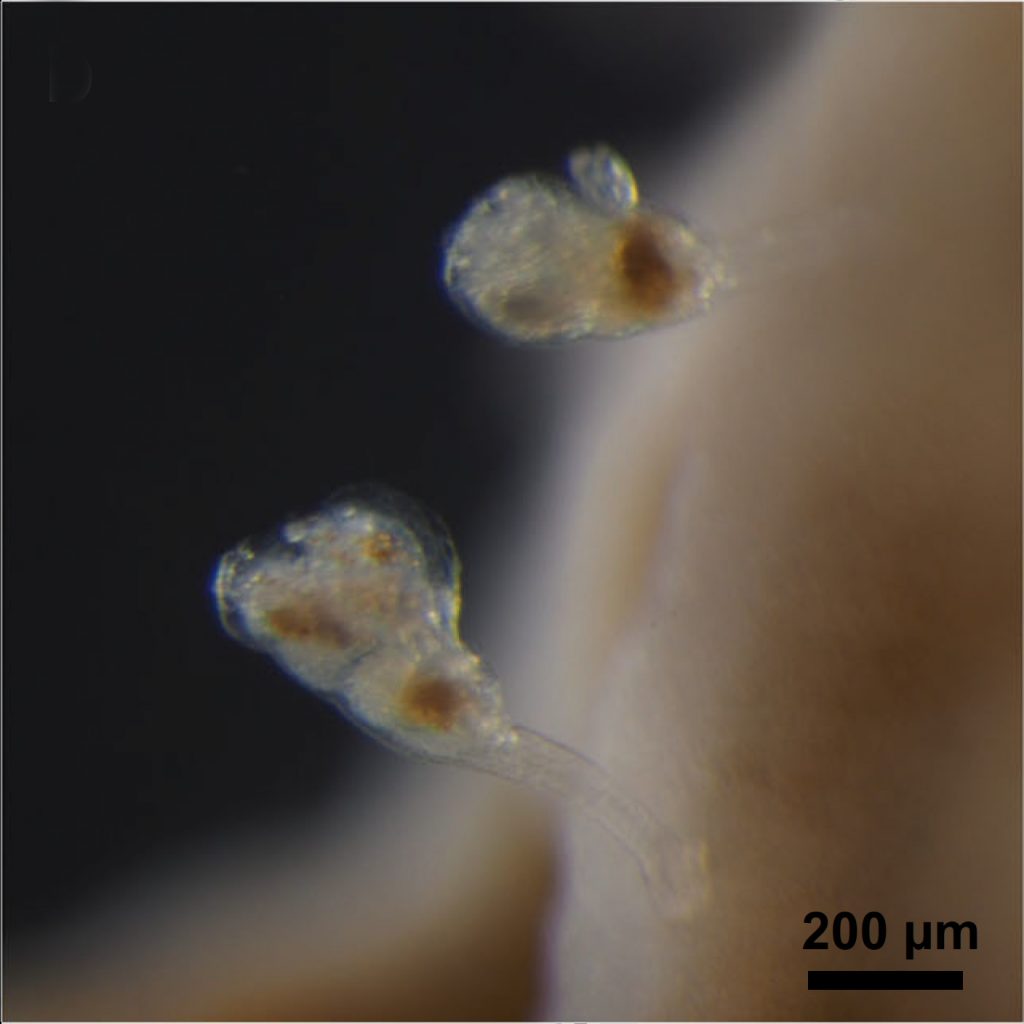 Among the entoprocts, about half of the described species are colonial, with the remainder being solitary forms classified in the Loxosomatidae. Species in this family tend to live attached to a variety of host species, including tube-dwelling annelid worms, sponges, bryozoans, and even a deep-sea corallimorph, while others species can be found free-living directly on the substrate. But up until now these enigmatic organisms had never been found in association with any kind of shallow-water coral.

This new coral-loving goblet worm was encountered as part of a survey of the mesophotic reefs near Taiwan in depths around 40 meters. It is one of the solitary species, identified as belonging to the diverse genus Loxosomella, and was found in abundance attached to a xeniid which may or may not be Cespitularia. Of course, given that this genus of coral is semi-abundant in the aquarium trade, it raises the question of whether this commensal goblet worm might sneak its way into our fish tanks on occasion. They would be easy to miss, given their clear, camouflaged bodies and minute size (~0.5mm), but they are apparently rather abundant where they occur, with upwards of 5 specimens per coral polyp. 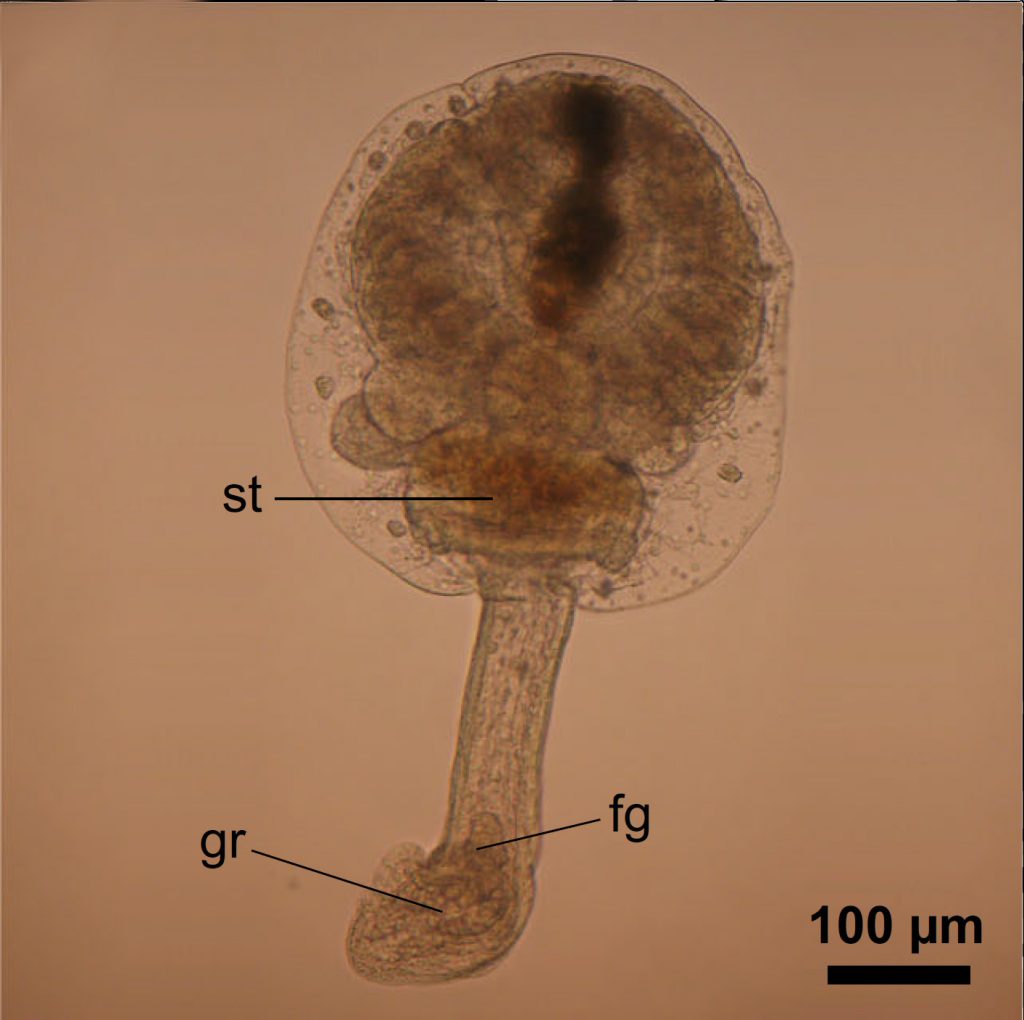 There are so many questions that this new discovery raises. What benefit does Loxosomella gain from its association with this xeniid coral? Perhaps it faces less predation on account of its host’s chemical defenses? Or perhaps it is better able to suspension feed being higher up on the coral than if it were restricted to the benthos? Is there any benefit to the coral in this, or is it possibly harmed in some way by the presence of so many ectocommensals? And is this relationship restricted to just this one particular coral, or are there other xeniid (or alcyonacean) corals which host this goblet worm. Who knows how many other entoprocts might be out there living on corals, still waiting to be noticed. The coral symbiome is a mysterious place.