A Gorgeous Undescribed Navigobius Collected In The Philippines

Unless you’re a serious reef fish junky, the pint-sized dartfishes in the genus Navigobius aren’t likely to be something on your radar. Though they possess an enviable palette of pink and yellow and blue and are the perfect size and disposition for smaller reef tanks, these fishes are nearly unobtainable through the aquarium trade. Their preference for deep waters distant from the typical coral reef environment puts them outside the reach of most commercial collectors, and, in fact, it was only in 2009 that the group was scientifically described, despite having been known to Japanese divers for quite some time. 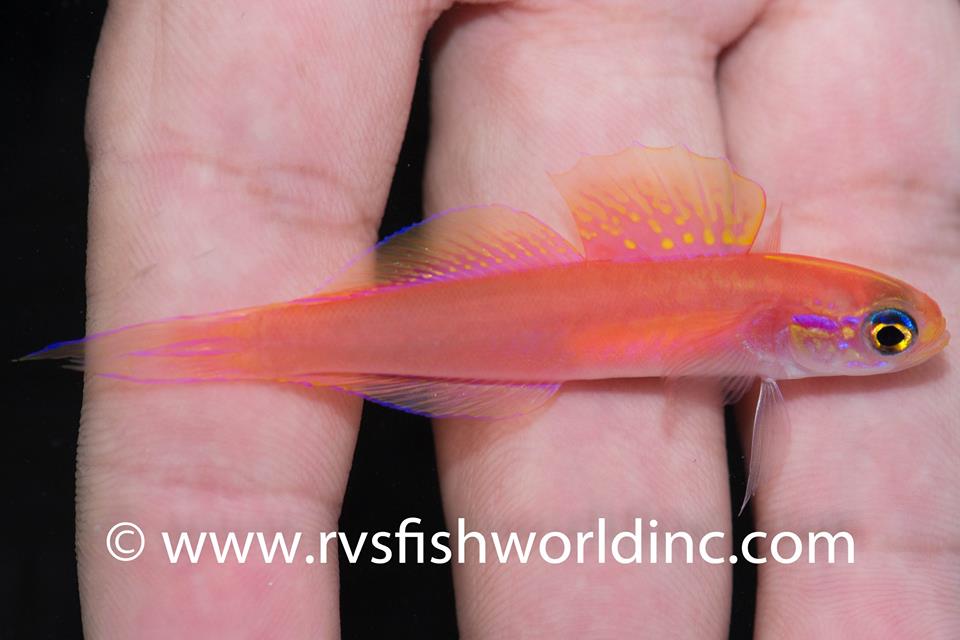 In the years since the Japanese N. dewa was formally recognized, a pair of species have been added to the genus. In 2015, the distinctive N. vittatus, which boasts a filamented dorsal fin, was described from Northern Borneo (and has since been spotted near Bali and Cebu). And, just this past January, the Vietnamese N. khanhoa became the first new species of reef fish to be described in 2017, though live specimens remain to be recorded. Yet, more discoveries still remain for this elusive group…

The photos seen here illustrate what is quite clearly a fourth member of the genus, which has been dubbed the Pink Dartfish (or Dartgoby), though this name has also been used for the superficially similar N. dewa. Thus far, this has been the only Navigobius to find its way into the aquarium trade, with collection taking place in the Philippines and Okinawa (and possibly Bali). The specimen shared by Barnett Shutman of RVS Fishworld originated from Zambales, on the western coast of Luzon, and was collected at around 50 meters. This is a typical depth for these dartfishes, as they prefer cooler waters subjected to intense currents.

Navigobius sp. said to have been exported from Bali. This would be a large (but expected) range extension if accurate. Credit: Aqua Nashville 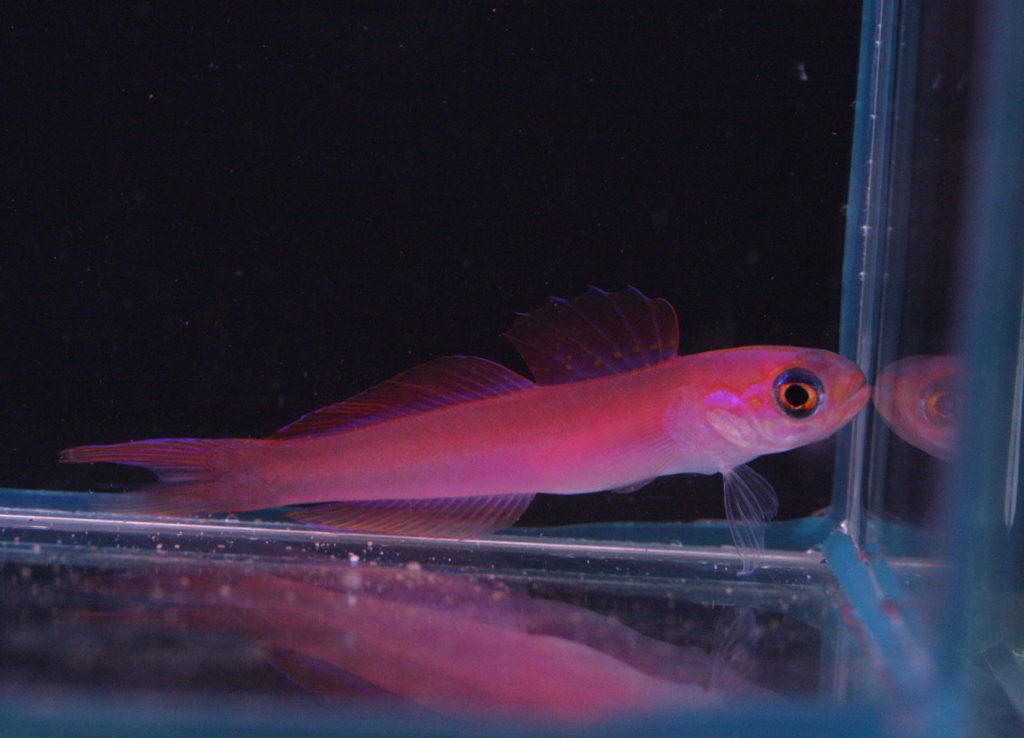 A highly similar fish originating from the Maldives has also shown up with increasing regularity in recent years. The two are clearly closely related and may just represent a single widespread species. But, until specimens can be properly studied genetically and morphologically, there will remain some lingering uncertainty regarding whether these two distant populations are truly the same. Hopefully, with increased collection for the aquarium trade, these incredible little fishes will eventually find their way into the hands of a taxonomist to settle this matter, and, maybe, at long last, a few of these resplendent beauties can finally make their way into the hands of an aquarist somewhere outside of Japan or Singapore. 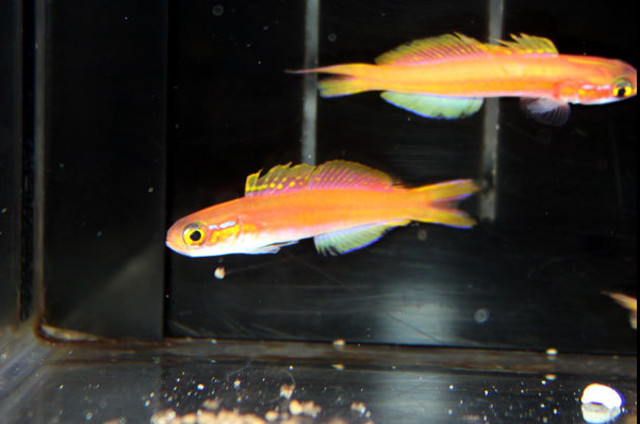 Navigobius sp. from the Maldives. Seemingly identical to the Pacific population, but is it? Note the expanded orange band behind the eye, similar to the alleged Bali specimen, which differ from those observed in the Philippines and Japan. Credit: Aqua Tailor 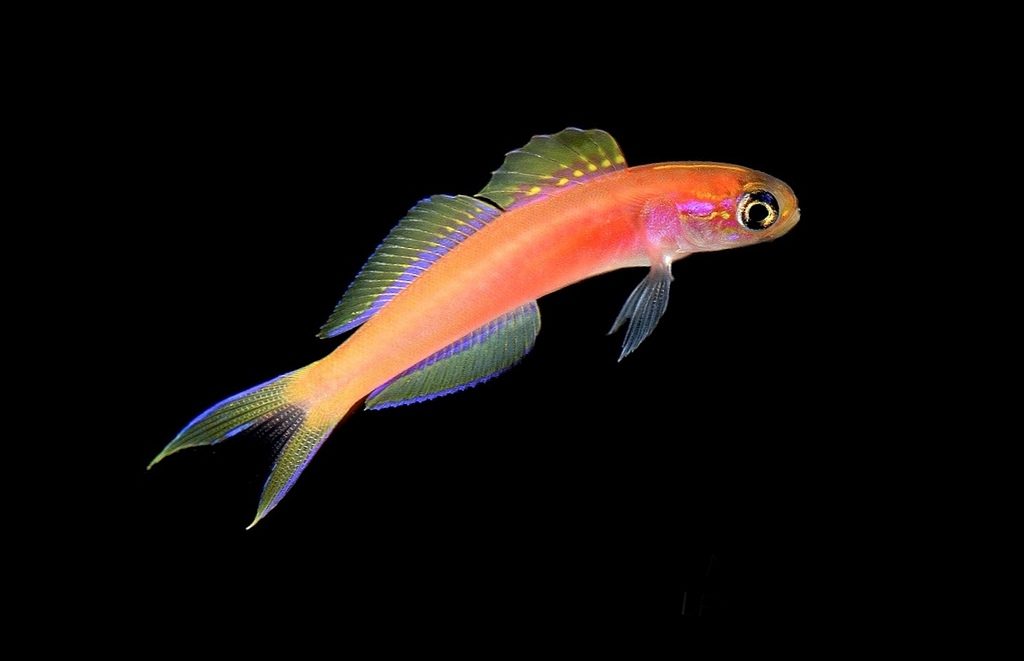