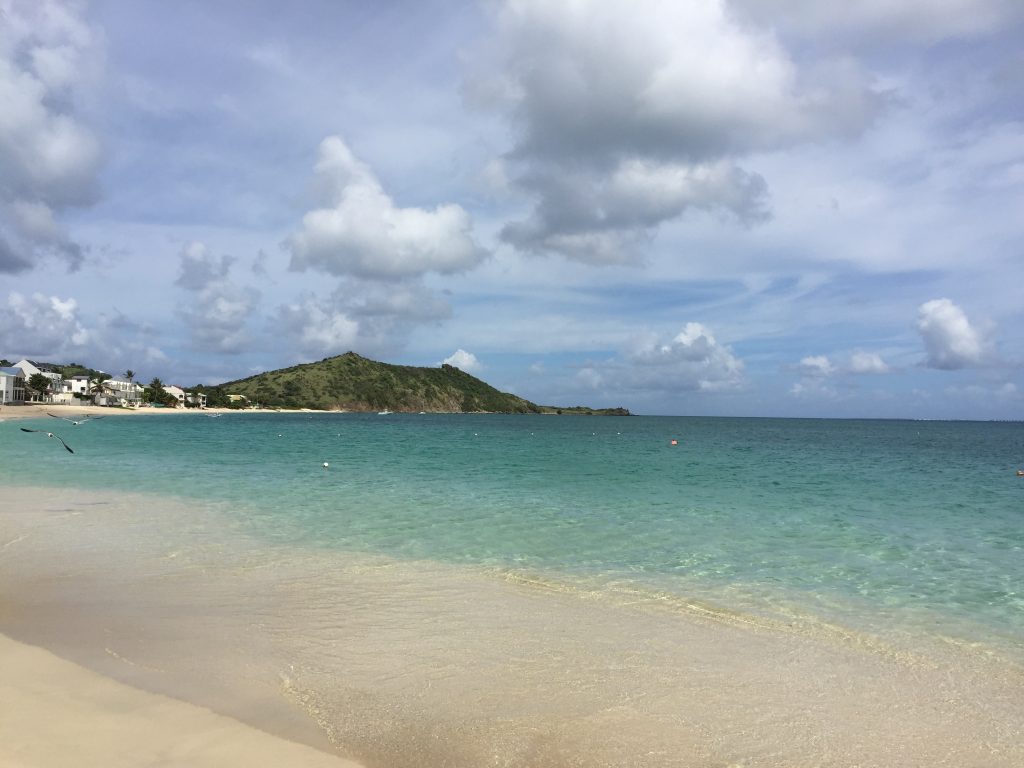 The west side of Grand Case Bay

Upon arrival in St Martin 10 years ago, I dove into the water and stayed there for five hours. It was the first time that I had ever seen coral in the wild; I discovered more coral, fish, fanworms, and urchins every few feet – animals and creatures that I had only ever seen in pictures or aquariums. A quick dip turned into a lengthy sunburn-inducing smorgasbord of reef exploration.

It was such a thrill when, many years and many trips later, I had the opportunity to guide my colleagues along the reefs and bommies I was now so familiar with, and revisit my first rush of excitement as they yelled out the location of large coral heads, or their favorite fish, or the brilliant blue macroalgae.

One coral colony caught my attention – an Acropora palmata, located about 10 feet from shore, and approximately 2 feet wide and tall. I have watched this colony steadily grow over the last decade, despite its close proximity to human dwellings and the environmental hardships that that entails. However, when I revisited it last week, I was dismayed to find that it was but a shadow of its former self, and had but 5 isolated remaining pieces of tissue, each only a few inches across. Thankfully, this remain tissue seems to be healthy and growing, and with luck, the colony may recover over time.

The coral is located in one of our primary project sites: Grand Case Bay, on the northwest side of (the French side) of St Martin. Over a mile of beautiful white sand beach, lined with small houses, inns, and restaurants on one side, and clear turquoise Caribbean waters on the other. The bay is flanked on the east and west sides by populations of coral, with the bulk of the coral on the west side, due to the currents. Two years ago, currents shifted in the bay from a predominate west-to-east flow, to a flow into the middle of the bay which then cuts both east and west. This change in currents has had a disastrous effect on some of the coral populations, including the Acropra palmata. 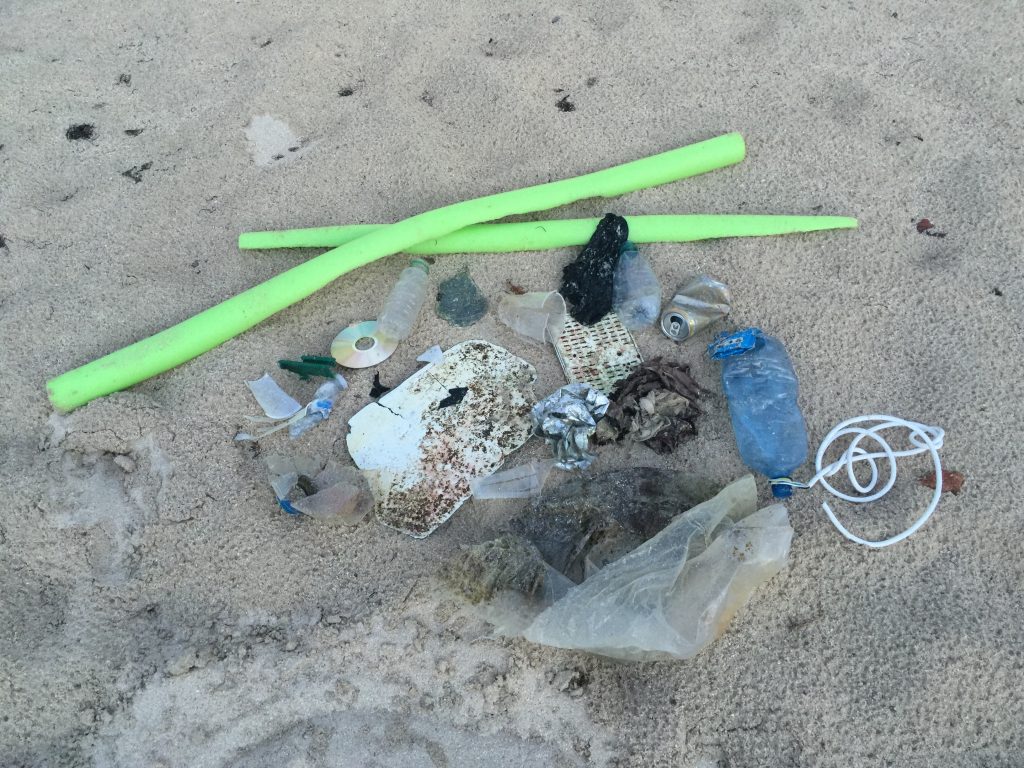 The other big problem we encountered was trash – so much trash. Being the environmentalists that we are, we quickly become garbage collectors. Branching Porites were the most impacted by the refuse; we removed plastic bags, fabric and fishing line from many colonies, as their branching structure tended to snags those types of refuse quite efficiently. It’s apparent that part of our efforts will need to focus on not only removal of this debris, but finding ways to work with local residents and visitors to reduce the amount of trash entering the ocean.