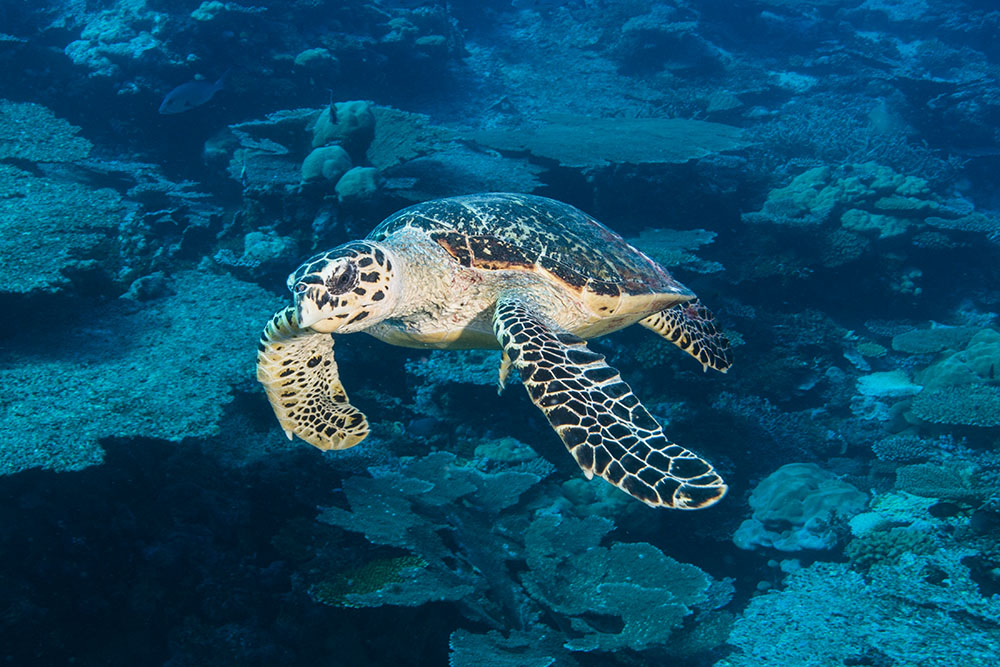 When I go diving on coral reefs across the globe, the two most common species of turtle I encounter are Greens and Hawksbills. Sensibly, both species keep their distance from humans and in poor conditions, when the visibility is bad, you might not get enough time to do more than squeeze off a few photos. Identifying the species might be something for later, when you can review your images on land.

So how to tell them apart?

There are several key differences between the two species. Hawksbills have a pronounced ‘over bite’, hence the name, but this might not be clear if the animal is swimming away from you. A more obvious series of features can be seen on the animal’s shell. 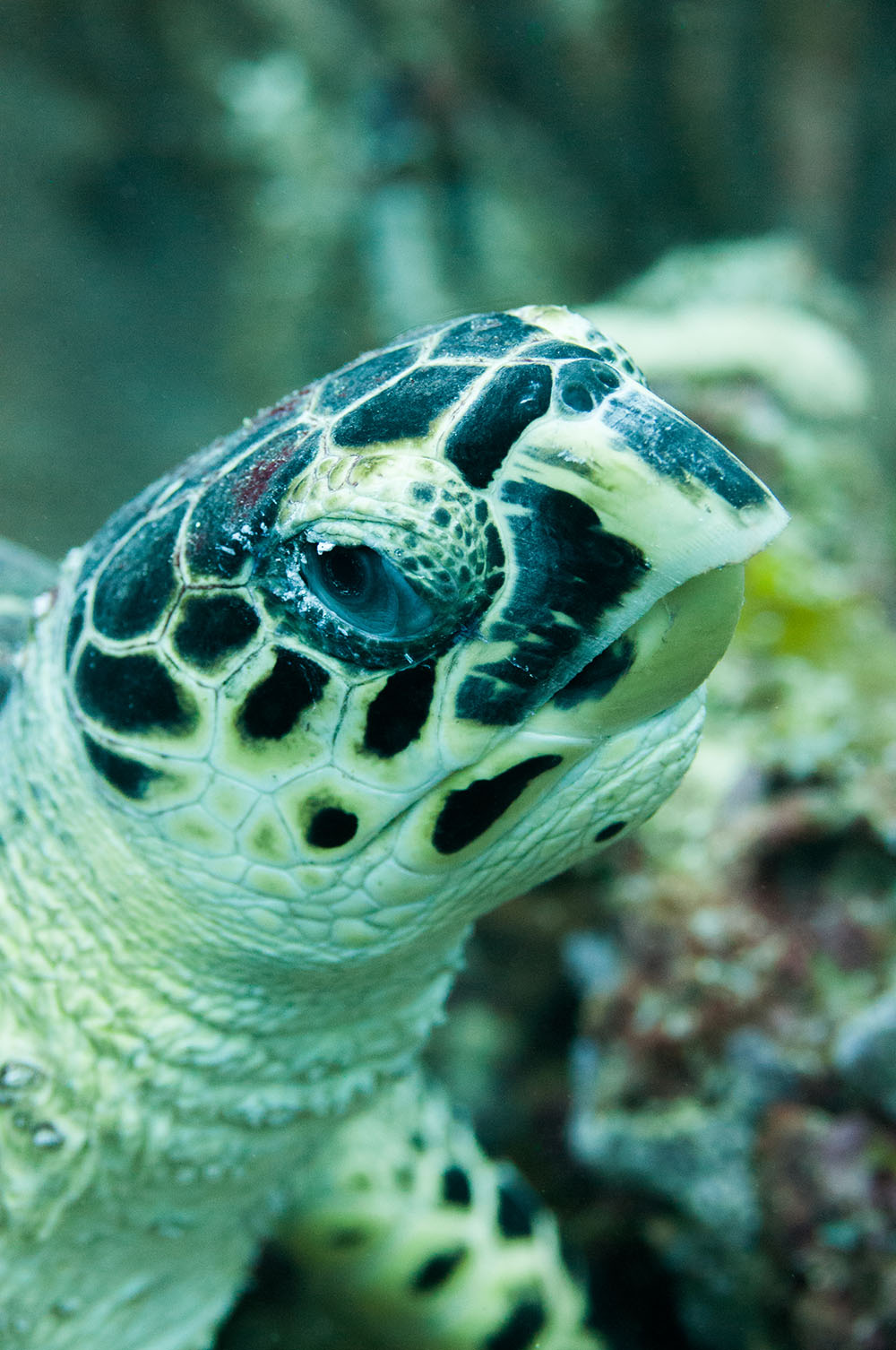 On Hawksbills, the edge of the shell has a pronounced saw-like outline, while the outline much smoother on Greens. This feature is easily seen when looking down onto the animal. Another obvious shell difference is the arrangement of the shell sections, or scutes as they are more properly known; on Hawksbills the central scutes overlap each other and are far more pointed on the anterior.
I haven’t mentioned size yet, this is not always a useful guide, as size can be hard to judge underwater, but it should be mentioned that Greens can be significantly larger than Hawksbills, with shells over a meter long. 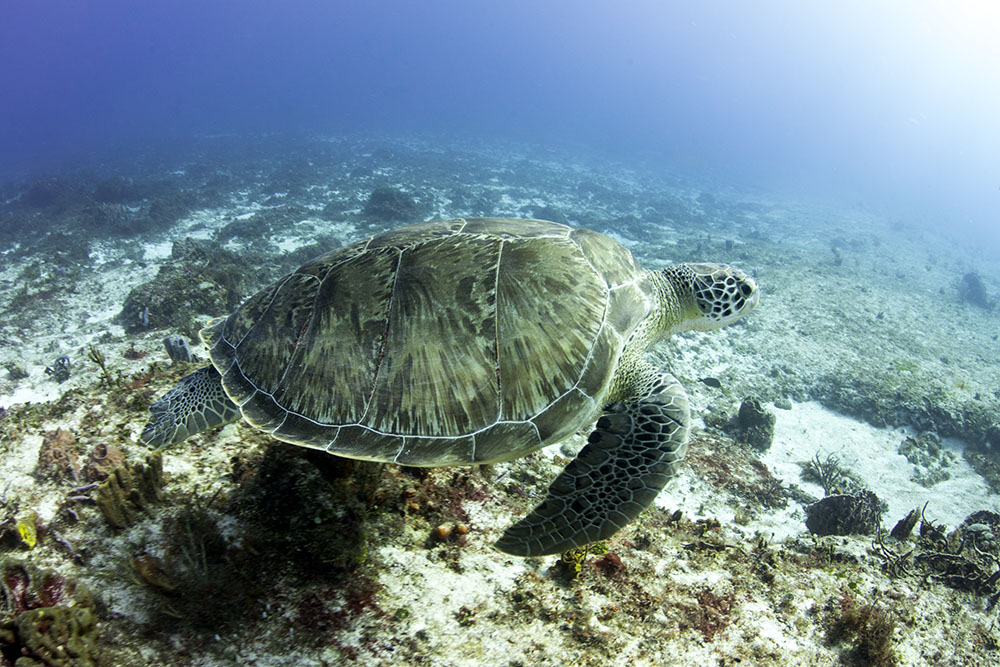 Smooth edge to the shell margin in the Green 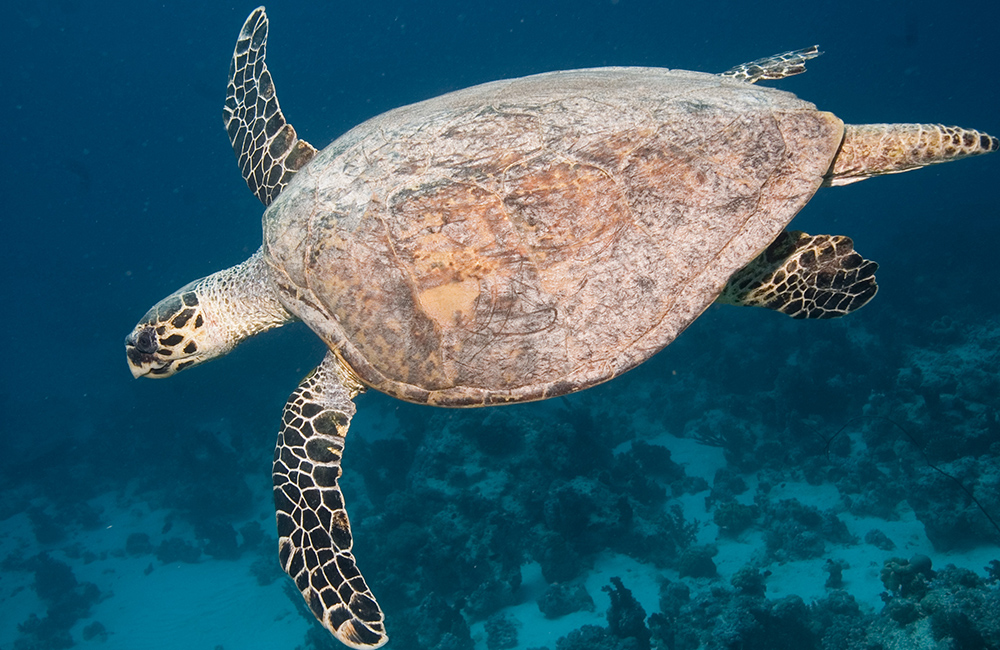 An algae covered Hawksbill. Look closely and you can see the central (costal) scutes overlap each other.  This turtles long tail shows that it’s male

My final tip is useful when viewing the animal head on, a position they often adopt when resting on the reef, so they can keep an eye on you. Immediately above their beak and between their eyes are the prefrontal scales; Hawksbills have two pairs and Greens only have one pair. You might also be able to make out serrations on the Greens’ jaw. 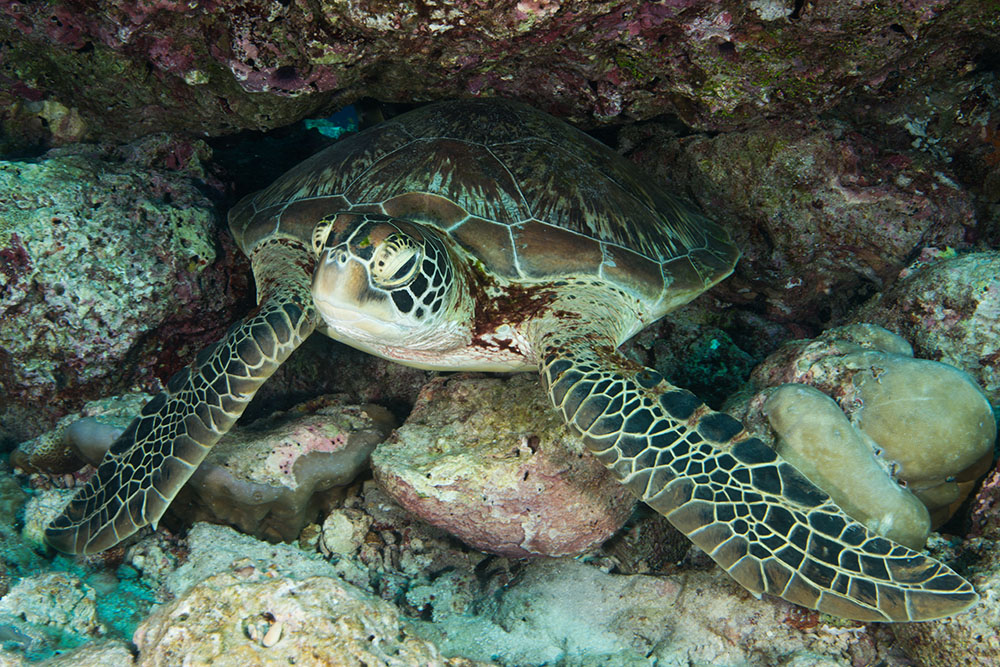 one pair of prefrontal scales in this Green

Color is a poor guide; don’t see a green hued turtle and think it’s a Green. They get their name from the color of their flesh, especially fat deposits, due to green pigments in their diet.