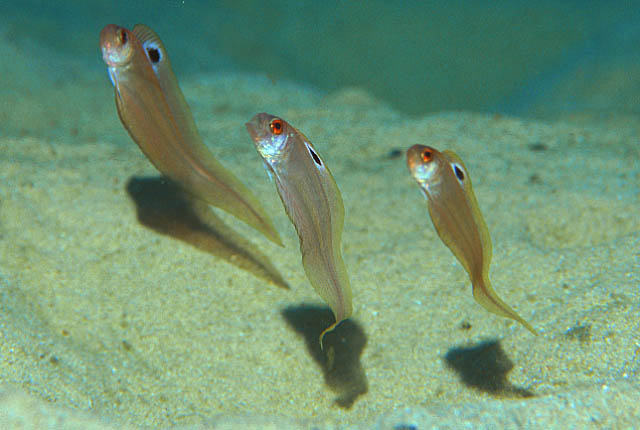 Bandfishes are a rarely seen offering in the aquarium trade, ideal for those desiring something a bit more unusual to add to their aquatic menagerie. They originate from silty habitats, where their eel-like bodies are used to create vertical burrows, which they hover above to capture their zooplanktonic prey. Unfortunately, in captivity, these are peaceful and retiring fishes poorly suited to the traditional reef aquarium, but, for those wishing to create a more unusual biotope, bandfishes make an ideal addition to a silt-themed fish tank.

The family Cepolidae is a small, exclusively marine group (5 genera, 21 species) found from relatively shallow waters to depths of around 500 meters. All of these fishes are fairly elongate, with this reaching its apogee in Cepola and Acanthocepola, which have their dorsal, caudal and anal fins conjoined to circumscribe the body. These two genera are nearly indistinguishable, with the latter differing in having a spinous preopercle. Only a couple species, Acanthocepola krusensternii and limbata, seems to have any presence in aquarium exports, but it’s worth reviewing the group as a whole, as they are relatively easy to identify to species based on coloration alone, and it’s quite likely that additional species will eventually be made available in time.

Known primarily from Japan and Taiwan, though specimens from Sumatra, Australia and South Africa are questionably reported. The body is primarily red, with a black spot hidden in the membranes of the jaw. The similar Cepola australis is well-known from around Australia and lacks the black spot in the jaw. Both can reach over a foot in length. 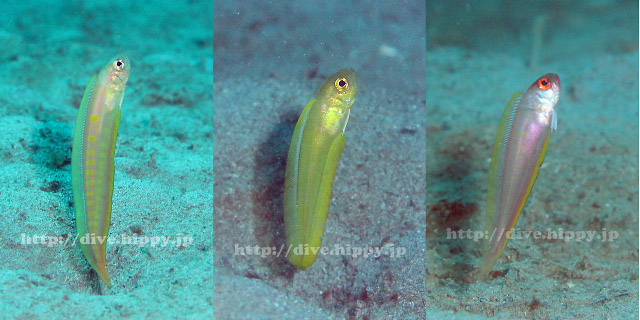 A. abbreviata from Anilao, at 27, showing some ontogenetic variation. Credit: divehippy

Known from the Persian Gulf to Australia and north to China, though apparently rare or unknown in Japan. Body red with yellow vertical bars, more pronounced posteriorly. Dorsal fin without a black ocellus. Juveniles appear to be considerably more yellow than adults. 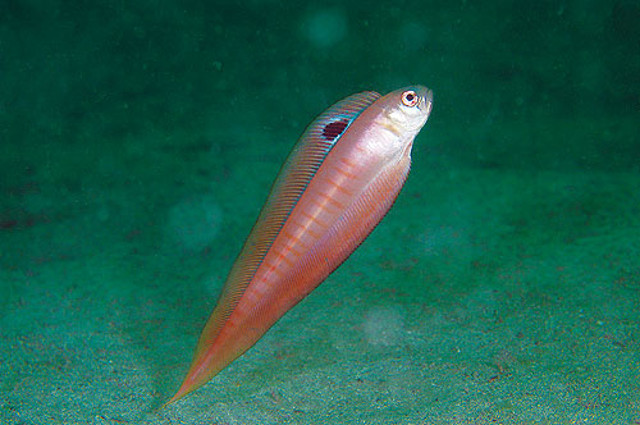 Widespread in the Indo-Pacific, from South Africa to Japan, though records are sparse and sporadic. Body is red with yellow bars. Dorsal fin with a black ocellus. 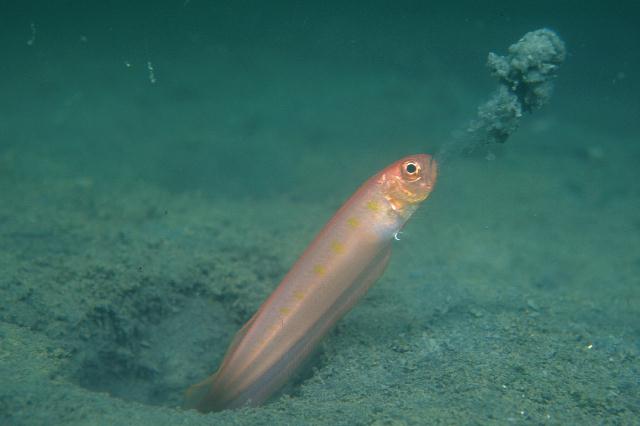 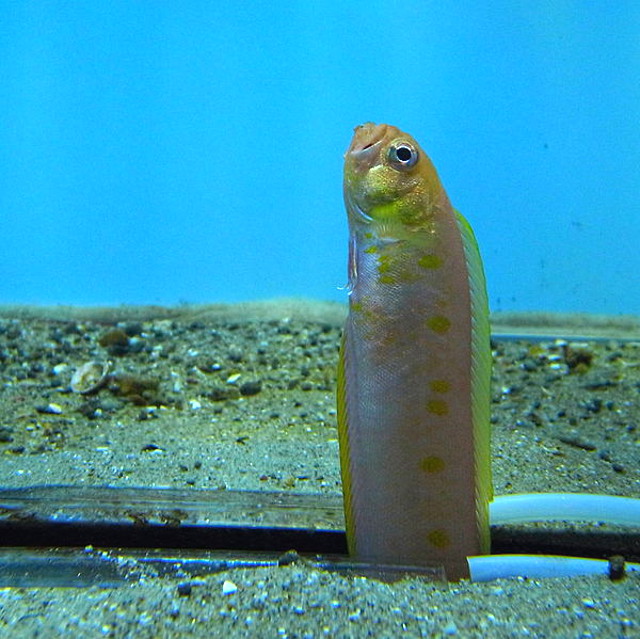 Apparently restricted to the West Pacific, from Japan south to Australia. Body red with several small, yellow spots arranged in a row. Dorsal fin without a black ocellus. This is the most common species collected for the aquarium trade, though it is far from commonly available. 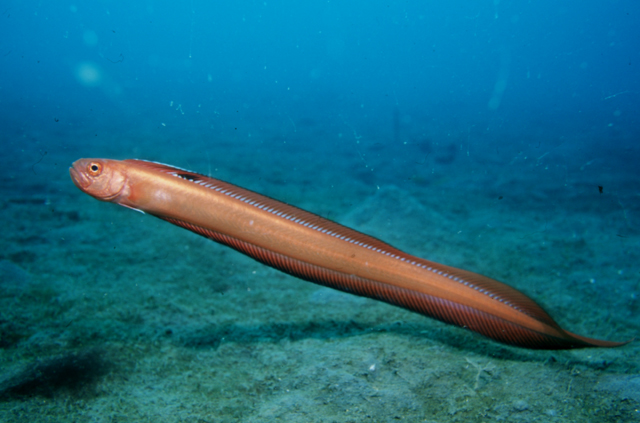 Reported from Japan, Taiwan and Australia, and likely to occur throughout the West Pacific. Body is red, without any yellow markings. The dorsal fin has a strong black ocellus, surrounded by white.