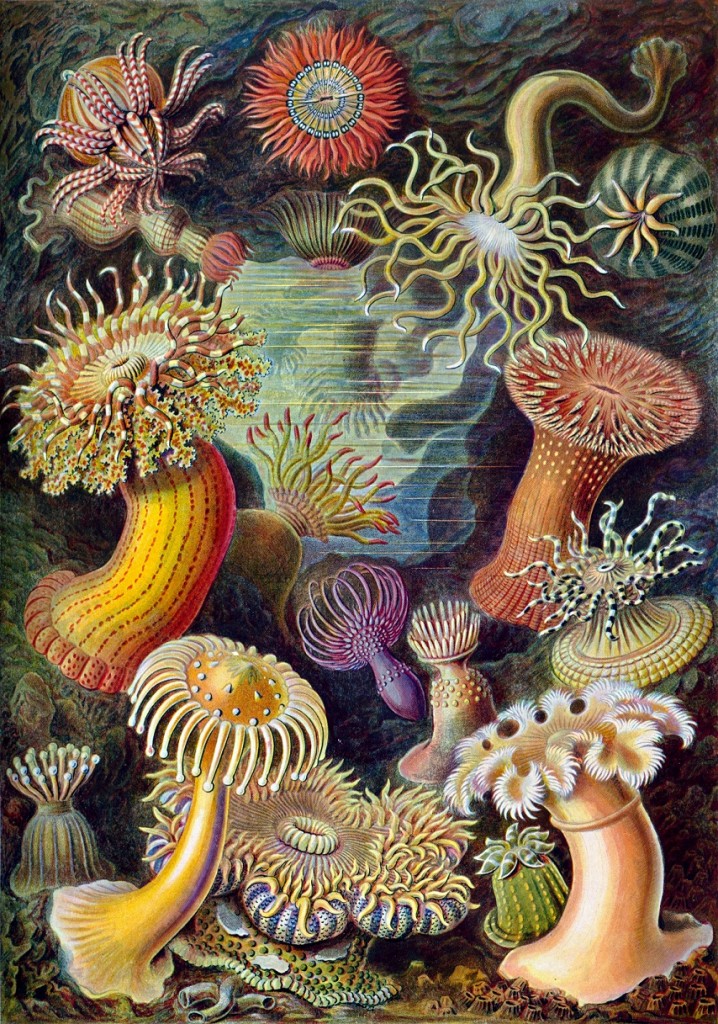 So, who is Ernest Haeckel, and why should you care that you can get his work for free? If you’re not familiar with him, you may not be an uber science nerd. Congratulations, there is hope for you yet! If you didn’t need this post because you already have every illustration Haeckle has ever done plastered all over your home, as my husband and I do, sorry but you are doomed to a life of nerdom. Just in case you are one of those cool kids who slept through high school bio, I’ll help you out. Haeckel accomplished a lot for someone who most people have never heard of. He coined the term ecology, he suggested the kingdom Protista, he even developed the taxanomic distinction of phylum. However, he is best known as a contemporary of Darwin who used his “scientific” illustrations to support his Recapitulation Theory. This theory states that “ontongeny recapitulates phylogeny,” which is just a very intelligent-sounding way of saying that embryonic development reflects the evolutionary development of a given species, such as humans. This theory put Haeckle at odds with many in religious and scientific communities, especially once people recognized exactly how much artistic liberty he took in his “scientific” representations. 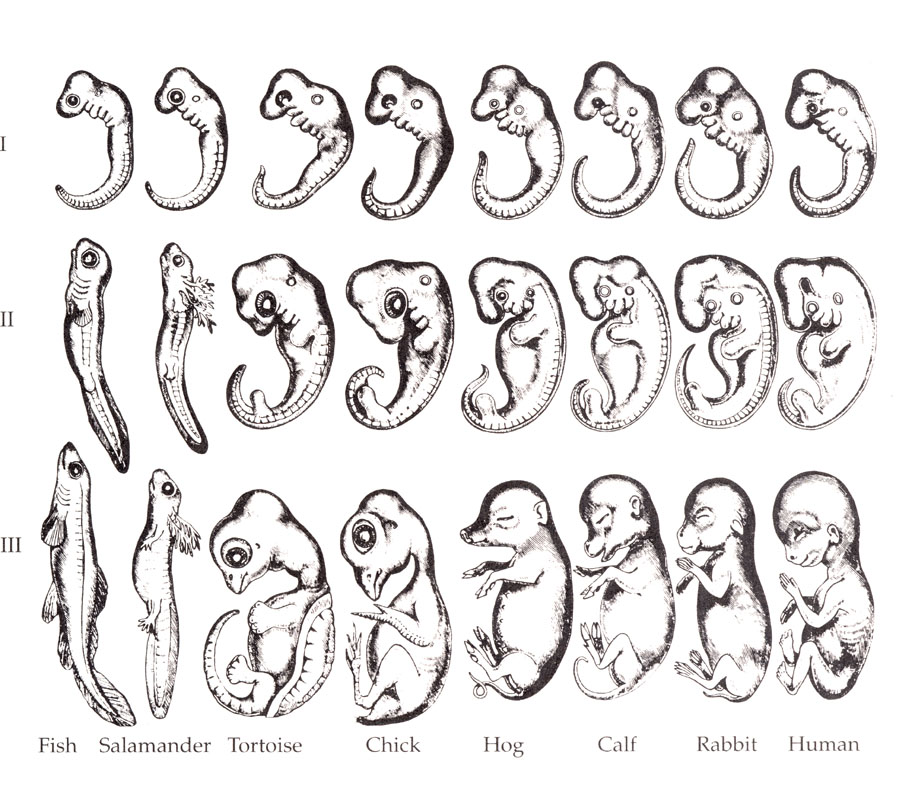 However, nature nuts worldwide since 1904 when his Kunstformen der Natur (Artforms of Nature) was published have fallen head over heels in love with his incredible, albeit stylized, illustrations of everything from hummingbirds, to carnivorous plants, to boxfish. Now, thanks to the good ole reliable internet, you can legally get these prints in high resolution format for free! So make sure you are stocked up on the ink for your printer and enjoy!! 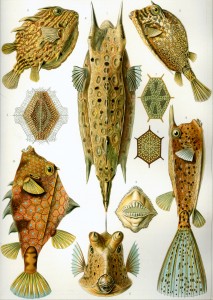 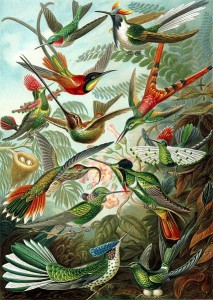 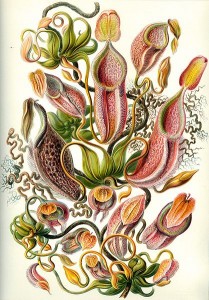