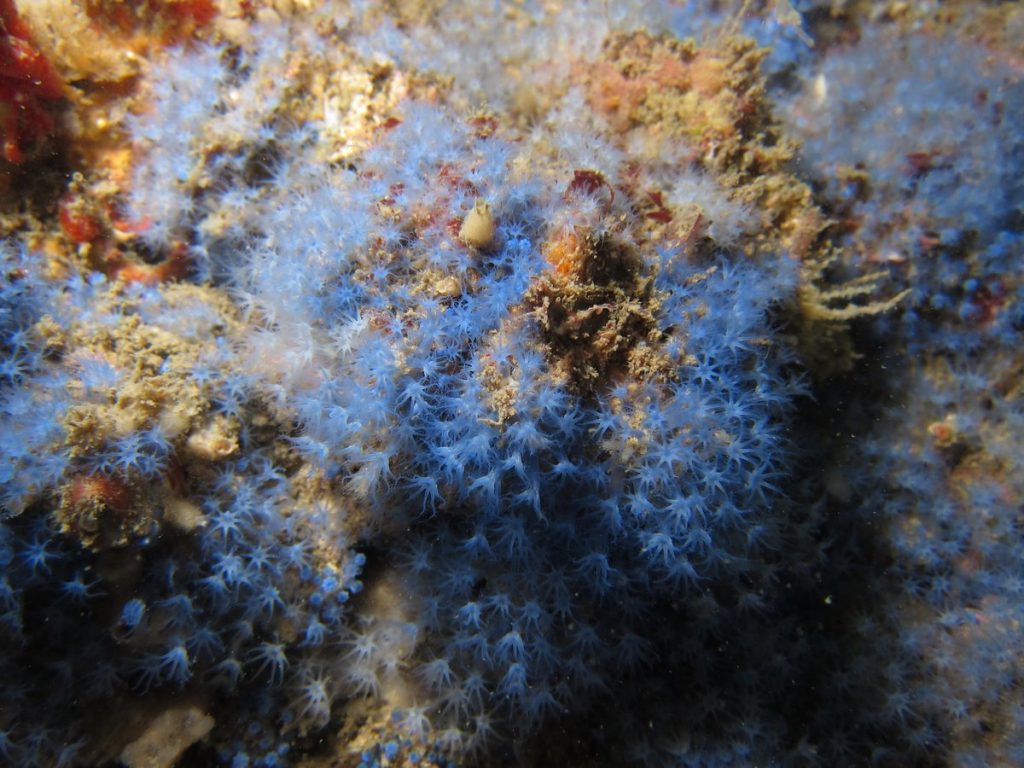 The corals found along the eastern coastline of the United States are among the best studied in the world, making it one of the least likely places to discover a new species. But this is precisely where a brightly colored coral has just been found, and, since it’s 2017 and the worship of celebrities infiltrates literally everything, this exciting new find has been named after the daughter of Beyonce and Jay-Z… because of course it would be.

Back in 2002, divers began reporting a peculiar soft coral in the shallow waters off of North Carolina. It was colored a beautiful shade of cornflower blue and grew in expansive mats that covered shipwrecks in the area. It was highly unlikely that such a conspicuous coral could have evaded notice until now, so researchers began looking to identify this organism, assuming it was some new invasive species in the Atlantic.

As it turns out, no such organism has ever been described. Not only is this enigmatic anthozoan new to science, it turned out to be so different from anything else currently known that it warranted the creation of an entirely new genus! Hedera caerulescens comes to us from the Latin hedera, meaning “ivy”, and caerulescens, meaning “blue”… literally, “blue ivy”. Now, this clearly alludes to the bold coloration and creeping growth form characteristic of this coral, but, inquiring minds want to know, why was this species surreptitiously named after Blue Ivy Carter. You won’t find any mention of this in the species description, but I’m guessing the authors are pretty big fans of Bae and Hova.

Anyways, genetic sequencing showed that this species is actually a close relative of some familiar aquarium corals. Things like leather coral (Sinularia), toadstool coral (Sarcophyton), and devil’s hand (Lobophytum) all belong in the same family with the Blue Ivy Coral. All of these possess large, spindle-shaped spicules in their tissues—you can see these quite prominently in many Sinularia. Obviously, the growth form of Hedera is quite unlike anything seen in any of those groups, being far closer in morphology to clove polyps (Clavularia) or daisy polyps (Knopia) in having numerous interconnections (=stolons) uniting the encrusting colony. But this resemblance is merely superficial; the clavulariid corals are a highly artificial grouping which will eventually be broken up into several new families.

The temperate water coral known as dead man’s fingers (Alcyonium) is an even closer relation to Hedera. This genus includes dozens of taxa, some of which form large, fingery colonies, and others of which are encrusting. None, however, are blue. There are also some subtle histological differences used to separate the two, as Hedera has just a single layer of spindly sclerites in its tissues, whereas Alcyonium has a double-layer, with club-shaped sclerites overlaying it’s spindles.

The real question is, from whence did the Blue Ivy Coral come? It’s clearly not native to the North Carolina coast, and no tropical equivalent has ever been seen before. No similar organism is known from the equally well-studied Pacific coast of the US… or from Europe… or Japan… or anywhere else in the world’s temperate seas. But Hedera had to come from somewhere. Unlike Blue Ivy Carter, it did not just spring forth de novo.