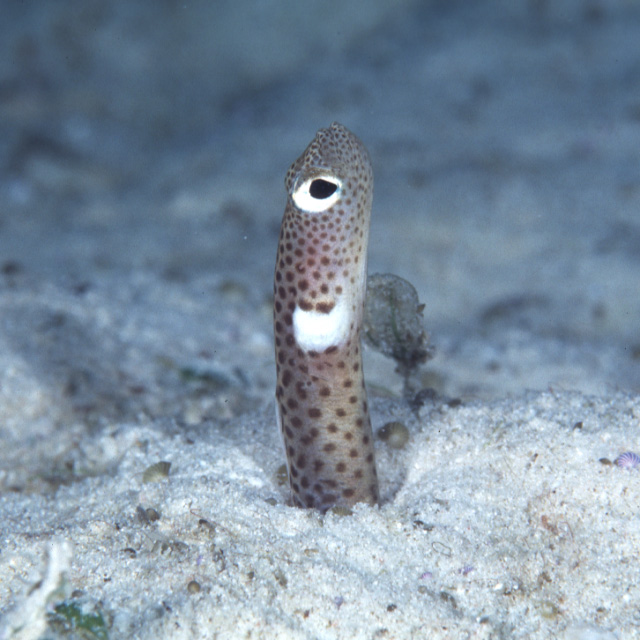 It’s been nearly a decade since the world has been introduced to a new species of garden eel. The large colonies formed by these fishes tend to be easily noticed, and the species themselves are usually strikingly patterned, making this an easily classified and well-studied group. Of the 21 recognized taxa in Heteroconger, only one has been described since 2000. It was starting to look as though there weren’t any more left to be found… but the ocean is slow to reveal her secrets, and now there’s an exciting new eel in town, Heteroconger fugax.

Described recently in the journal Zootaxa, the Mirage Garden Eel is an especially handsome addition, recognizable for the many small, black spots present throughout the body in combination with a large white blotch near the gill openings. It’s the combination of these two traits which characterizes H. fugax, as there are several other congeners with similar patterning that could easily be confused. For instance, Taylor’s Garden Eel (H. taylori) has small black spots (but without the white blotch), while the Manytoothed Garden Eel (H. perissodon) has a large white blotch (but lacks the black spots).

The evocative common and scientific names (fugax: Latin, “apt to flee, timid, shy) allude to the difficulty in finding and collecting this eel in the wild—like a mirage, it is quick to disappear when approached. This eelusiveness is perfectly illustrated by the complete absence of this fish from Allen & Erdmann’s comprehensive Reef Fishes of the East Indies. Just a single specimen was available to researchers, which had been gotten from Amami-oshima Island in Japan. This is likely the furthest north the species gets, as a sharp biogeographic break exists here, but photographic evidence also places it throughout the Ryukyu Arc and south to Borneo and the Philippines. The authors mention the Fijian H. tomberua as a possible close relation, while the Indonesian H. tricia, known from just two trawled specimens, also shows a similar spotted patterning. 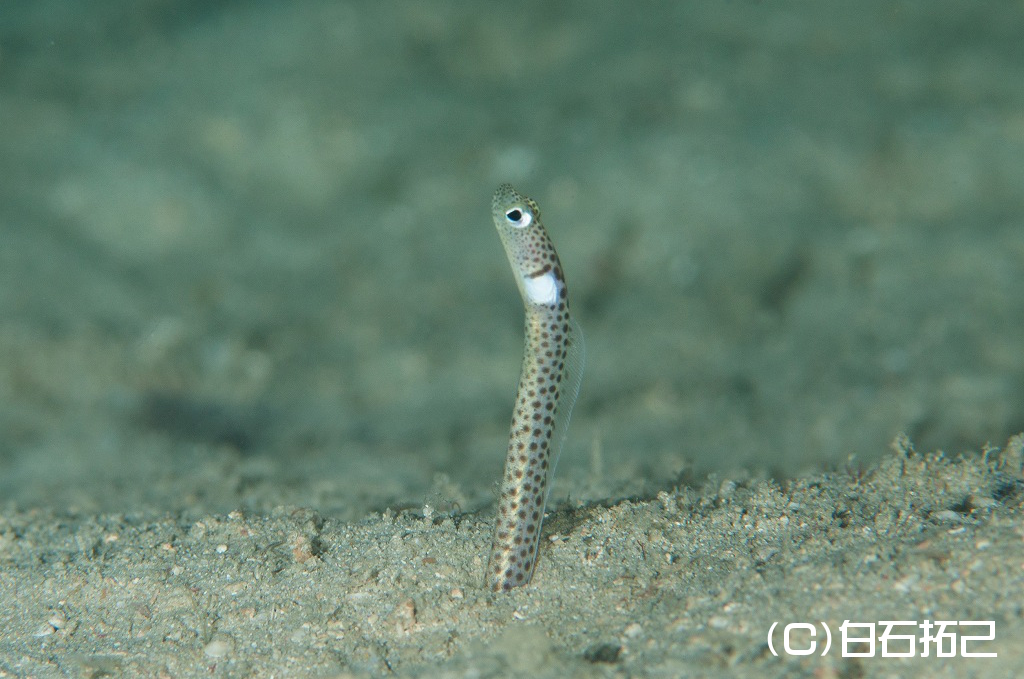