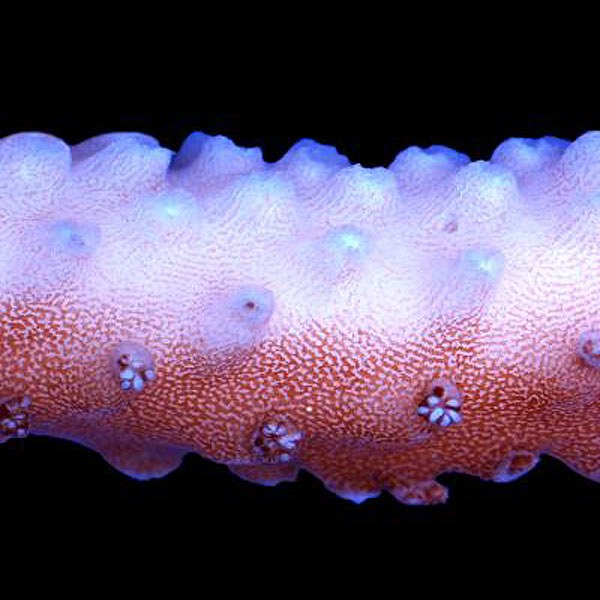 
From the University of Southampton and the National Oeanography Centre:

Research from the University of Southampton and the National Oceanography Centre, Southampton has found that an imbalance of nutrients in reef waters can increase the bleaching susceptibility of reef corals.

Corals are made up of many polyps that jointly form a layer of living tissue covering the calcareous skeletons. They depend on single-celled algae called zooxanthellae, which live within the coral polyps.

The coral animal and the associated zooxanthellae depend on each other for survival in a symbiotic relationship, where the coral supplies the algae with nutrients and a place to live. In turn, the algae offer the coral some products of their photosynthesis, providing them with an important energy source.

High water temperatures can block photosynthetic reactions in the algal cells causing a build-up of toxic oxygen compounds, which threaten the coral and can result in a loss of the zooxanthellae.

Without the algae, corals appear white, a state which is often referred to as ‘bleached’. Bleaching often leads to coral death and mass coral bleaching has had already devastating effects on coral reef ecosystems.

The study of University of Southampton, published in the latest issue of the journal Nature Climate Change, has found that nutrient enrichment of the water can increase the probability of corals to suffer from heat-induced bleaching.

Within the coral, the growth of zooxanthellae is restricted by the limited supply of nutrients. This allows the algae to transfer a substantial amount of their photosynthetically fixed carbon to the coral, which is crucial for the symbiotic relationship.

Algal growth becomes unbalanced when the availability of a specific nutrient decreases compared to the cellular demand, a condition called nutrient starvation.

Researchers from the University of Southampton based at the Coral Reef Laboratory in the National Oceanography Centre, Southampton, found that an increased supply of dissolved nitrogen compounds in combination with a restricted availability of phosphate results in phosphate starvation of the algae. This condition is associated with a reduction in photosynthetic efficiency and increases the susceptibility of corals to temperature and light-induced bleaching.

Dr Jörg Wiedenmann, Senior Lecturer of Biological Oceanography at the University of Southampton and Head of the Coral Reef Laboratory, who led the study, says: “Our findings suggest that the most severe impact on coral health might actually not arise from the over-enrichment with one group of nutrients, for example, nitrogen, but from the resulting relative depletion of other types such as phosphate that is caused by the increased demand of the growing zooxanthellae populations.”

Dr Wiedenmann adds: “Our results have strong implications for coastal management. The findings suggest that a balanced reduction of the nutrient input in coastal waters could help to mitigate the effects of increasing seawater temperatures on coral reefs. However, such measures will be effective only for a short period of time, so it is important to stop the warming of the oceans, which will otherwise destroy most of the reefs in their present form in the near future.

“Finally, our results should help the design of functioning marine reserves.”

The study is published in science journal Nature Climate Change.