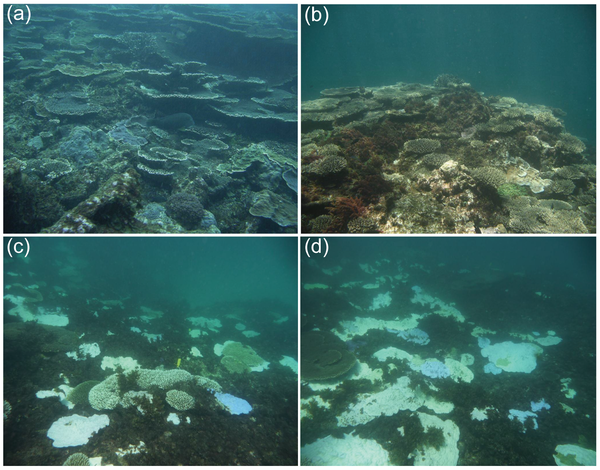 
Situated at almost 29 degrees south latitude, the Houtman Abrolhos Islands are home to a diverse set of coral containing approximately 184 different species. These reefs contain a mix of tropical and temperate coral, which are predominantly Acropora spp. A warmer than usual 2011 La Niña event subjected these coral to warmer than normal water temperatures and produced the first ever recorded bleaching event at this site.  A bleaching episode at this high latitude was before unheard of as it was thought that these reefs were far enough away from the equator.

The results of this bleaching event are found in the PLoS ONE paper “Turning up the Heat: Increasing Temperature and Coral Bleaching at the High Latitude Coral Reefs of the Houtman Abrolhos Islands.” In their paper, researchers David Abdo, Lynda Bellchambers, and Scott Evans probed the event to better understand what happened.

Given the above data, it raises the potential for future bleaching episodes in this area of the world and is another grim reminder of what can happen as our ocean temperatures continue to increase.