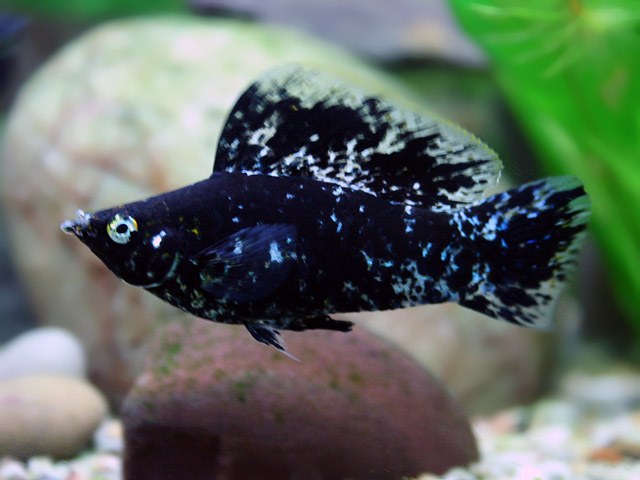 Male mollies put a new spin on the definition of “wing man.”


In a study published this week in the scientific journal Royal Society Biology Papers, University of Frankfurt researchers uncovered an interesting and unexpected reproductive behavior employed by male Atlantic Mollies (Poecilia mexicana) to increase their sex appeal.  Non-dominant male mollies will engage in homosexual acts to make themselves more attractive to onlooking females.  The scientists discovered female mollies will develop preferences for males they normally wouldn’t be attracted to (smaller, less colorful males) if the females see males sexually interacting with other mollies, even if the sexual advances are towards other males.

But the new study found that females still developed the same attraction to males who performed this courtship act on other males.  Said the researchers: “P. mexicana females increase their preference for initially non-preferred males not only after observing those males interacting sexually with females, but also when having observed them initiating homosexual behaviour.”