Horniman Museum Celebrates the First Birthday of their Captive-Spawned Corals 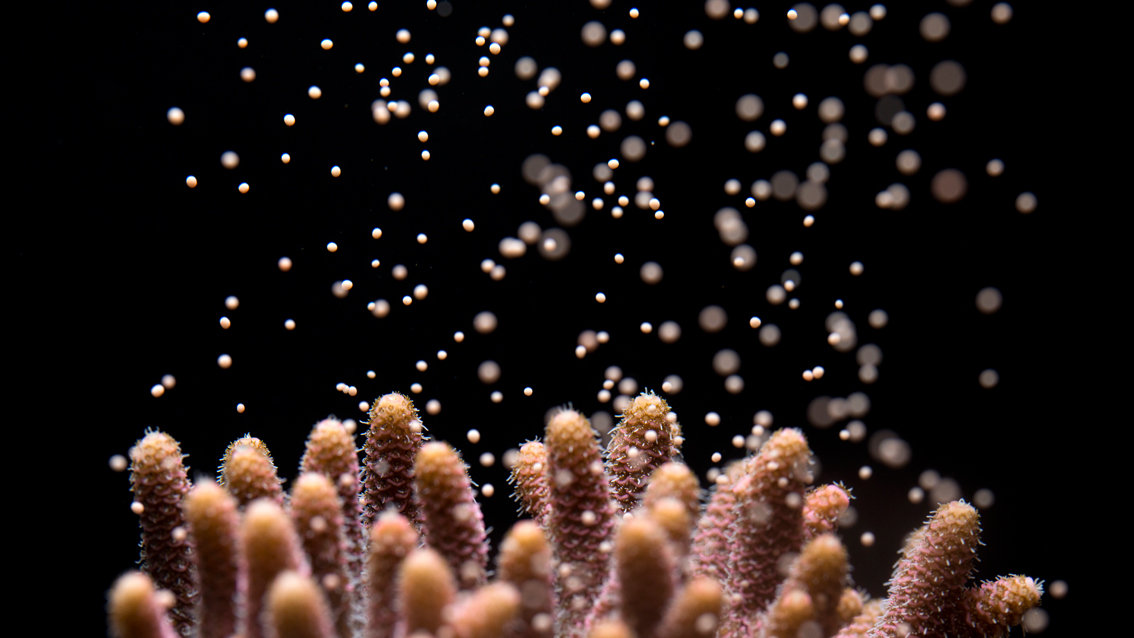 Congratulations to Jamie Craggs and his team of scientists at the Horniman Museum and Gardens. They are celebrating the first birthday of their captive-spawned corals, and are pleased to announce that their survival rate is over 100 times greater than in the wild!

In December 2015, the Horniman Museum and Gardens became the first UK institution to cross-fertilize captive-spawned corals, through its Project Coral research program.

With 130,000 eggs released during the spawning event, scientists carried out cross fertilization to create thousands of free-floating larvae – coral ‘babies’ – of which around 180 are now growing well, behind the scenes at the Horniman’s Aquarium.

This 0.14% survival rate (from egg to growing coral) is well over 1,000 times greater than that of wild spawned corals of the same species – scientists estimate that only one in a million eggs released during wild spawning events will survive to become an adult coral.

Jamie Craggs, Aquarium Curator at the Horniman Museum and Gardens, says, ‘We’re pleased that our baby corals are doing well but we have a lot more work to do towards safeguarding the future of coral reefs. The threats to this incredibly rich and important habitat, and in particular the condition of the Great Barrier Reef, have been making headlines in the past year. While there is certainly great cause for concern, the success so far of our research – and work by many others around the world – is cause for some ocean optimism, that we can save coral reefs before it’s too late.’

The high survival rate of the captive-spawned corals – similar to the rates seen in other institutions working on reef restoration – is great news for Project Coral, which is working to develop protocols to predictably spawn corals in captivity. In time these protocols will open up many avenues of further research for the Horniman and other institutions around the world, in order to investigate, counter and repair the impact of climate change on coral reef health and reproduction.

A few of the growing corals are now on display to the public in the Horniman Aquarium, in a show-tank dedicated to the Project Coral research being conducted behind the scenes. The rest are housed in the research lab, allowing Project Coral researchers to investigate growth rates of juvenile corals in captivity.