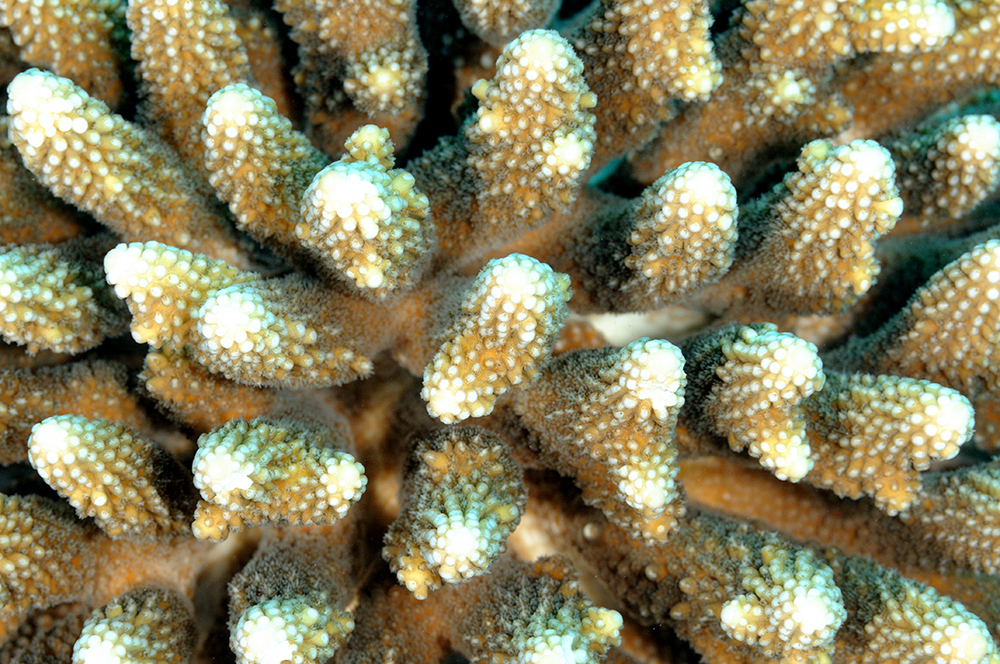 We all know that corals contain symbiotic algae within their tissues and that a delicate and mutually beneficial relationship exists, which when all goes well keeps both parties happy. But how do corals regulate the populations of algae within their tissues? New research using anemones, which are closely related to corals, may hold the key, and may have implications for understanding how corals may survive ocean warming.

Research published in Nature Communications by a team from the Carnegie Institution for Science has demonstrated the molecular mechanisms that underpin the relationship that allows anemones (and by implication corals) to use sugars provided by the algae and in turn provide the algal cells with useful chemicals from carbon dioxide to phosphorous and nitrogen.

“We are eager to understand the precise interactions between the alga and its host because if algal populations within the host disappear – as happens during bleaching events caused by ocean warming or pollution – the corals and anemones lose access to vital sustenance and may not be able to survive. On the flip side, rampant population growth of symbiotic algae could overtax the hosts’ metabolism and make them susceptible to disease,” explained Arthur Grossman, a member of the research team, in a press release.”We want to understand how corals and anemones maintain a balance, which may enable us to assist threatened reef communities.”

The team showed that the key to maintaining algal populations in the anemone involved the animal limiting the supply of nitrogen. The research used a species of symbiotic alga called Breviolum minutum, found in the anemone Exaiptasia pallida, and showed that as the algae reached a high density they expressed:

‘elevated levels of cellular products specifically associated with nitrogen limitation. This is the same behavior that is observed in free-living algae that are growing outside of the host when available nitrogen in their environment becomes scarce.’

As algae population levels increase and more sugars are produced, the anemones use parts of the molecules to recycle their own ammonium waste (which contains nitrogen). This aids anemone growth and limits nitrogen availability for the algae.

The team demonstrated that the dynamics of nutrient exchange between the algae and the anemone change as the algal population increases, which is the key to understanding algal population control within the host.

“Our work elucidates how the association between anemones and algae, or coral and algae, ensures that this symbiotic relationship remains stable and beneficial to both partner organisms,” said lead author Tingting Xiang. “With ongoing research, we hope to even better understand the various mechanisms and specific regulators that are crucial for integrating the metabolisms of these two organisms, which could eventually allow for the transplantation of hardier algae into bleached coral and also for manipulating both corals and algae to have greater tolerance to adverse conditions.”