How the Cardinal Fish got its Name 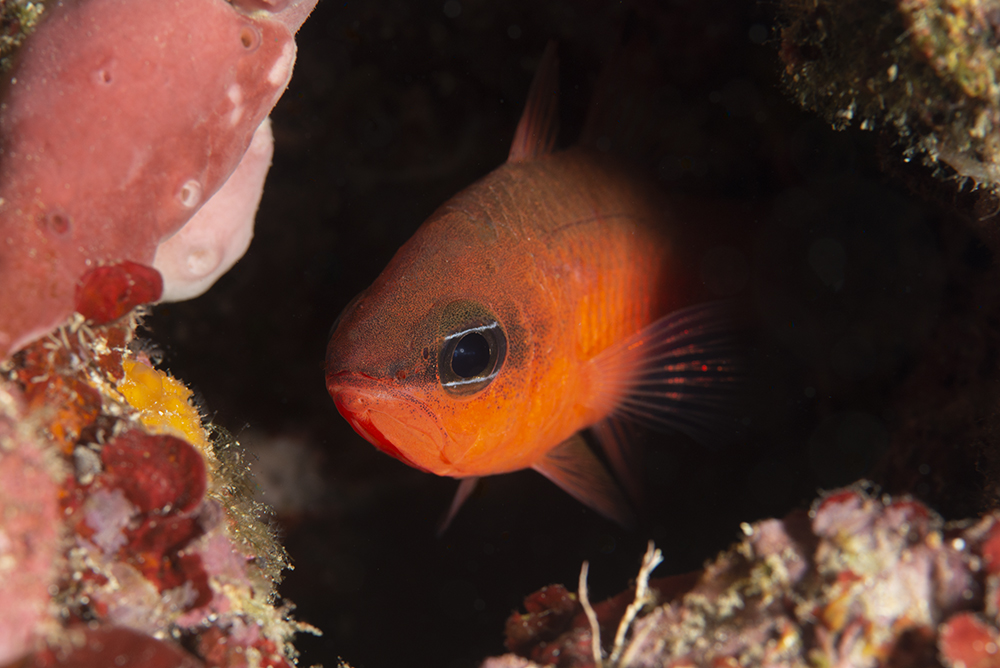 Across the world there are animals with the word ‘cardinal’ in their name and as most readers will know the entire fish family Apogonidae are known as cardinals, but why?  Why are the fish below ‘cardinals’? 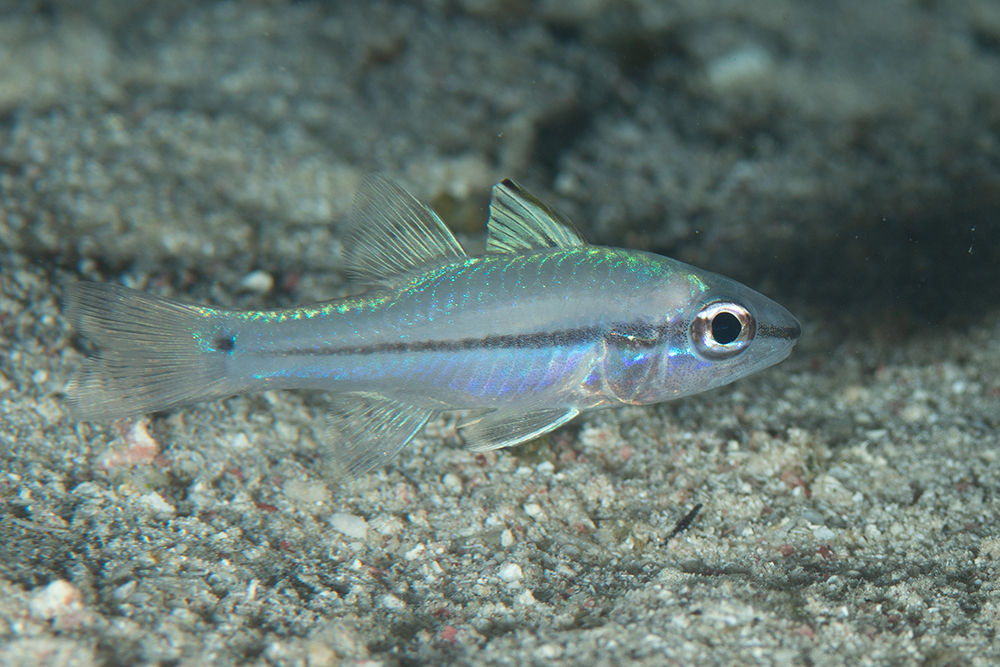 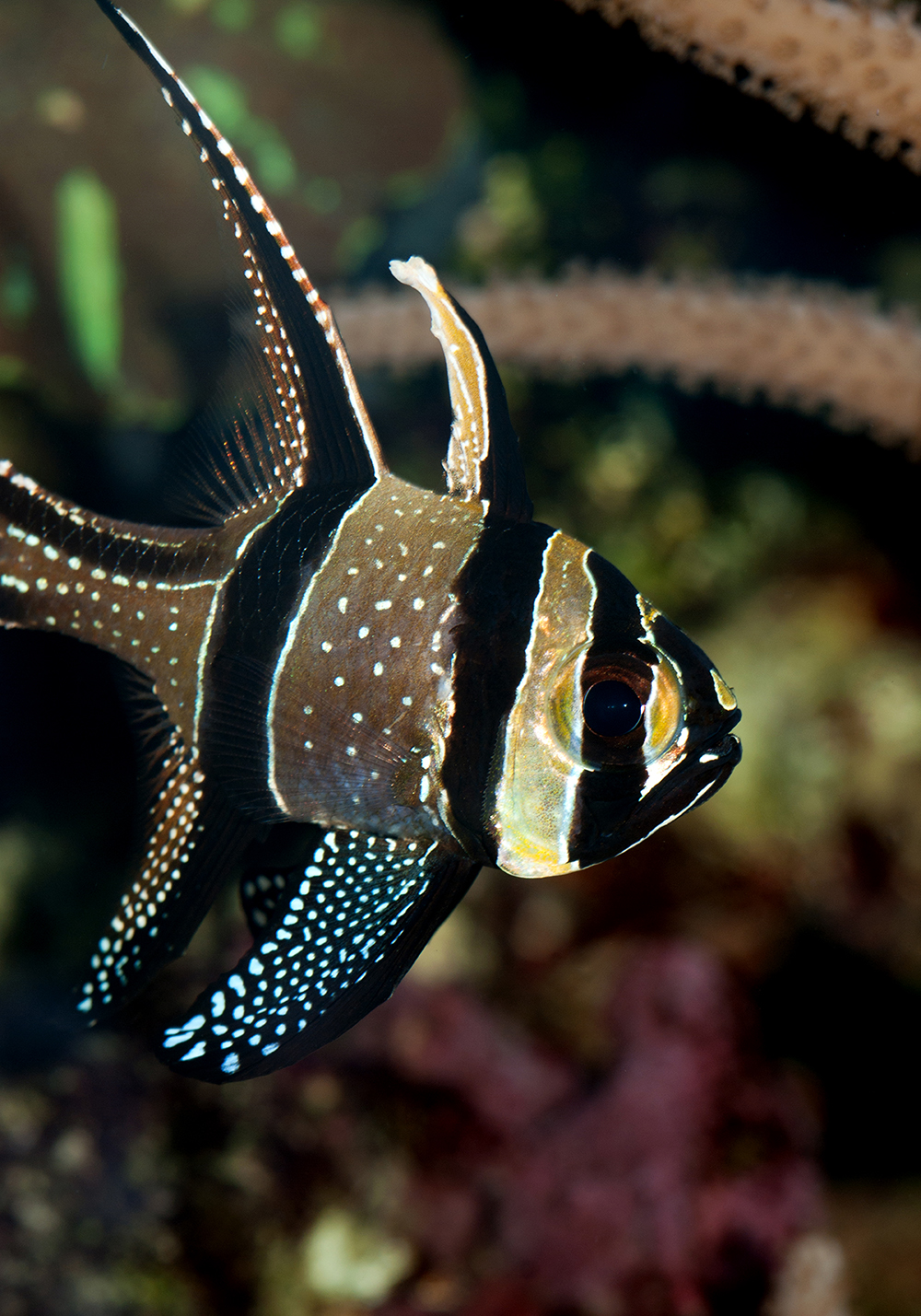 There will no doubt be readers for whom, this post is old news, to them I apologize, but it wasn’t until I first dived in the Mediterranean, at least twenty years ago now, that I made the connection.  It is all down to this shy but deeply beautiful fish. 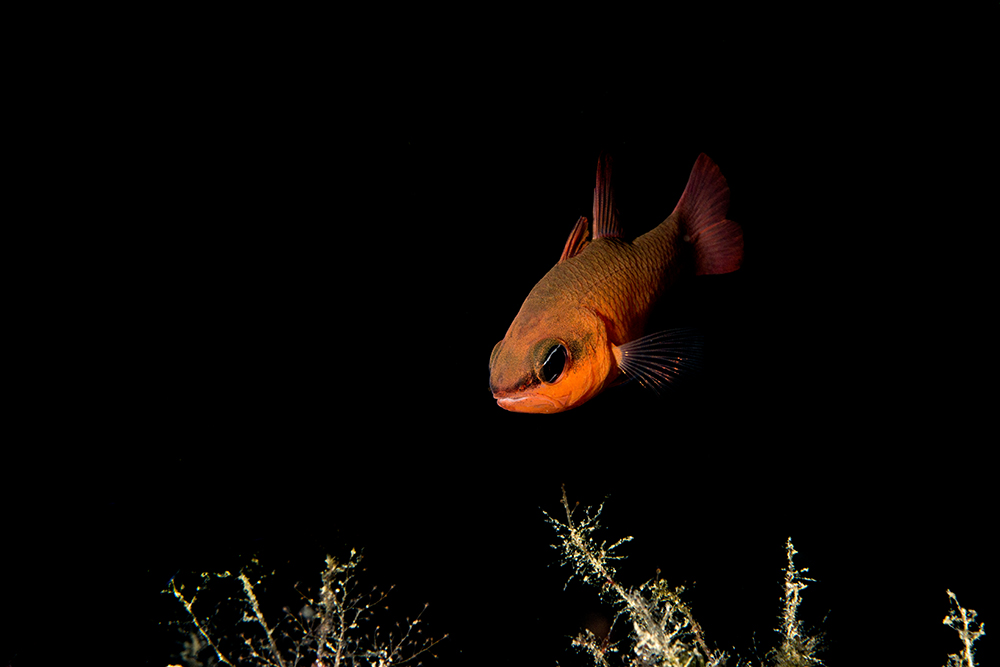 Apogon imberbis is a shy fish, often found sheltering in overhangs and at deeper depths in the Med and Eastern Atlantic.  It appears brown, but when lit by artificial light it is revealed to be a stunning red, and it’s fame all comes down to that color, as well as being the first fish of its kind to get a proper scientific binomial in 1758, by Linnaeus himself.

Few objects in the mid 1700s were red, apart from the bright red robes worn by the cardinals of the Roman Catholic faith.  Thus, these were named Cardinal fish.  As biologists travelled far and wide, more fish of the Family were identified, and they too were added to the Cardinal Family, through the taxonomy adopted from Linnaeus. 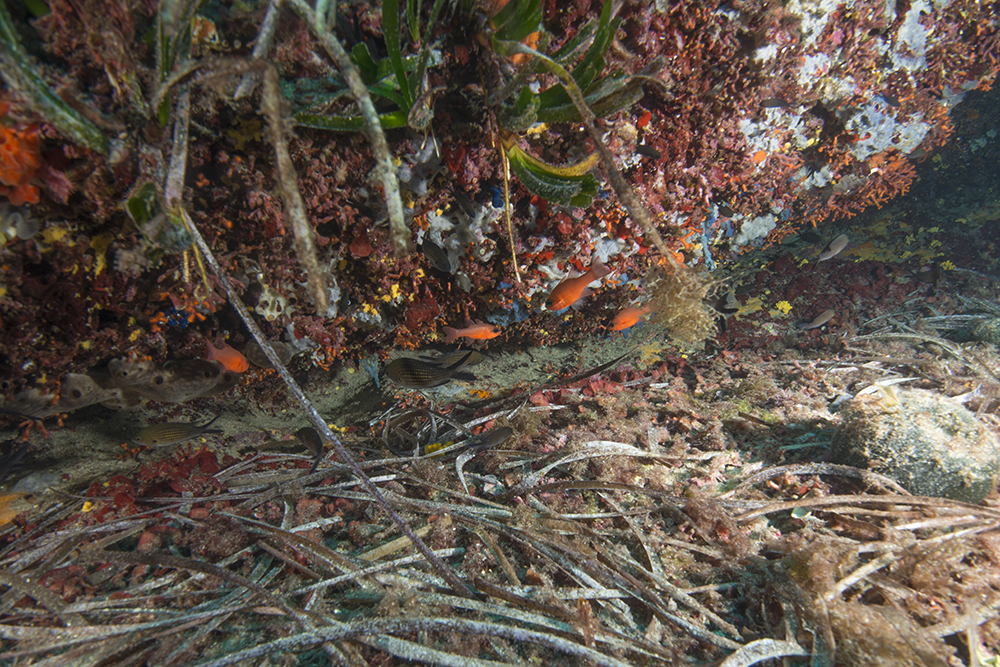 Cardinals in their natural environment in the Med

Apogon derives from the Greek for ‘without chin/beard’, I’m only guessing, but that does perhaps refer top the fishes squat appearance, but I’m no classics scholar. The cardinal is also the state bird of Illinois, Indiana, Kentucky, North Carolina, Ohio, Virginia, and West Virginia. 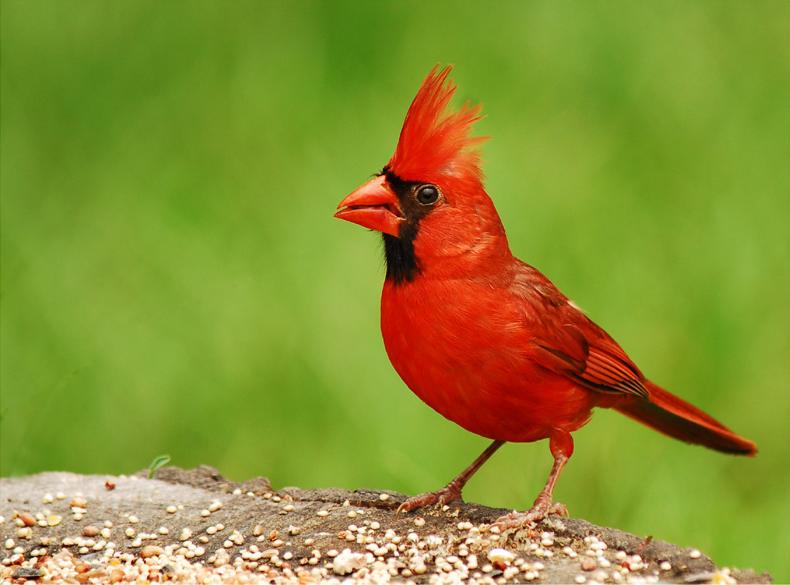 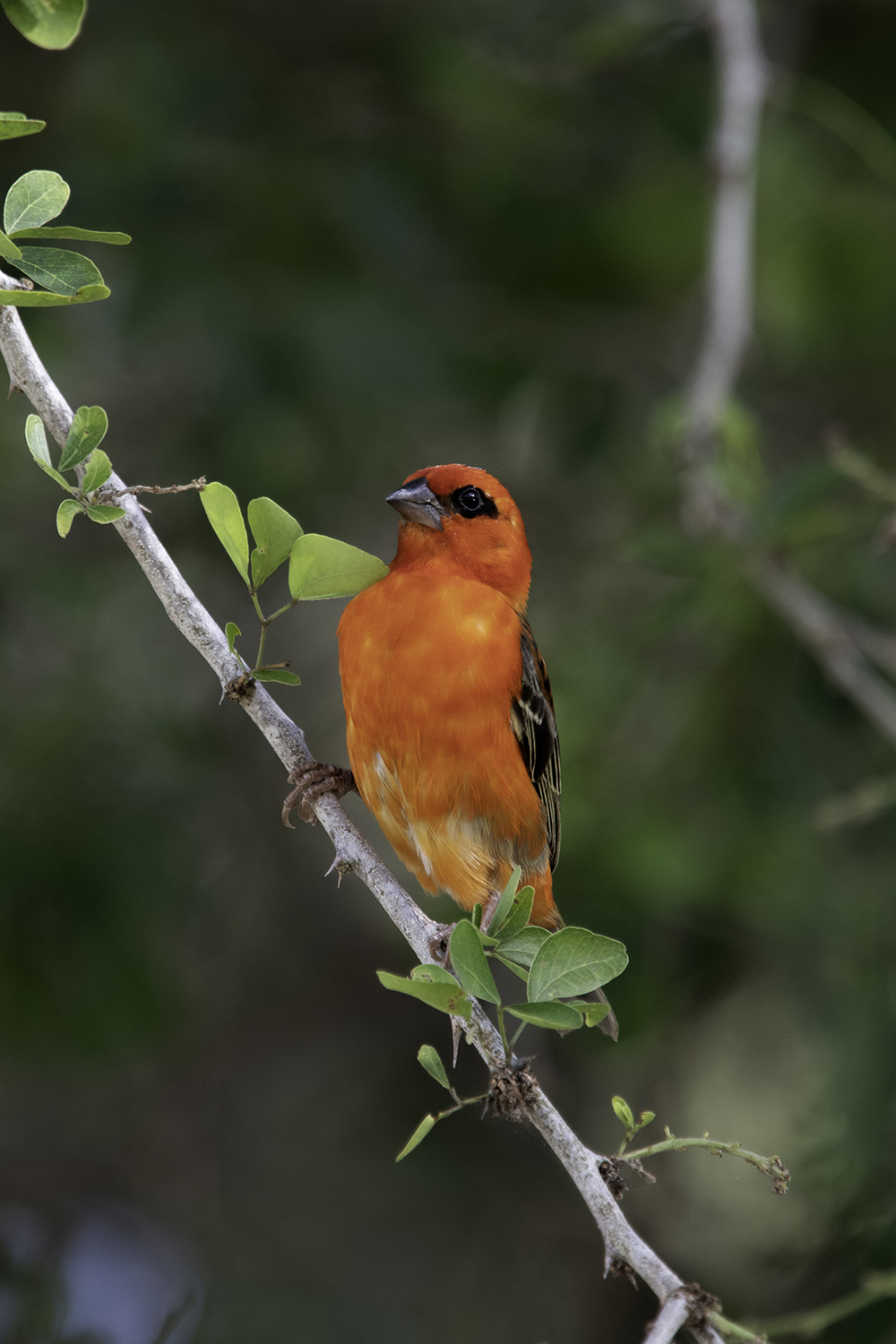 This Madagascan Fody is also known as a ‘cardinal’