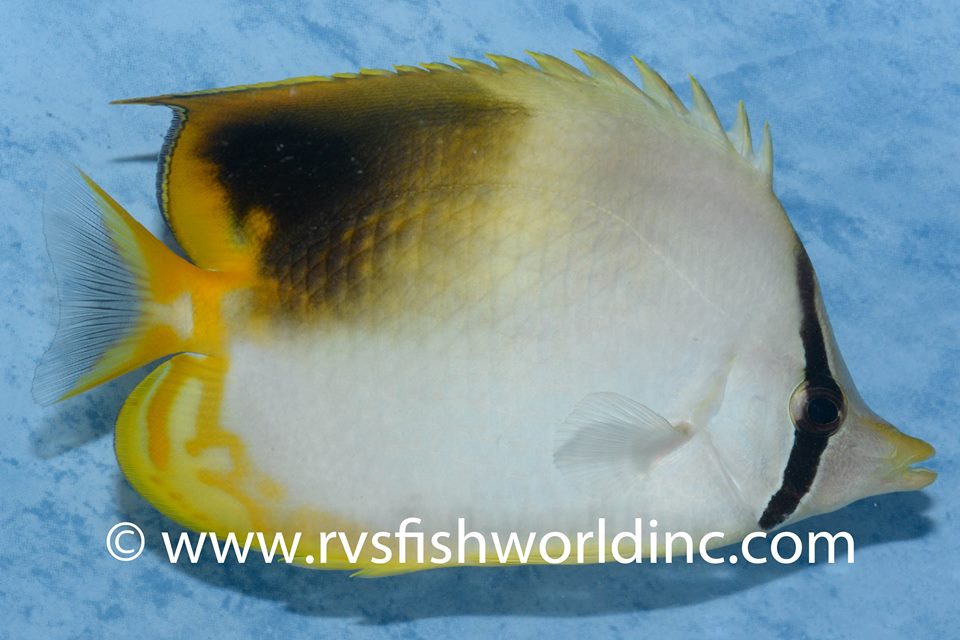 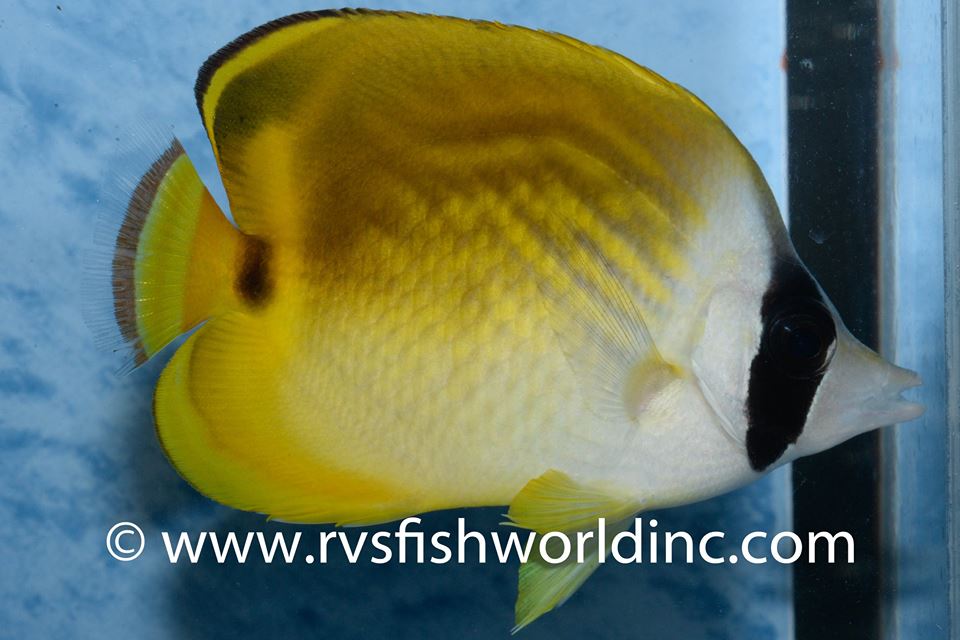 A couple interesting butterflyfish hybrids have turned up in the Philippines, giving us the opportunity to guess the parentage behind these strange genetic amalgamations. You might want to take a moment to come up with your own hypothesis before clicking to see what I’ve come up with for these peculiar piscines. 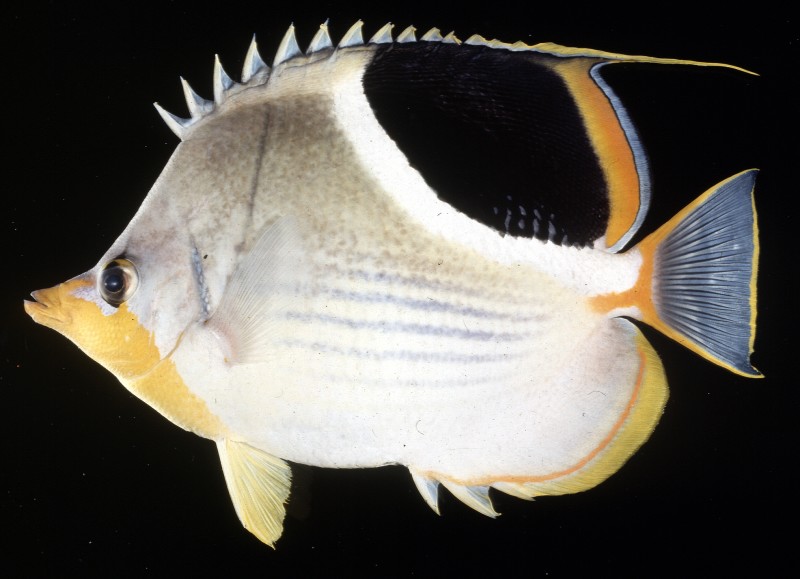 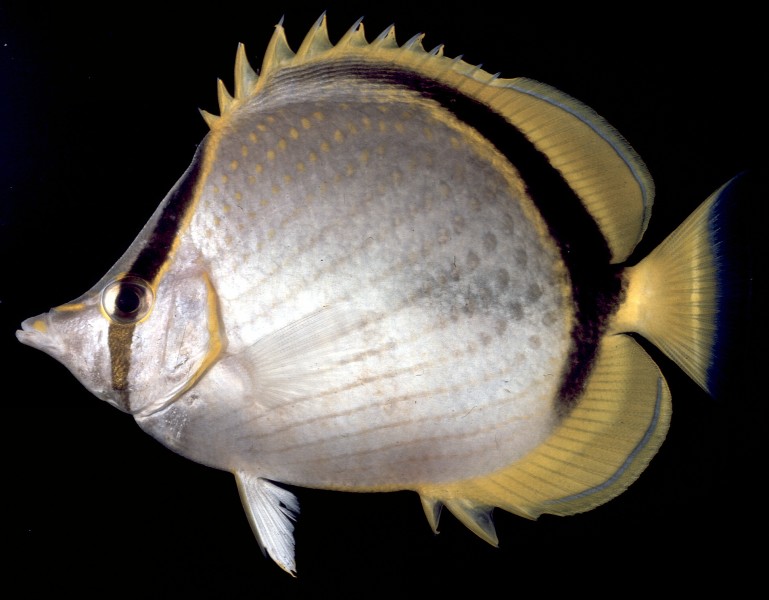 The first fish has a few very distinctive qualities to it, such as the long filament coming off the dorsal fin and the black blotch posteriorly. The mostly clear caudal fin is also pretty diagnostic and points us in the direction of the Saddled Butterflyfish (C. ephippium); however, we can see that there is much about this fish’s coloration which differs dramatically. The prominent thin stripe through the eye and a mostly white body is a common motif to a number of species in this diverse genus, but I’m putting my money on this being the illicit ichthyological lovechild of the Yellow-dotted Butterflyfish (C. selene). 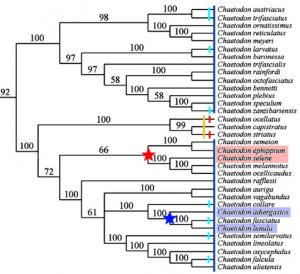 Relationships of the suspected hybrid parnts. Stars indicate the most recent common ancestor for each pairing. Modified from Fessler & Westneat 2007

This is backed up by the genetics of this group, as both species are shown to be close relatives in the phylogeny of Fessler & Westneat 2007. Butterflyfish hybrids are often encountered in the aquarium trade, with many different suspected mixes being known, but what is often unappreciated is how these mixes always occur amongst closely related species. We don’t see the Raccoon Butterflyfish mating with a Lemon Butterflyfish for the simple reason that these two are quite distantly related and are likely to be genetically incompatible. This is a useful tool for teasing out what a suspected hybrid might be, as it can help to eliminate many possibilities. 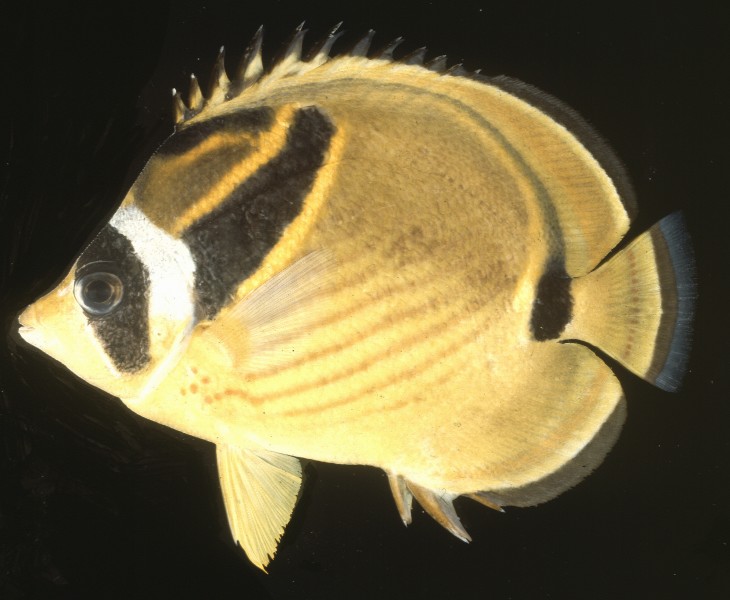 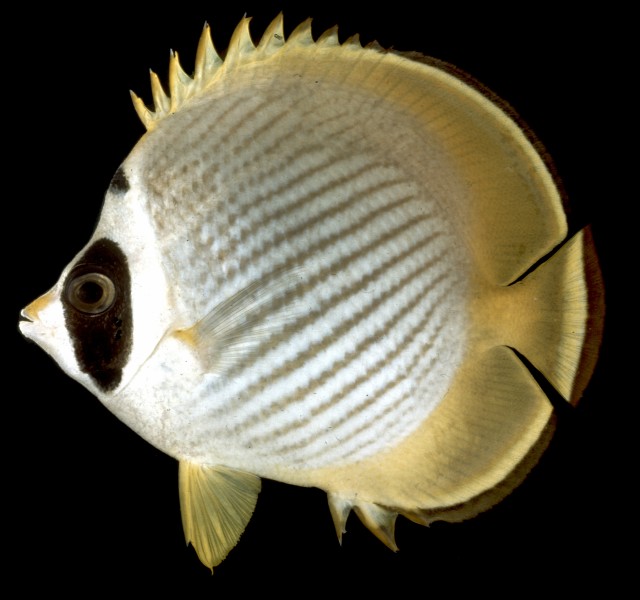 The aforementioned Raccoon Butterflyfish (C. lunula) may be involved with our other specimen, despite not sharing many of the characteristic dark markings of that species. What leads us in that direction is the dingy dorsal coloration and yellow hue suffusing this specimen’s body. Note also the similarities in the caudal fin. Meanwhile, the white shade of the head and chest offers a number of different options for the other parentage, and genetic study would be required to answer this question with real confidence. My best guess is the Panda Butterflyfish (C. adiergastos), which is a close relative and which has been purported to hybridize with C. lunula based on some previously discovered specimens in this same region of the Philippines. If you have a better guess for either fish, please share your thoughts.

Update: It has been suggested by LemonTYK that this second hybrid is lunula X auriga, and mixed species pairs observed in Hawaii (seen here) seem to support this. The first hybrid has been suggested to be an auriga X ephippium hybrid, and has been documented in French Polynesia, far from where C. selene occurs. Randall et al 1977 first documented it in this paper. 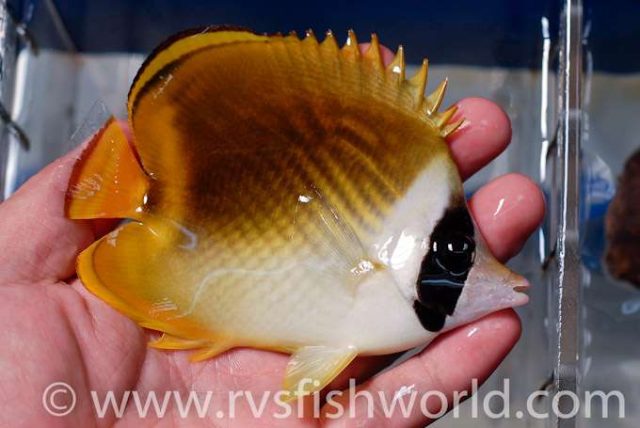