Il Motore, a tiny but interesting bit of history 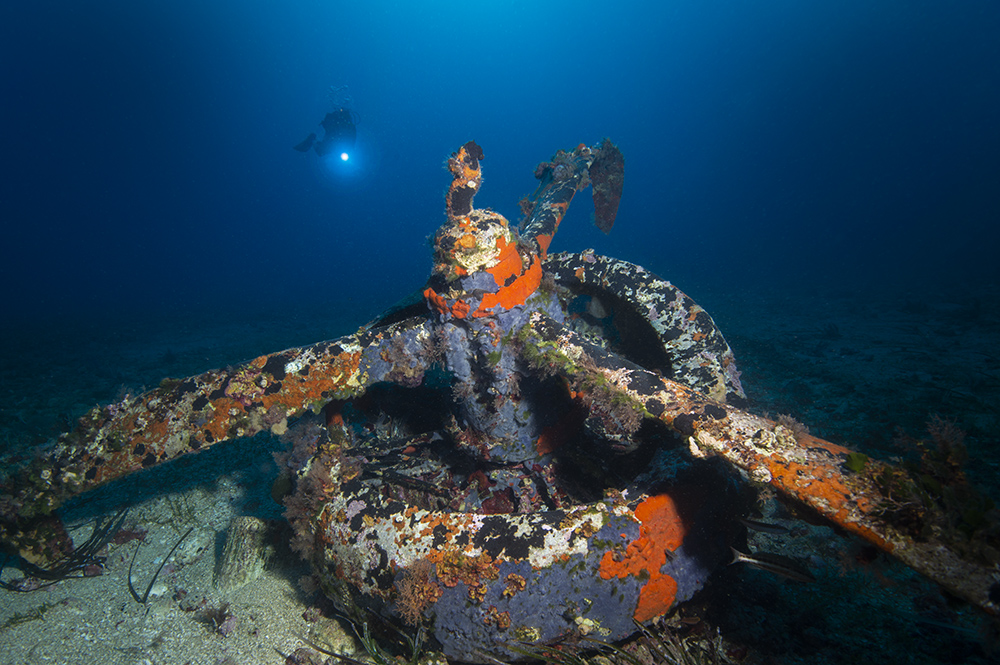 I’ve been thinking about shipwrecks of late, after my post about an ancient wreck in Greece.  I thought you might like to see these images by way of a comparison.  This is Il Motore ‘the engine’ from Sardinia.

There’s something I find very visually satisfying about this aircraft engine which sits in shallow water in the La Maddelana Archipelago.  I only had a few minutes to get this shot.  I briefed the dive guide and asked her to get behind the engine and use her torch to add some visual interest in the blue.  This is a technique much beloved of dive photographers and something I’m only just coming around to.  For years I disliked images with people in them, but not everyone agrees, especially picture editors wanting to remind people that ‘this could be you’ exploring the deep.

As you can see, this is a radial aircraft engine.  That’s about as much as I know, and unless things have changed in the last few years since I dove it, no one knows more than that.  All the guide could tell me was that the  engine was shot off a plane in the last war.  Presumably the rest of the aircraft is somewhere out there, in deeper water, awaiting discovery. 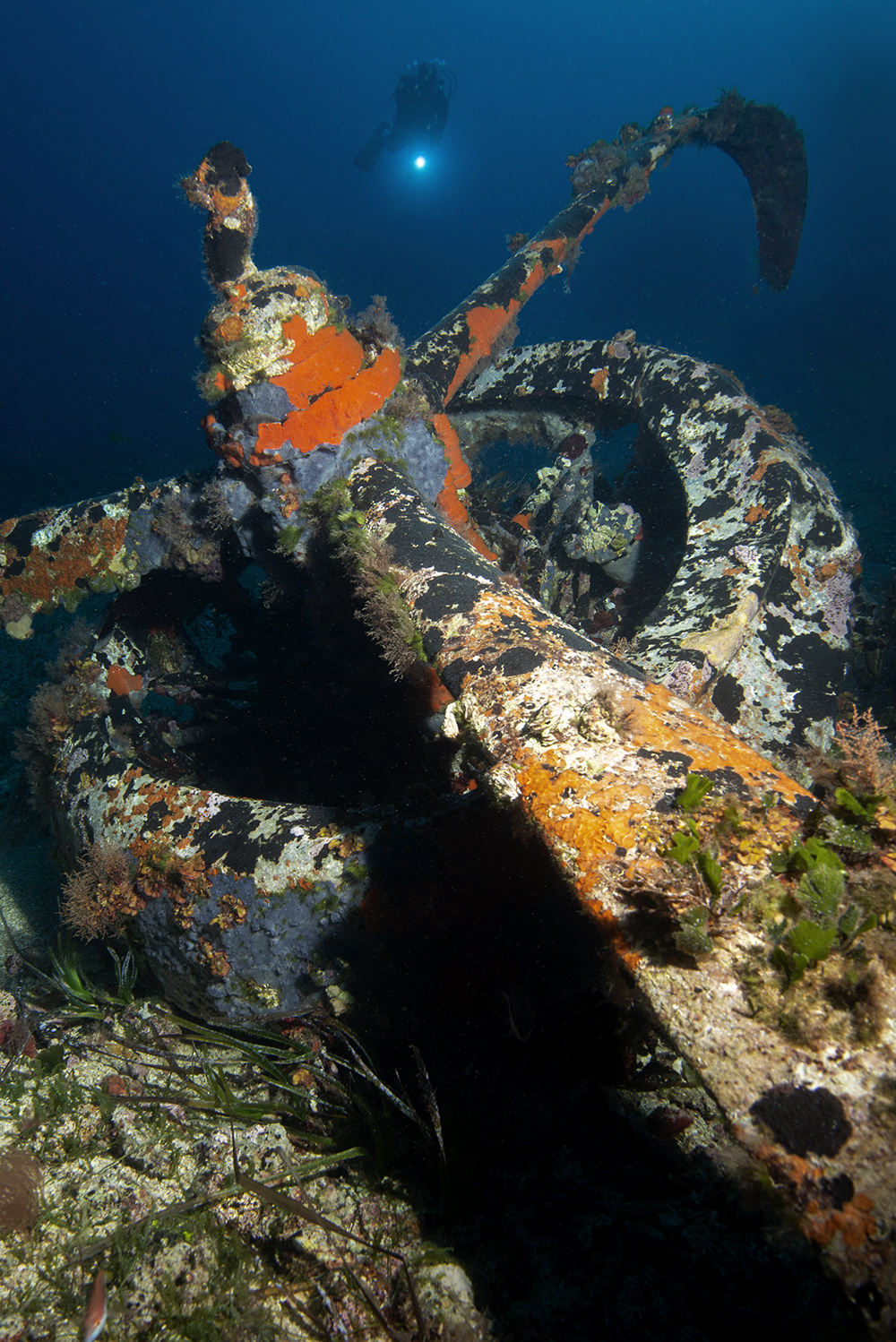 As you can see, for a small bit of wreckage, Il Motore is quite colourful, with a mixture of green algae, pink coraline algae and red and grey sponges, it’s really quite a nice thing to look at. 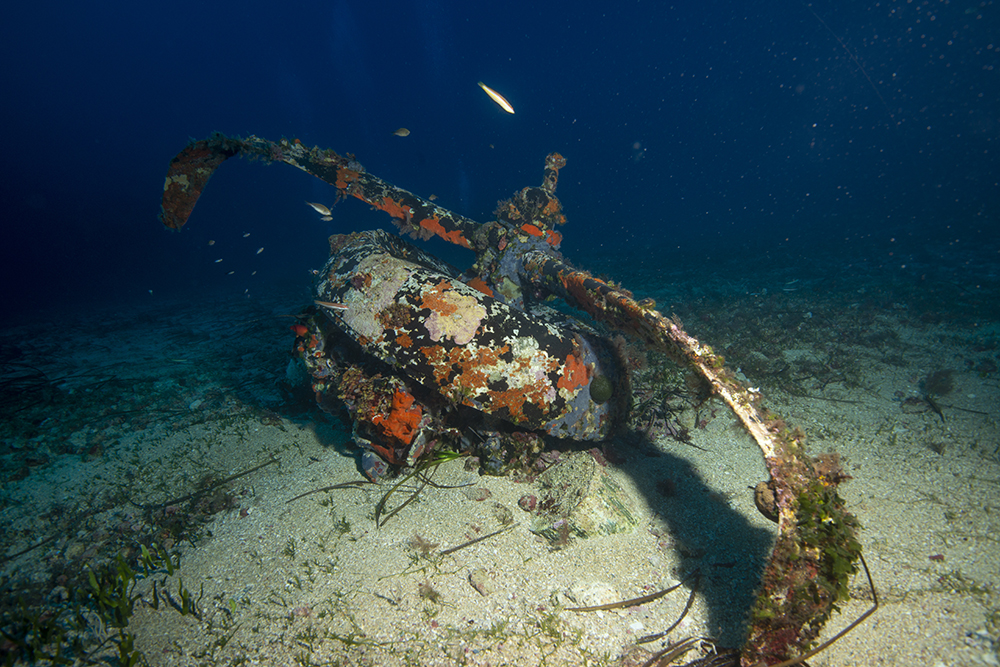 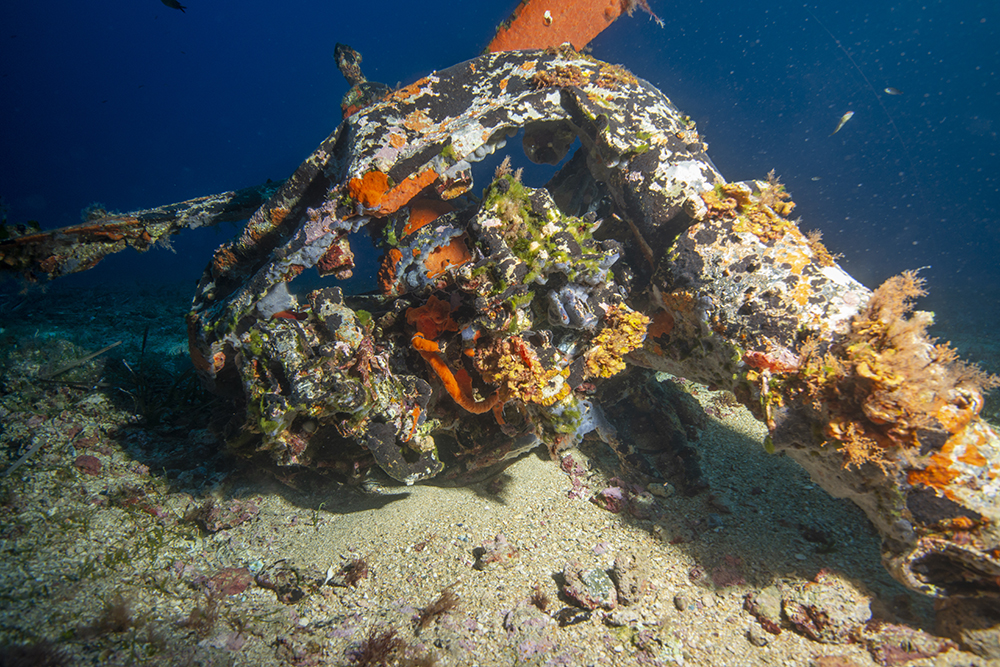 As you can tell, engines are not something I know about, but perhaps there is someone out there that knows just what kind of engine this is and what kind of plane it once powered?