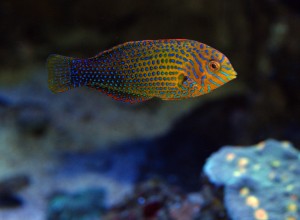 I just found myself ordering a bunch of wrasses for my reef and realized that I have a problem. Maybe admitting it in public may be the first step to recovery. It all started with a seemingly innocuous small yellow fish. When I say yellow, I mean insanely bright yellow. While Yellow Coris wrasses are common these days, you have to step back to 1989 and imagine a teenager who had mostly kept guppies in glass bowls mesmerized by the first marine fish setup he had ever seen in a store. I didn’t realize it at the time but that little banana wrasse was my gateway wrasse.

Over time I have spun out of control in an ever descending spiral… After the Yellow Coris came a Sixline. I justified that step by the gorgeous green and red stripes along its flanks, then soon I was doing Melanurus – I mean, aren’t they just a bigger version of a sixline? If you can handle a sixline you can do a melanurus right? From there it was onto Marble Wrasses, the softly dusted white sides looked so nice- but then I was offered a Dusky. It was a shady deal, conducted in the back of a fish store- I didnt know what I was getting into but the time and price was right and I needed a wrasse-fix. After that I kind of stuck with what I had until recently when cravings took over and I tried a Mystery, a Black Leopard and a Potters Wrasse in rapid succession. It was not until last night however that I realized I had an issue as I unbagged several White Leopards and Red Coris. It was then my wife intervened and patiently explained to me that I needed help. At first I was in denial but now I see I am an addict. 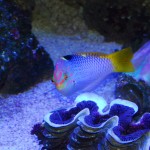 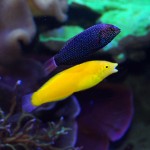 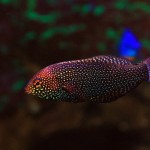 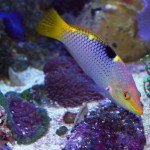 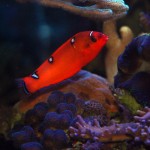 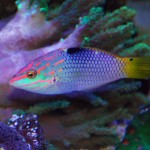 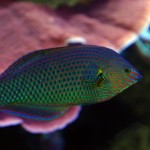 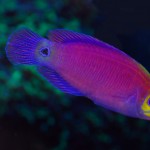 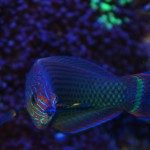 They say the first step to a cure is opening up. So here I am, hoping you can learn by my mistakes and stay away from the Yellow Coris. I know I need help… Its now been a day since my last acquisition and im doing well, but does anyone know where I can get any mated Rhomboids?