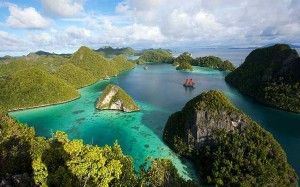 Many marine aquarists may not be aware, but Indonesia is the supplier of a large percentage of aquarium corals and fish. This southeast Asian country has a population of over 250 million people, and ranks as the world’s most populated Muslim majority country. Indonesia ranks number two of countries on Earth with the greatest bio-diversity, and is home to the infamous Coral Triangle, an area of rich reef, home to 500 documented coral species.  By number of islands, Indonesia is the largest country in the world, with over 14,000 islands scattered throughout rich and diverse seas. For decades, Indonesia has struggled to protect the rich coral reefs that make it a legend in oceanic conservation. The countries’ story with conservation is a historic look at how modernization and changing economies effect precious natural resources. Today, Indonesia exists as an important supplier of both wild caught and aqua-cultured marine livestock and the rise of trade associations and CITES cooperation have changed the game, concerning collection of marine animals in Indonesia. However, there are a handful of sneaky and illegal tactics at play, which allow marine suppliers to get illegally collected corals into the hands of American aquarists. 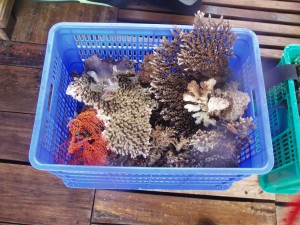 Long ago, Indonesia was controlled by the Dutch, who quickly saw the need to preserve this precious island chain. The coral reefs surrounding the countries’ islands were rich, and the Dutch had the foresight to understand that someday, the world may take advantage of them. When the Dutch lost control of the country, and it became a sovereign island nation, the reefs around Indonesia began to suffer. Corals are a rich source of limestone, and the building industry harvested acres of reef to supply it. Tourism was bringing large boats and droves of people onto the reefs, and the expansion of development was washing sedimentation into the sea. In time, the budding marine aquarium industry was collecting corals from Indonesian reefs. The local population was hungry for economic stimulation, and gladly went along with any industry that promised a viable payday.

With un-regulated use of the countries’ greatest natural resources running amok, Indonesian officials turned to the newly formed CITES (Convention in the trade of endangered species) for help. CITES is an international watchdog, which protects endangered animal and plant species by regulating their trade. Countries that agree to CITES rules, then take part in an extensive regulation system which is enforced by various international governments. For example, in the U.S., the endangered species act (ESA) enforced by NOAA and the National Marine Fisheries Service (NMFS) is in place to provide teeth to CITES rulings. 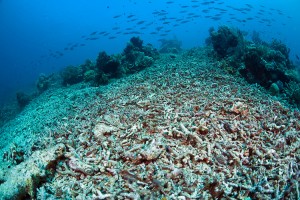 Coral Reef in Komodo National Park, Indonesia, destroyed by dynamite or blast fishing, a practice in which fishermen use fertilizer-based explosives to kill and demolish everything in the water – from fish to the entire coral reef habitat.

Decades ago CITES completed a survey of coral species in Indonesian waters. They determined that some species could be collected and exported in limited quantities. To enforce their findings, CITES developed a quota system, which is still in effect today. A total, overall quota of collectable coral species and quantity is issued yearly. This overall quota is broken up between roughly 23 collectors. Once any species quota is met, or an individual collector meets their quota, collection of that coral species ceases for the remainder of the year. To ensure that any one particular reef isn’t over utilized, Indonesia rotates collection sites. One reef may be collected from for two, or three years, and is then given several years to replenish while collection is rotated to a different reef.

Corals leaving Indonesia are regulated by both quantity and species. Non-native Indonesians cannot collect corals from Indonesian waters, and corals must be exported by permitted coral-farms. A coral trade association has been enacted to self-police collection and export, and coral farms are open to trade association inspections and CITES conducts occasional random inspections of the entire system, to ensure it’s working as planned.

Many aquarists believe that Australia’s export and collection laws are stricter and more conservation oriented than Indonesia’s. Those familiar with Indonesia and Australia’s coral trade often disagree. Australia’s yearly coral export quota is set in weight, by kilo. Once a certain number of kilos of live coral has been exported, then collection ceases for the remainder of the year. However, this weight count export regulation doesn’t take into account specific coral species, and doesn’t regulate specific species numbers collected. For example, it would be very possible to export a huge number of one coral species from Australia, since regulators look at weight alone.

In Indonesia, a host of paperwork is required to export corals. From local collecting and coral farm permitting, to international wildlife transport permits. 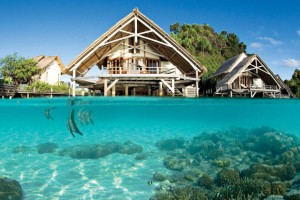 While Indonesia and CITES have worked hard to protect against over-exploitation by aquarium collectors, the entire supply chain consistently comes up with creative ways to bend and break the rules. One common tactic is purposefully misidentifying coral. If the quota on a particular species has been met, but a coral farm wants to export more of that species, they will purposefully misidentify the species, in hopes that inspectors don’t pick up on the mistake. These exporters are counting on the fact that some coral inspectors both in Indonesia and the U.S are unfamiliar with specific species. CITES and international regulators have been working to educate inspectors to catch such tactics and confiscate mislabeled coral shipments.

Exporters and importers have also learned that first sending corals to a hub in Canada, then bringing them to the United States, can create an avenue to break collection quotas. Since Canada imports far less coral than the U.S., export and import regulations in Canada are far laxer, and Canadian inspectors are unlikely to pick up on mislabeled coral. Once coral shipments from Indonesia land in Canada, the U.S. importer then has then shipped into the U.S. The coral shipments look like they are coming to America from Canada, not Indonesia, so they are not given such intense scrutiny.

Other exporters and importers depend on hubs within the U.S. known to lack the ability to identify coral species. Detroit, Miami and Houston are all cities rumored to lack adequate inspectors to verify the contents of Indonesian coral shipments. In any case, if corals collected outside of CITES quotas and Indonesian regulations are exported and imported, this is considered the illegal smuggling of endangered animals and carries with it severe penalties for both Indonesian exporters and American importers.

Private collectors, illegal collecting and damage to the pricing system: 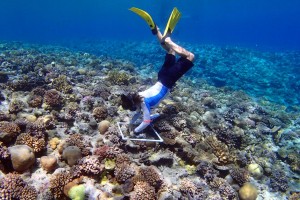 It’s rumored that years ago, a private American collector told Indonesian coral collectors that chalice and yuma corals were of greater value, and paid them much more than traditional channels for these coral species. Since then, collectors have demanded more for these species, forever raising the prices for all aquarists.

To make Indonesian collection regulations work, and protect a fair pricing structure for everyone, it’s valuable that all levels of the collection process work together. This includes international organizations like CITES, American enforcement agencies like NMFS and local Indonesian collection associations. When private collectors illegally take corals outside of this structure, it often causes problems for everyone, including private aquarists in the U.S.

The rise of aquaculture/mariculture in Indonesia: 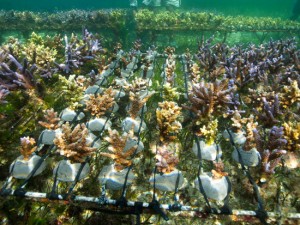 Aquaculture and mariculture began in Indonesia as a way to off-set the burden placed on natural reefs, by the growing reef aquarium hobby. While it’s largely been applauded for achieving that goal, there are Indonesian collectors, working on the reef in the country, that disagree that aquaculture has been entirely successful. Aquaculture has also been an avenue for exporters to ship out popular aquarium corals, without having to adhere to CITES collection quotas. One of the biggest problems that’s been noted, is exporters shipping corals marked as aqua cultured, which have actually been wild collected.

The aquaculture industry struggles to keep pace with coral demand from the U.S. and Europe. By their very nature, corals grow slowly and when large pieces of coral colony are pruned and sold, it can take years for them to re-grow and be viable for sale. Also, it’s a struggle for the aquaculture industry to predict what species will achieve mass popularity. Indonesian collectors tell of coral farms with tree sized acropora colonies they cannot sell, simply because that specific species has fallen out of fashion. Meanwhile, these same facilities are working around the clock to grow other corals, which are in high demand but have already met their CITES collection quota.

Some Indonesian collectors claim that coral aquaculture has heightened the demand on certain species, while encouraging exporters to work around regulations. For example, aquaculture may make a popular coral species available in abundance, fueling a growth of that coral’s popularity while aqua cultured stock remains full. Once that aqua cultured stock runs out, collectors quickly meet their CITES quota of that species, since it’s in demand and highly valuable. Once the quotas are met, and aquaculture farms are re-growing their stock, the heightened demand encourages exporters to bend the rules, shipping the popular species out under other names or marking wild caught specimens as aqua cultured. Whether or not collectors are justifying their position with this argument, or making a rational assessment of the trade remains to be determined. However, most reef keeping associations have praised the Indonesian aquaculture industry as it’s said to provide 70% of the corals demanded by the U.S. and Europe. 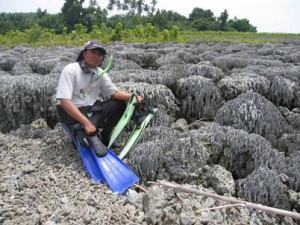 Most reef aquarists likely have something, a coral or fish, from Indonesia in their tank. They are simply the world’s biggest hot-spot for diverse and unique sea-life. It’s wonderful that Indonesia is allied with CITES in trying to manage their aquarium fishery, and promote regulations that ensure sustainability. Sadly, this commitment hasn’t stopped some exporters and private U.S. collectors from going outside the guidelines and taking whatever they want, selling it and profiting from it. As aquarists, it’s important we know that our livestock was legally sourced, as ignorance is not an excuse for owning an illegally smuggled endangered animal.