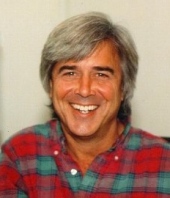 Legendary underwater filmmaker Mike DeGruy was killed in a tragic helicopter accident near the town of  Nowra on the coast of New South Wales, Australia on Saturday, February 4th. He was in Australia working on his latest project and heading to Papua New Guinea next week. The pilot was also killed in the accident that happened right after take off.

You may recognize Mike DeGruy from his work on such documentaries as Blue Planet and Last Mysteries Of The Titanic. Mike was also deeply involved with the Santa Barbara International Film Festival.

I had the distinct pleasure of meeting Mr. DeGruy this past November when he spoke at the Midwest Marine Conference. He was a charming, friendly and intelligent person. As far as I know this was the only time he had spoken to a group of marine aquarium hobbyists and he was delighted to share his love of the ocean with a room full of fish geeks. Everyone in attendance was delighted by the stories he told about his experiences with marine life and about his many journeys to the Titanic.

Mike DeGruy’s work will remain as a legacy for future generations and he will be missed by everyone that he came in contact with.