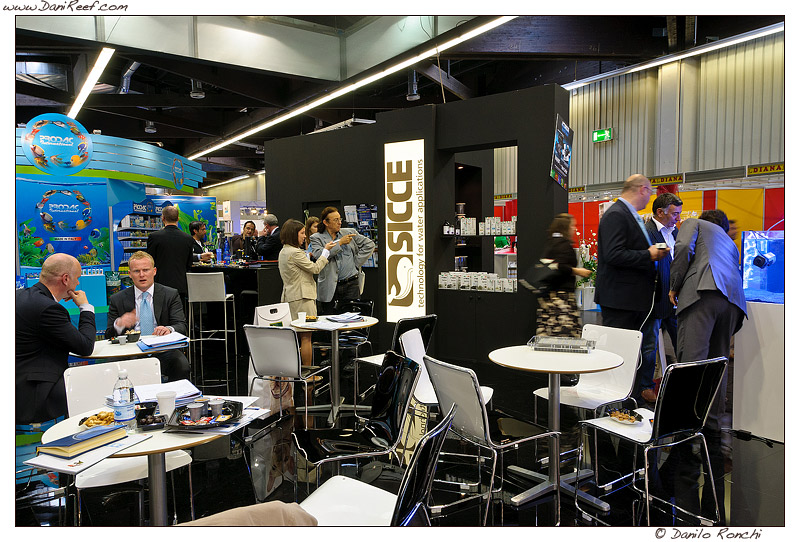 In Hall n.4 of course we visited also the italian Sicce booth that also housed LGMAquari. Sicce is a famous brand that make and sell pumps in all the world, LGMAquari instead is a small italian company that create very good skimmers and calcium reactor and now very close to Sicce. Our hosts were then Geppy (LGMAquari) and Federico (Sicce), who have first stuffed us with limoncello DOC, coffee and everything else and then they has informed about their news 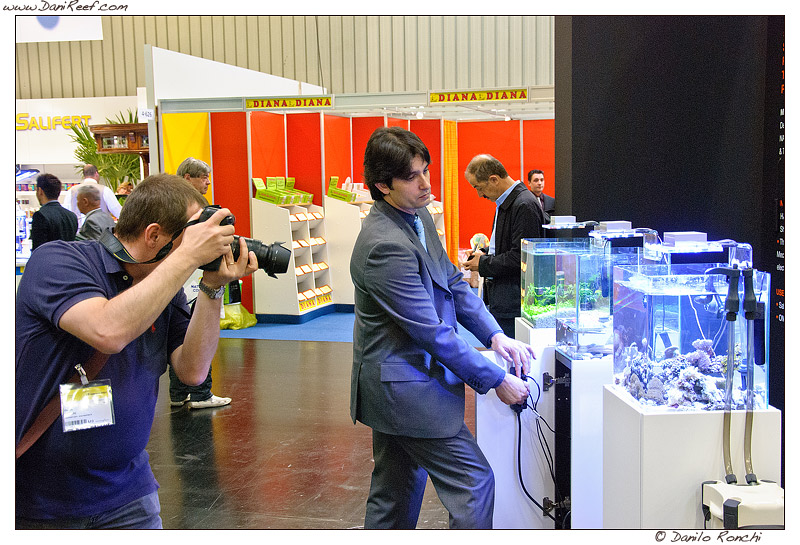 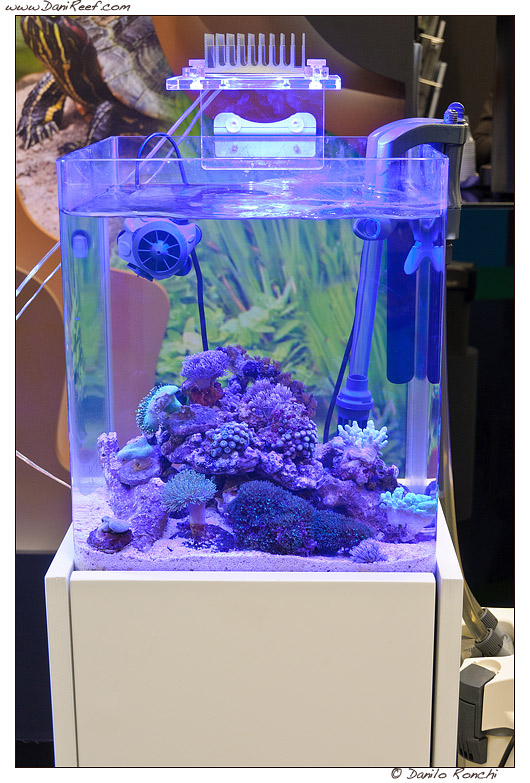 Here we see a nano reef with only the blue LEDs 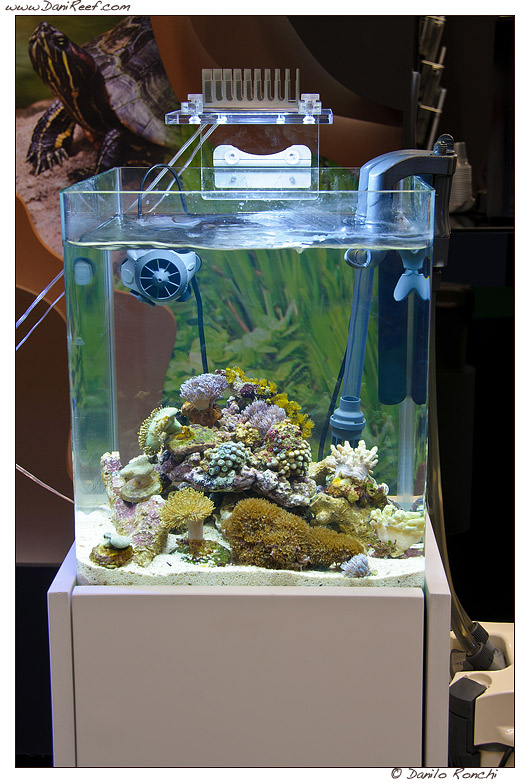 here with the only white LEDs, and I must say that the output was quite high 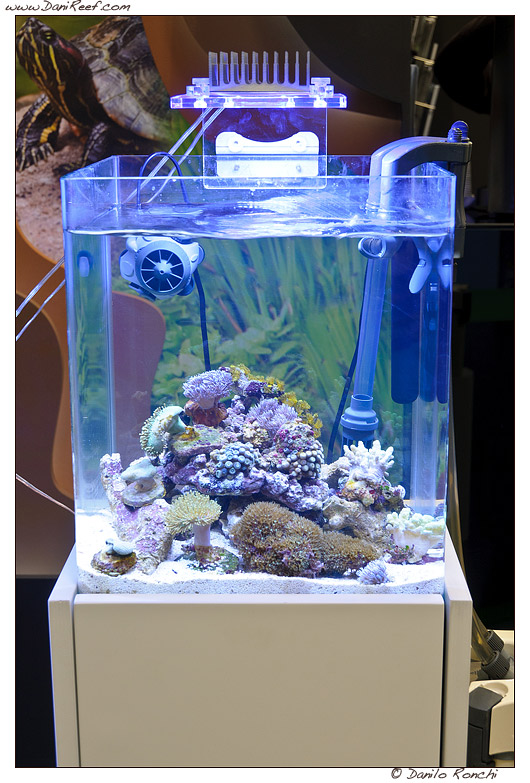 and finally with both channels turned on, for a coloring most suitable to the marine environment. Even if the photo is perhaps bluest than reality. 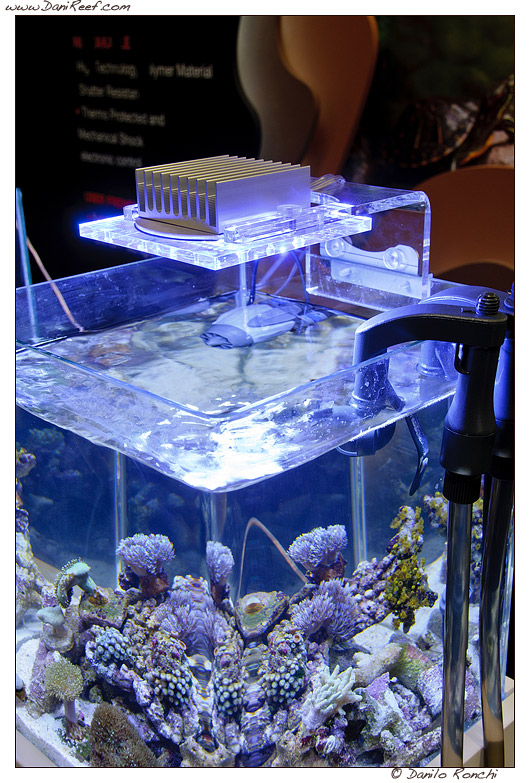 Here we can see the detail of the bracket and cooling 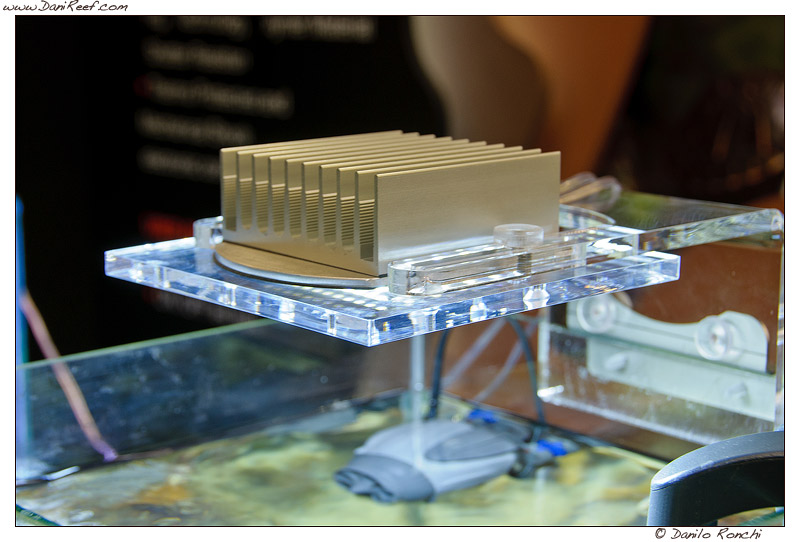 Here instead we see it even closer, with white lights 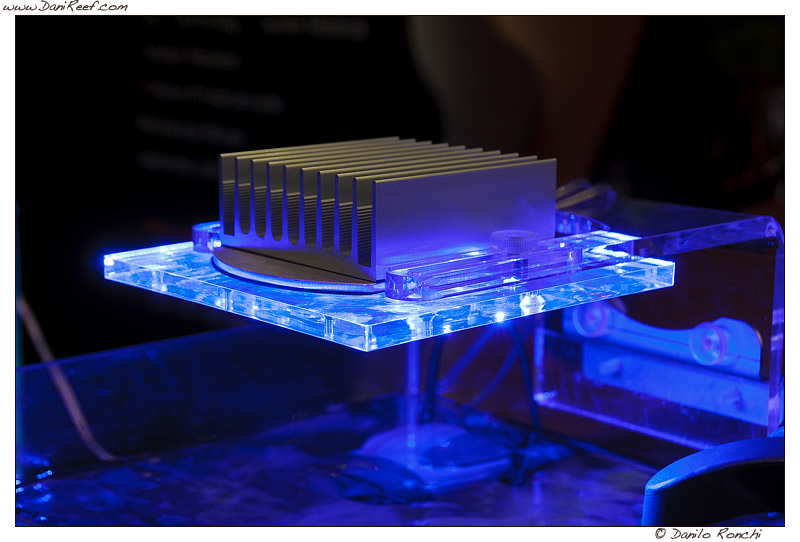 and with blue lights 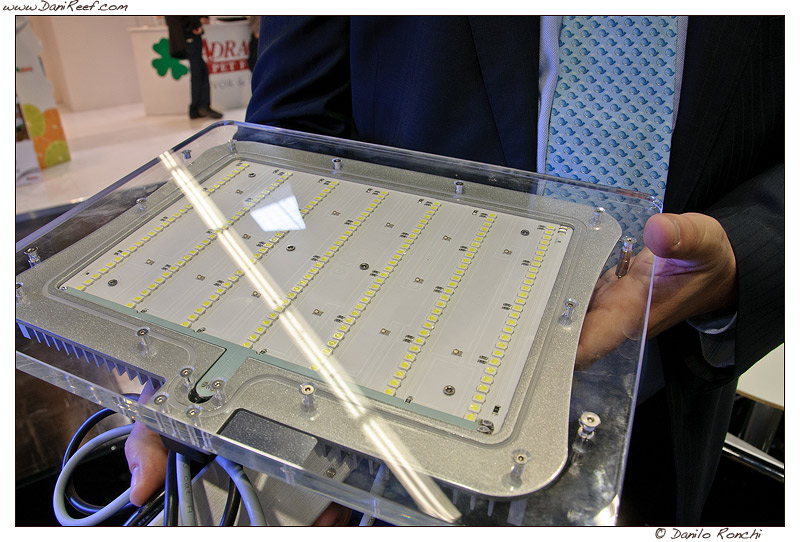 Natural continuation of small LED ceiling lights are the biggest and most powerful intended for tanks far more important. The lower part is watertight as can be seen from the pictures in which the gasket is noted between the aluminum profile and the cover. 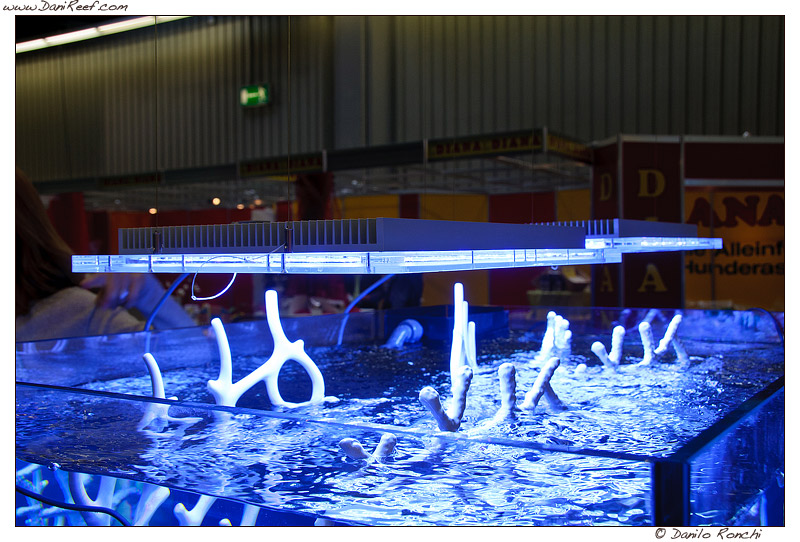 Here we see 2 lightings in action with only blue LEDs.

It ‘s interesting to note that the sicce has adopted a scheme with a lot white LEDs and very very few blue, to avoid waste due to the power of blue LEDs. And from the pictures you can see even in the presence of a few blue LED how light is still very well balanced. Evidently a good design choice. 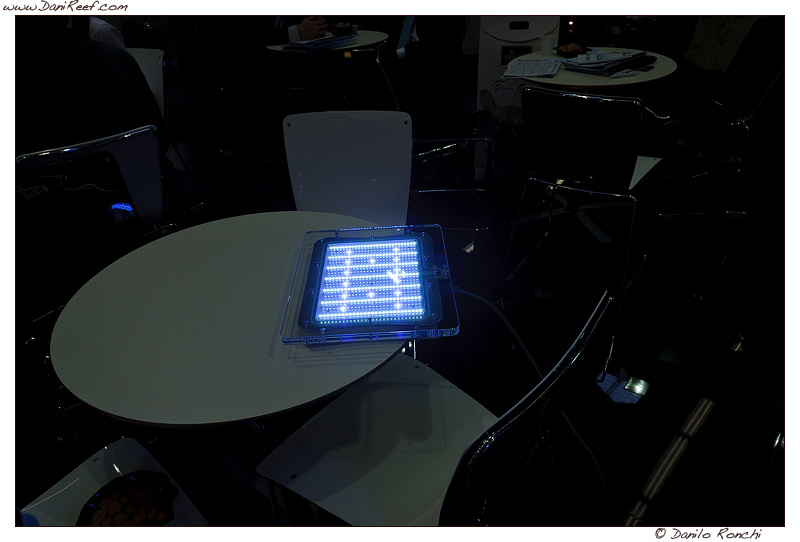 Here we see lying on the table on the stand 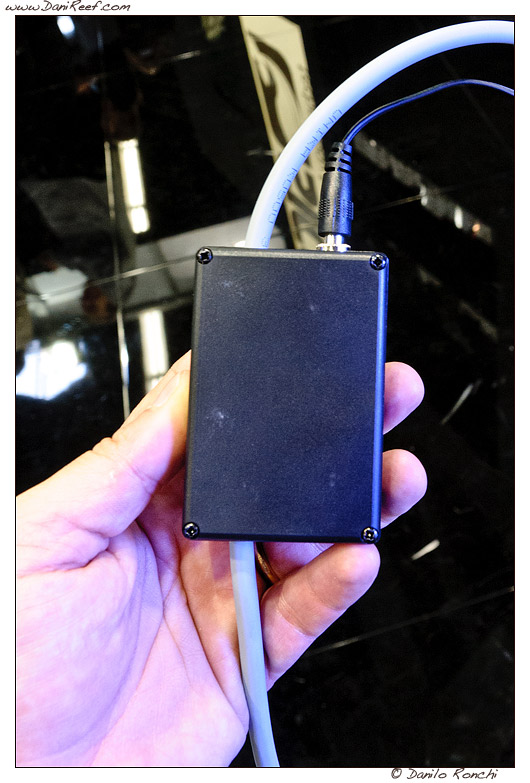 Another feature of these new lighting fixtures is that the electronics is contained in this little box shown in photo, is disconnected from the ceiling and then you can upgrade the electronics over time, without having to change the whole fixture. One strategy that I think will win mainly because is near to users. 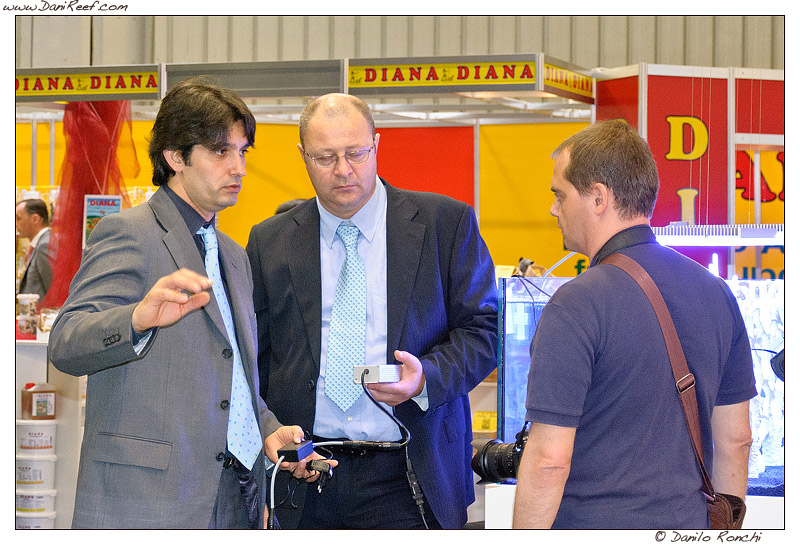 Interesting explanation of the LED lamps 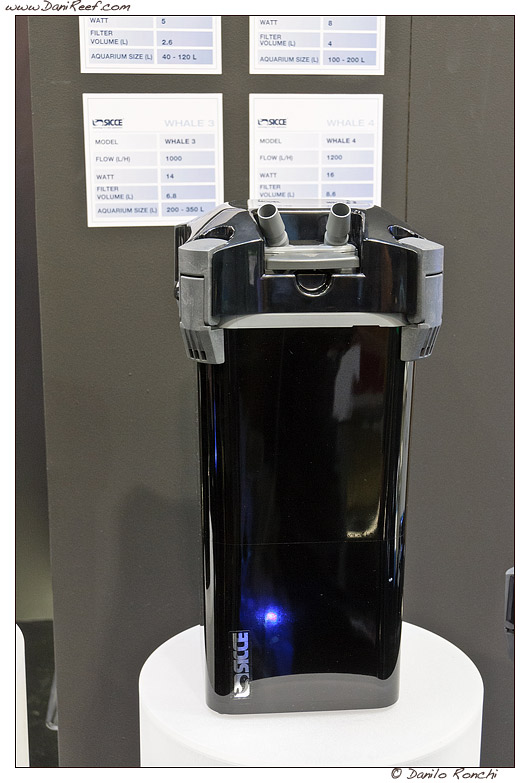 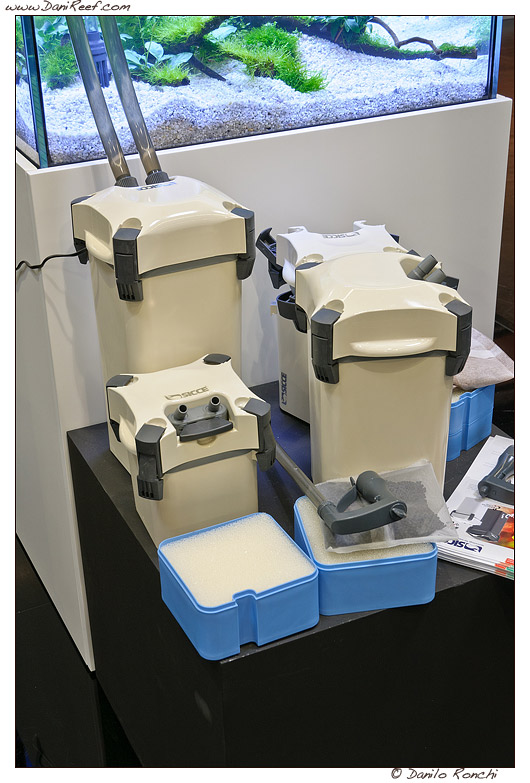 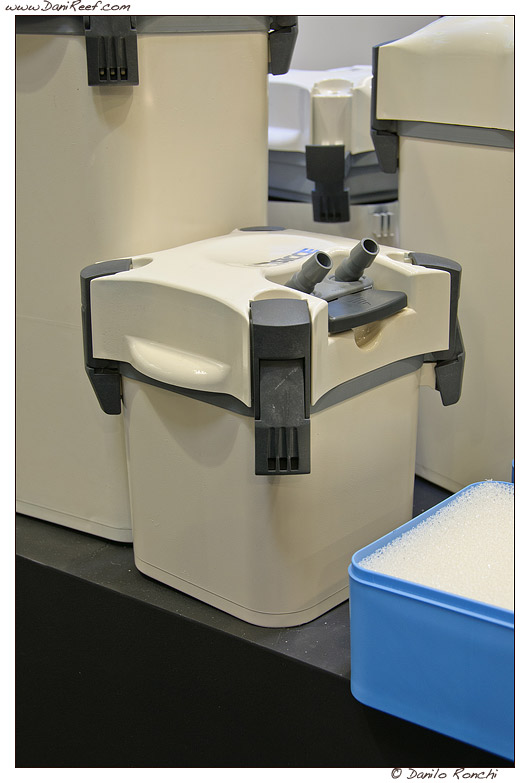 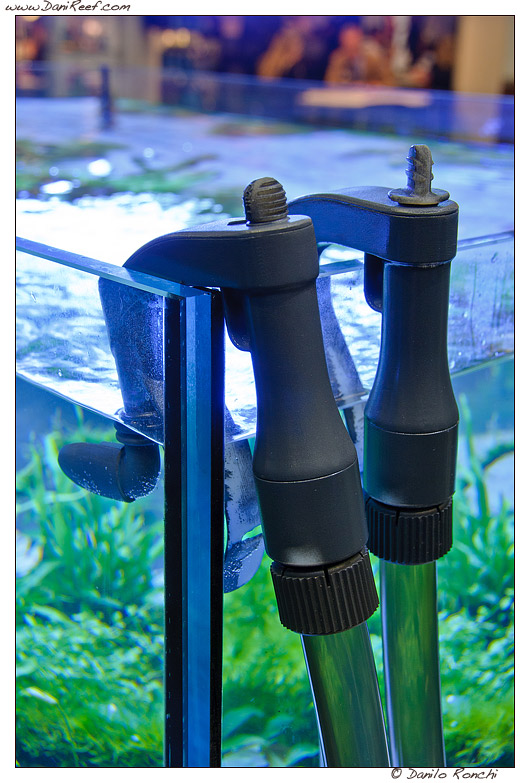 The particularity of these filters is that the connecting pipes can also be sold separately, as have been studied in a simple way to trigger the filter acting on the upper part of the plastic profile, and thus can be coupled also to old filters or filters of other competitors. A very interesting feature. 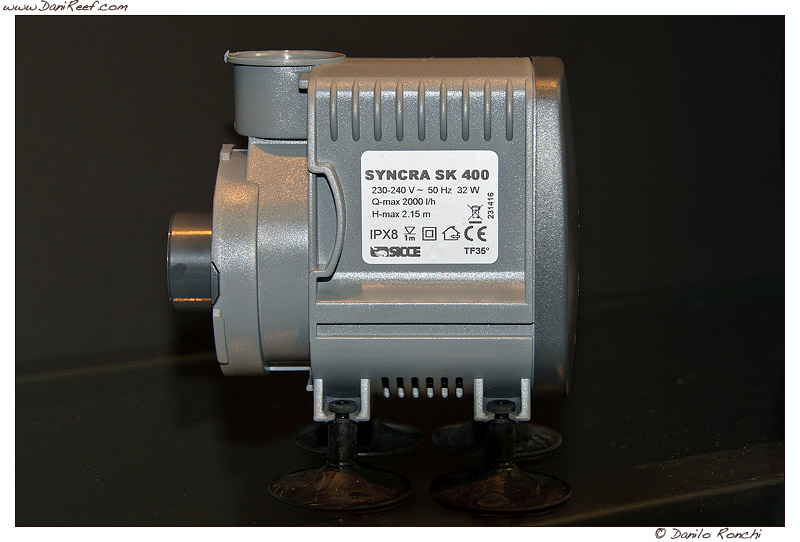 The latter features relate to the pumps. Research in this field, as we saw during our visit in the company, is continuous and unrelenting, and the pumps continue to have improvements on all fronts, making it more and more silent, powerful and power-friendly. 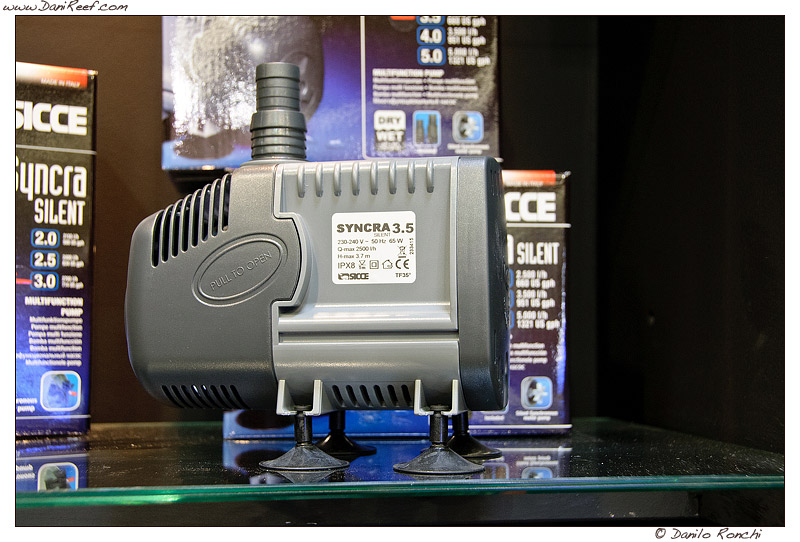 Unfortunately, we can’t see internal changes, or otherwise we are unable to perceive their utility, while we can clearly see this new version of the suction cups, which remind us the drones of the first films (those of the years 70) Star Wars. The suction cup is much higher in order to dissipate better the vibrations, isolate the pump and therefore to considerably reduce the noise. Of course, the suction cups can be cut to take the usual size. 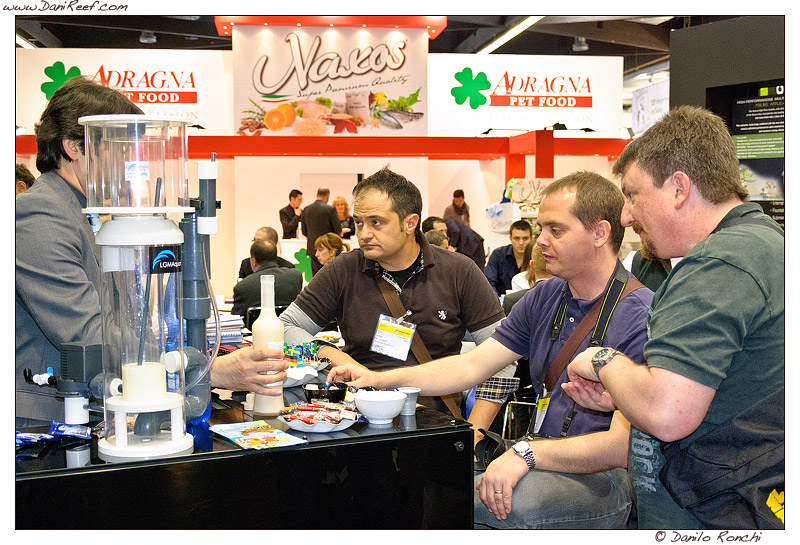 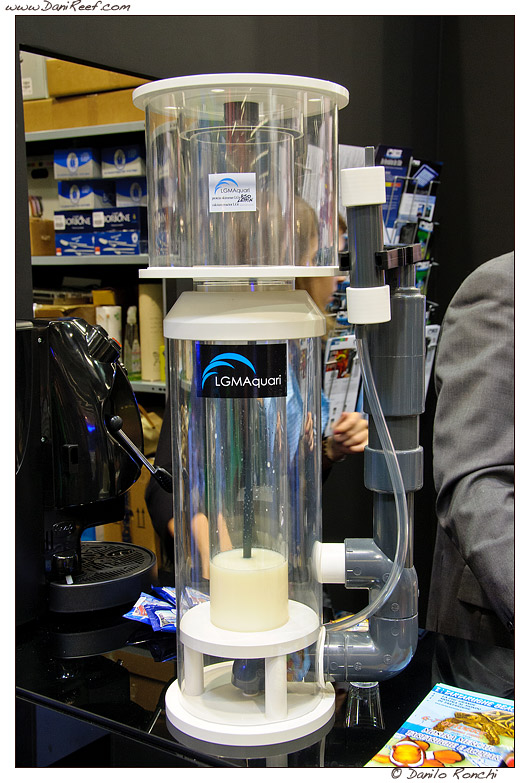 thanks to the brand new skimmer LGMAquari 850 Lemon 🙂 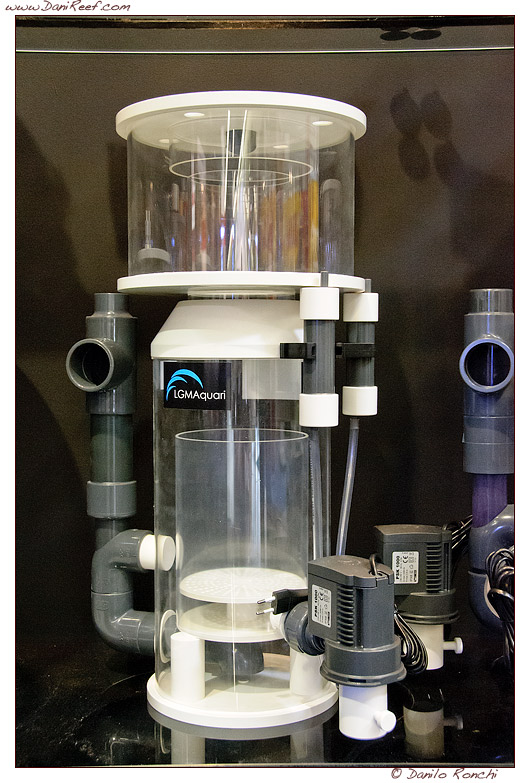 And here, after the hangover, a beautiful skimmer LGMAquari, in a great white finish

But LGMAquari also presented the opportunity to create furniture for aquariums with incredible finishes that unfortunately can not make it in the picture. 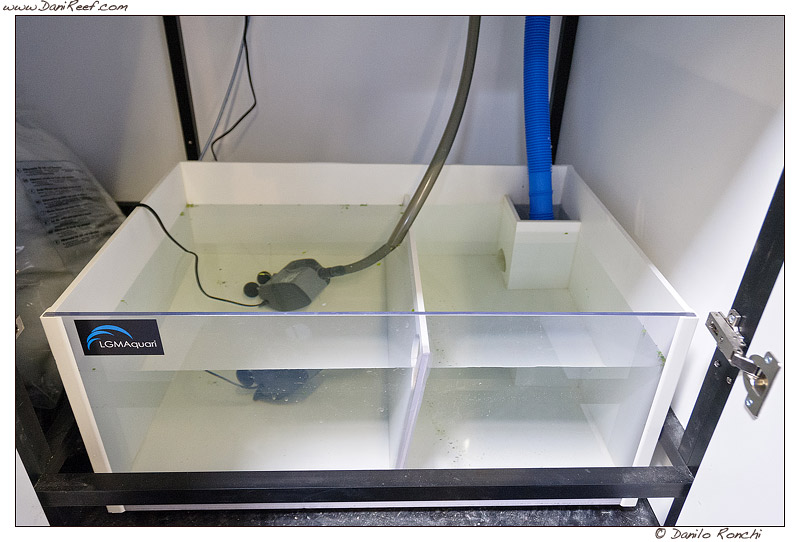 Instead, what you can see is the new PVC sump, beautiful, light and comfortable, with a settling compartment on the right which will also include the skimmer pump and the area left for all filters. Very well thought out in its simplicity. The hole in the septum of division is used, of course, to avoid risks leaving the pumps without water in case of malfunction. 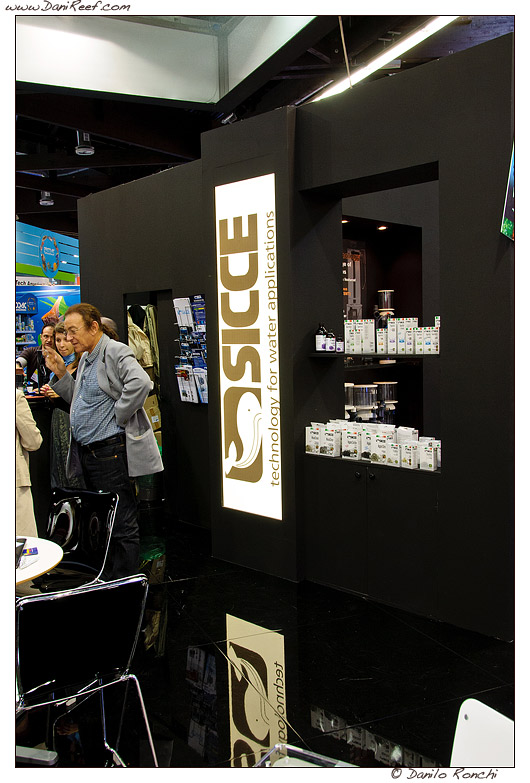